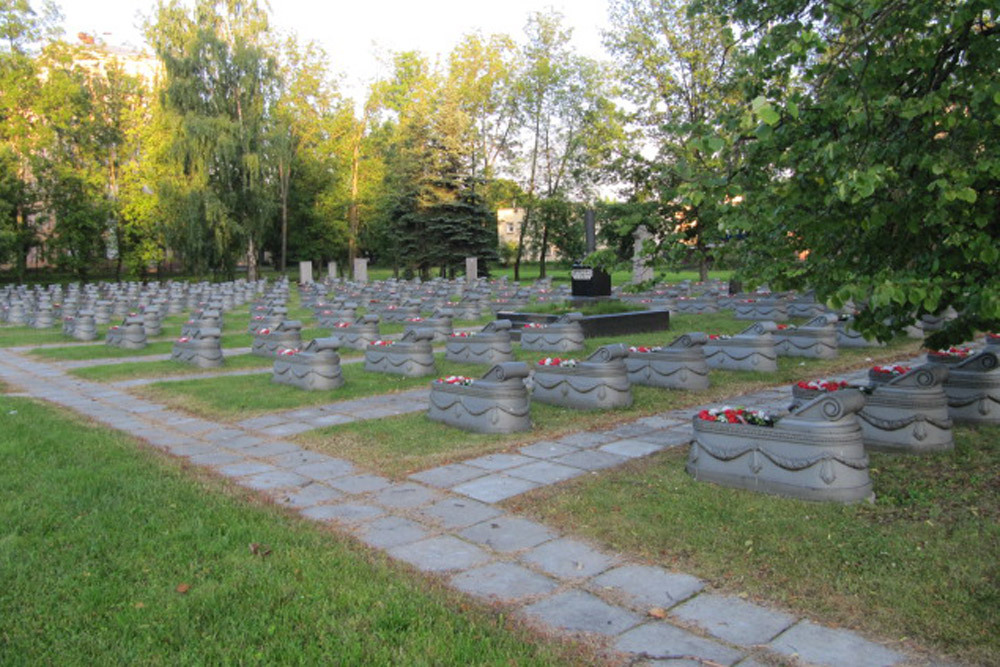 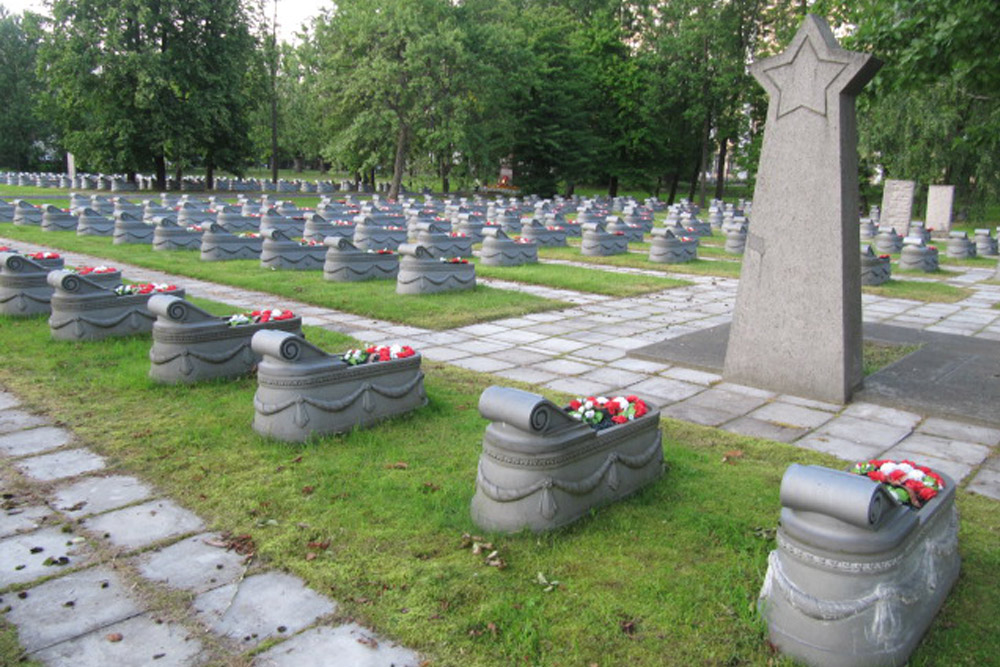 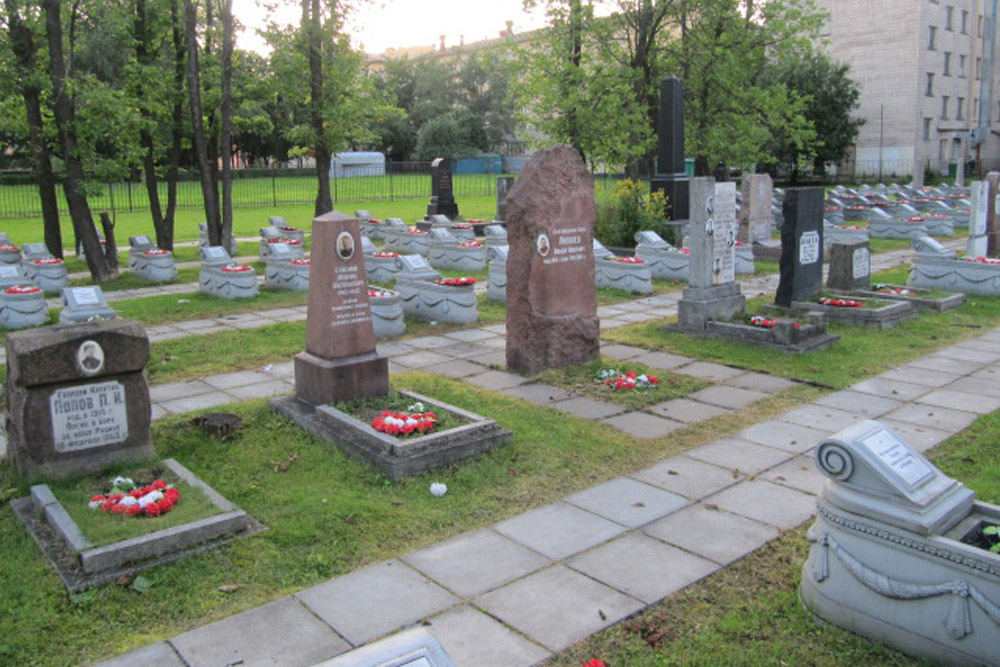 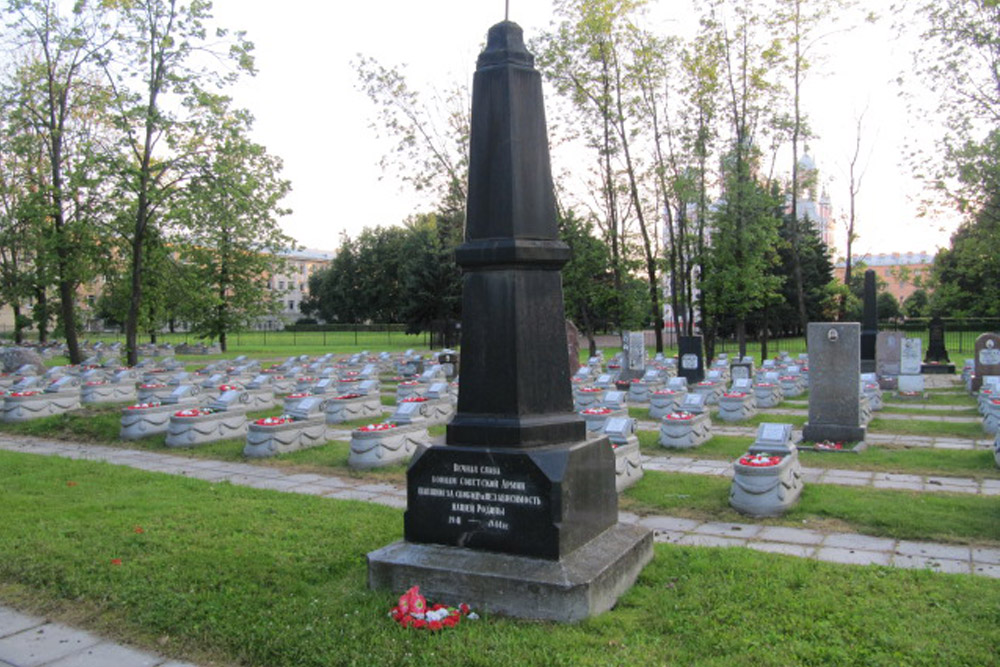 This military cemetery was established in 1836. The pre-WW2 graves were all demolished.

It contains the graves of 1528 Soviet soldiers and officers, including 5 Heroes of the Soviet Union, who fell during the Siege of Leningrad (1941-1945). It also contains the remains of Russian soldiers who fell in the First World War. 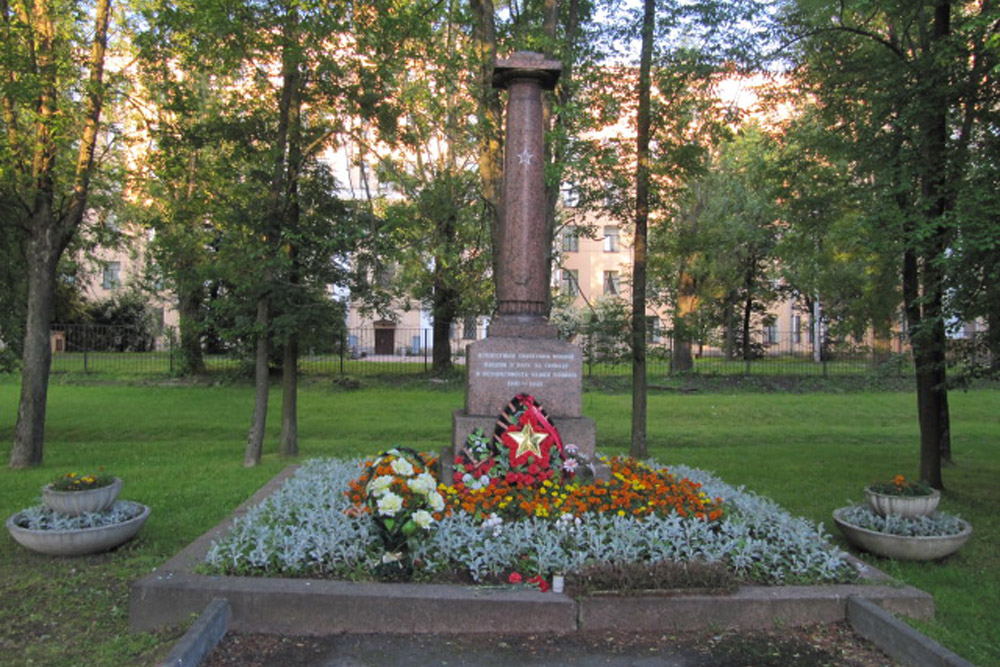