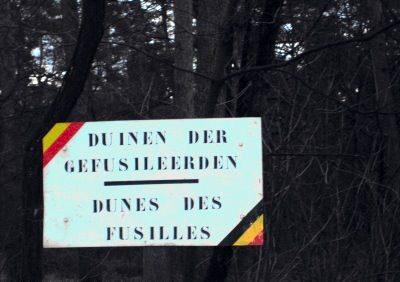 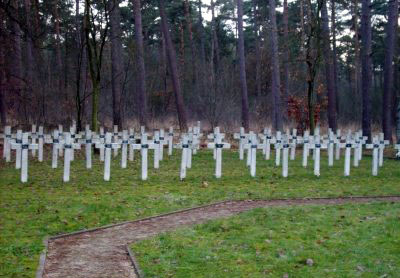 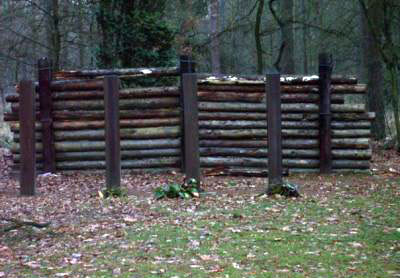 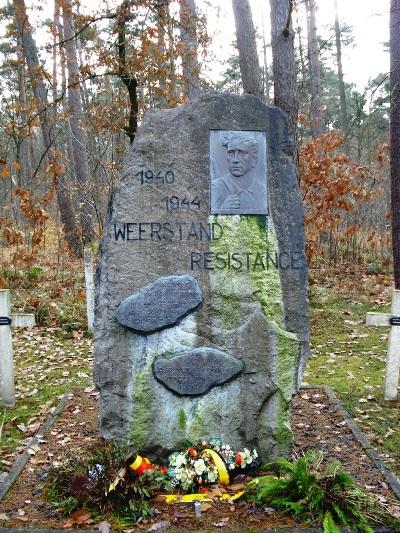 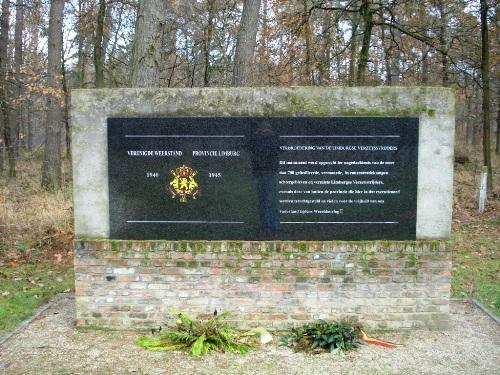 Early 1942 the German command decided to set up a secret place for executions in Belgium. The spot had to be well hidden in the forest and not accessible for ordinary people. The former grounds of the Belgian Army in Hechtel were chosen and in May 1942 the first hostage was executed in Hechtel.

The cemetry is located close to the Hechtel Leopoldsburg road. You have to turn at the military pumping station (a white house surrounded by a concrete wall). Then you will reach the concrete road (Doorgang E) which is army property, so do not leave this road. If you continue the road for a kilometer you will reach this point. So again, you may run into a military vehicle, so be sure not to go any further into the woods!

You will drive under an arch stating 1940-1944 and on your right side you will see a sign saying "Duin der gefusilleerden" ['Dune of the executed"]. If you continue you will see 4 poles to which the prisoners were tied and behind it a wooden fence to stop the bullits. Further on you will find the graves.

An estimated 204 bodies were found. It is certain that also 2 British pilots were executed here, but only one of them was found during the exhuming of the grave after the liberation. Other than that officially there are no more more remains to be found in the cemetry. Everyone that was killed was sent back to their country of origin. There are still concrete crosses with names there.