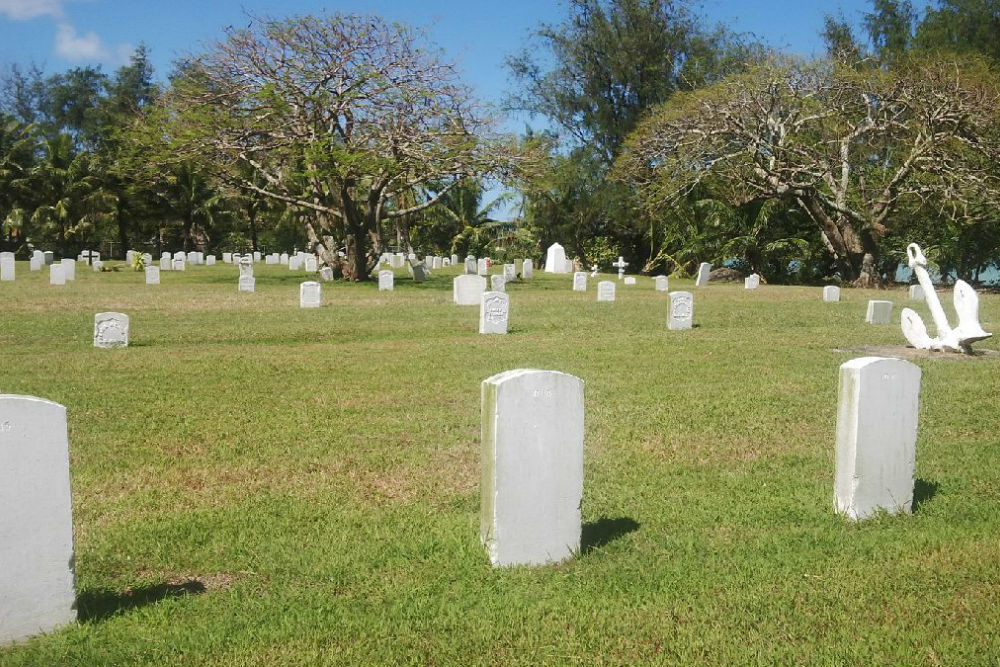 The earliest grave maker at the Agana U.S. Naval Cemetery is dated 1902. In 1899, the United Stated Navy assumed control of Guam, and designated the Department of the Navy to administer the island. Shortly after the Naval Government of Guam was established, Agana U.S. Naval Cemetery was created. The cemetery was built in what was the prewar Barrio de San Antonio and is the final resting place for 254 souls. As a Naval Cemetery, veterans of the Spanish-American War, World War I, World War II and the Korean Conflict are resting here. Several original grave markers erected prior to WWII are still intact.

In addition to veterans, military dependents, and U.S. Citizens were also buried at the cemetery. An area in the cemetery was also used to bury German Sailors that died in the scuttling of their ship, the SMS Cormoran (1917) in Apra Harbor. The last recorded burial was in 1955.