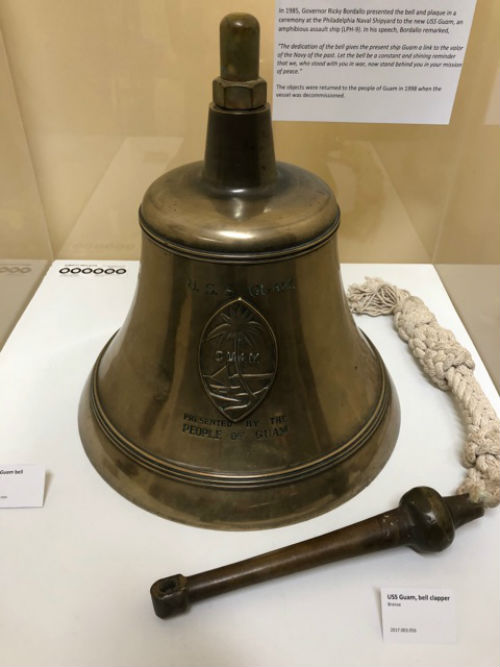 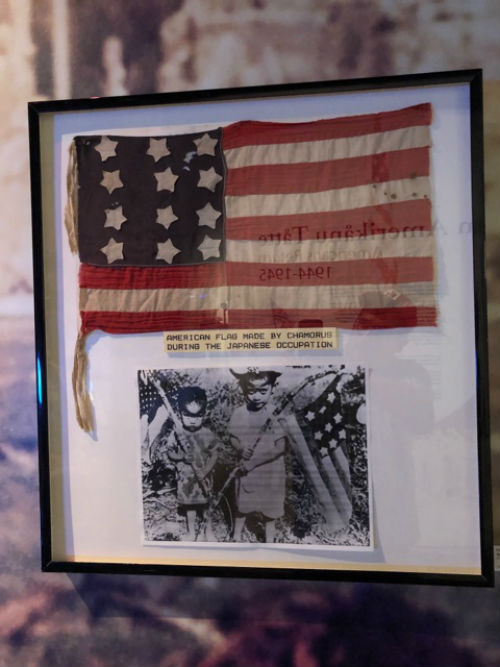 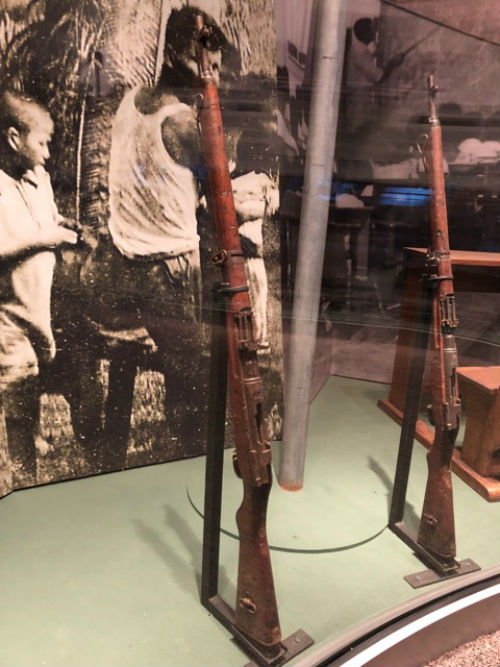 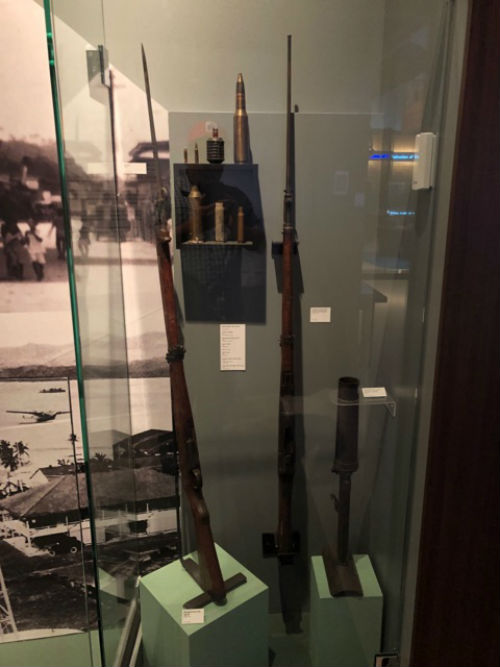 Found on display in the WWII section of the Guam Museum are Japanese Type 99 Arisaka Battle Rifles, a Type 89 Grenade Discharger (aka "knee mortar") and Type 97 Hand Grenade.

Also on display is a ships bell belonging to the USS GUAM: in 1927 the Guam Chamber of Commerce raised funds to buy a bell for the USS GUAM PG-43, an American gunboat deployed in China. Practically the entire island participated including school children who contributed a penny each raising $703.92 for the cause. The bell was presented to the ships commander in 1929. The USS GUAM , built in Shanghai, China was launched in 1928, but was later re-christened WAKE and was captured by the Japanese on December 8th 1941. The second USS GUAM CB-2 was built in 1941 and launched in 1943. Its construction was sponsored by Mrs. George McMillin, whose husband Captain McMillin , was the naval governor of Guam at the time of the Japanese invasion and a prisoner of war.

The Bell was unaccounted for during WWII until 1954 when it was located at the Marine Barracks in Guam. It was then displayed at the Nieves Flores Library in Agana. In the 1980's, a letter campaign was started by former military members to return the bell to the Navy.

In 1985, Governor Ricky Bordallo presented the bell in a ceremony at the Philadelphia Naval Shipyard to the new USS GUAM LPH-9, In his speech, Bordallo remarked, "The dedication of the bell gives the present ship Guam a link to the valor of the Navy of the past. Let the bell be a constant and shining reminder that we, who stood with you in war, now stand behind you in your mission of peace."

The bell was returned to the people of Guam in 1998 when the USS GUAM LPH-9 was decommissioned. The bell is now displayed in the Guam Museum.