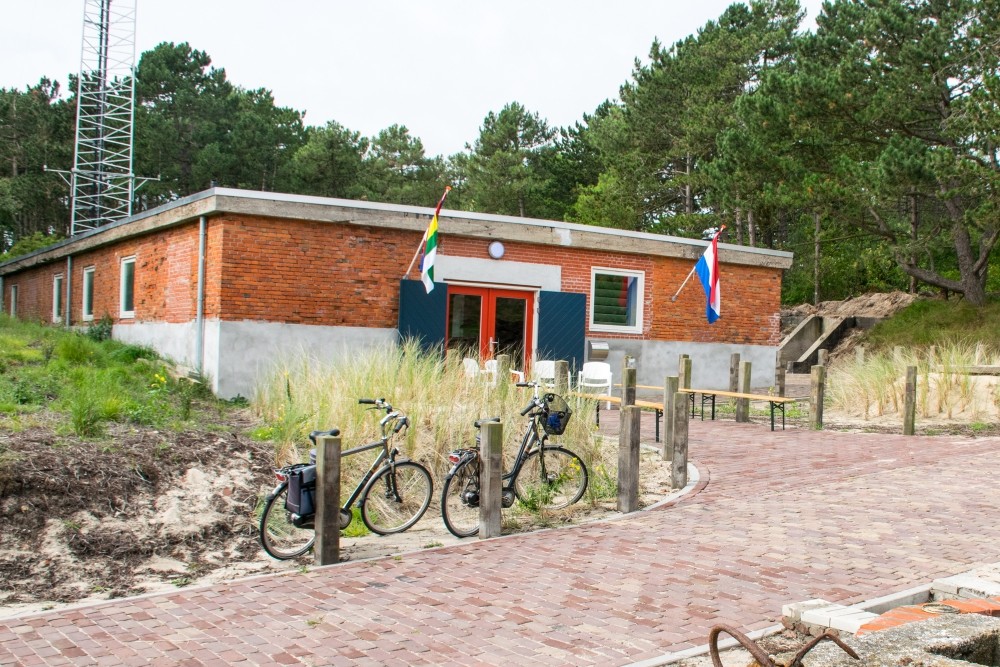 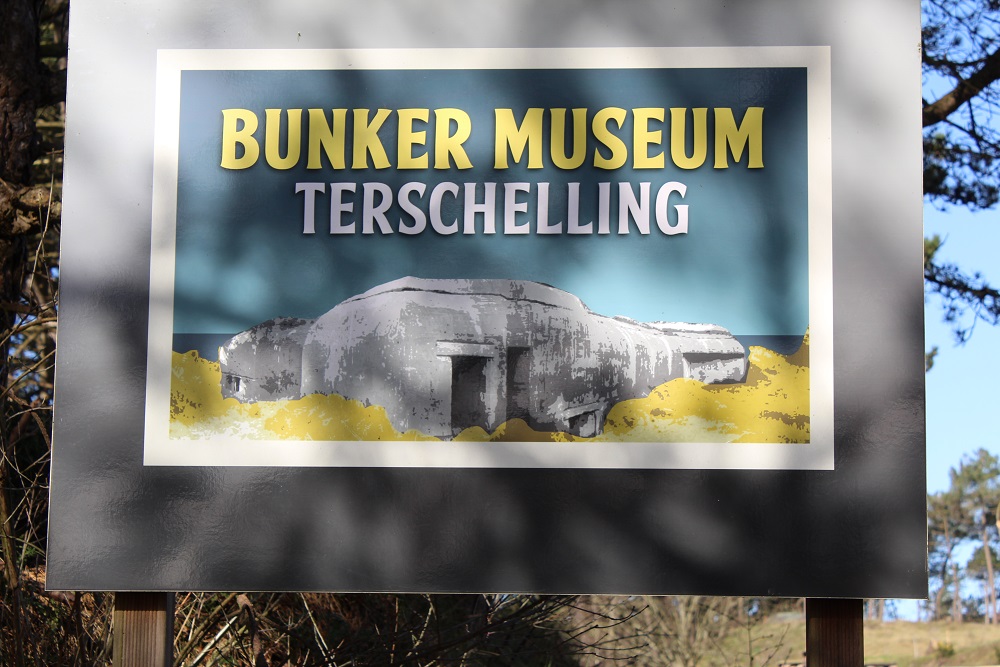 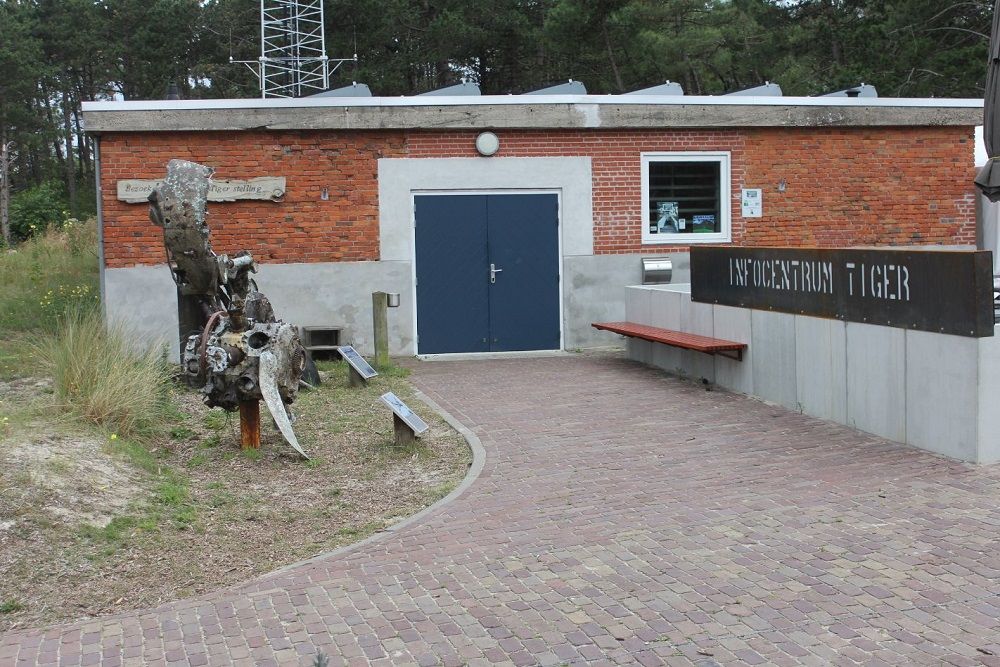 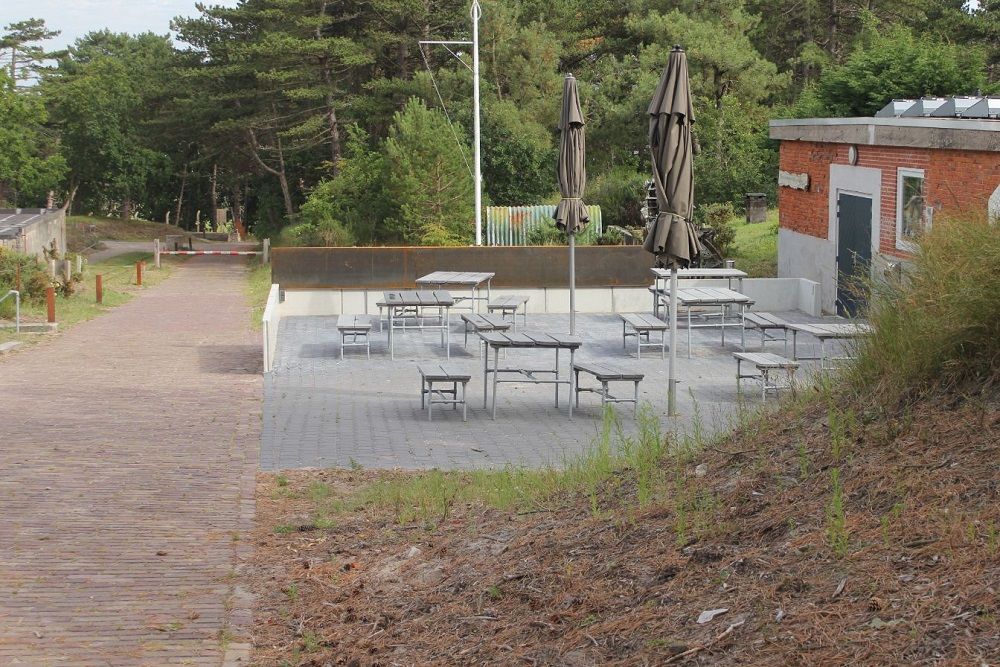 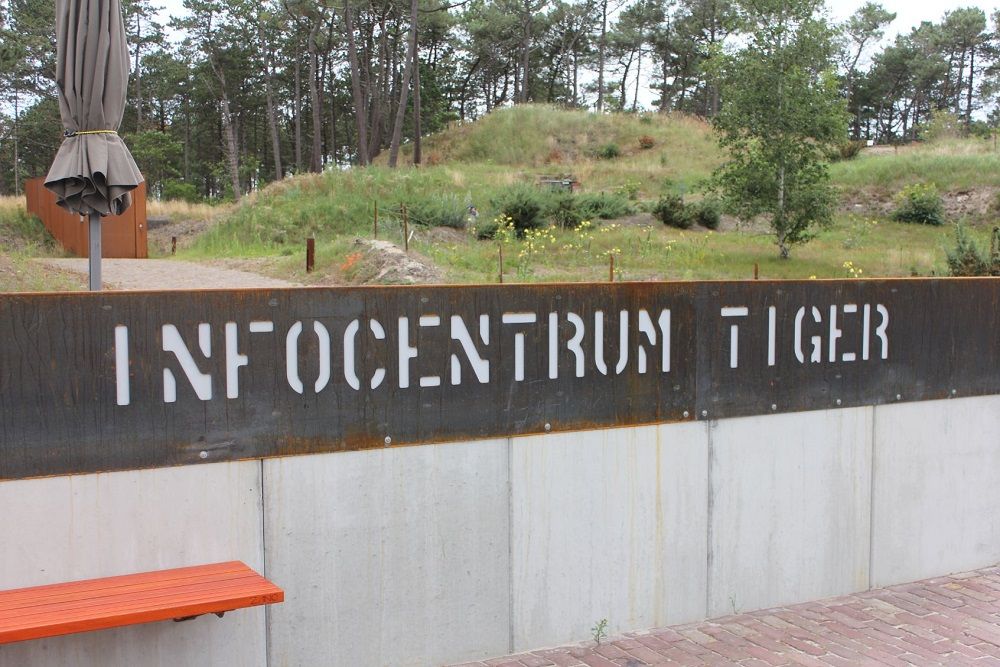 The original name of this type of bunker is "Wirtschaftgebäude". This is one of the few buildings built entirely above ground. The German name of this huge brick building indicates a commercial function, but in reality this bunker served as a relaxation room or canteen where, among other things, people eaten and sometimes film or party nights were held.

The building was fitted with special wall decorations inside, which unfortunately largely disappeared during the post-war use by the Dutch Air Force. Two large stoves with a beautiful fireplace and various decorations gave the whole a homely atmosphere.
After the war, a request was made to house a Catholic church. And also a request from the Frisian art circle to use the building as a gallery.

The Dutch Air Force used the building as a maintenance garage for their vehicles. In the times when the Noordsvaarder served as a shooting range and military training area for fighter aircraft. The canteen roof was the first landing site for helicopters on Terschelling.
Today the building houses the information center of the Bunker Foundation.