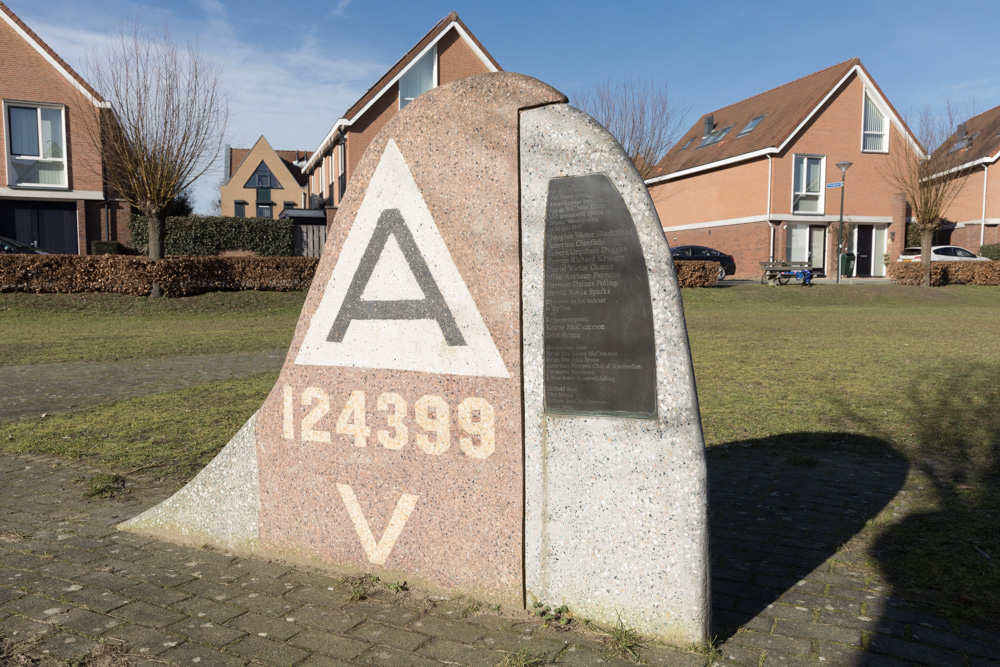 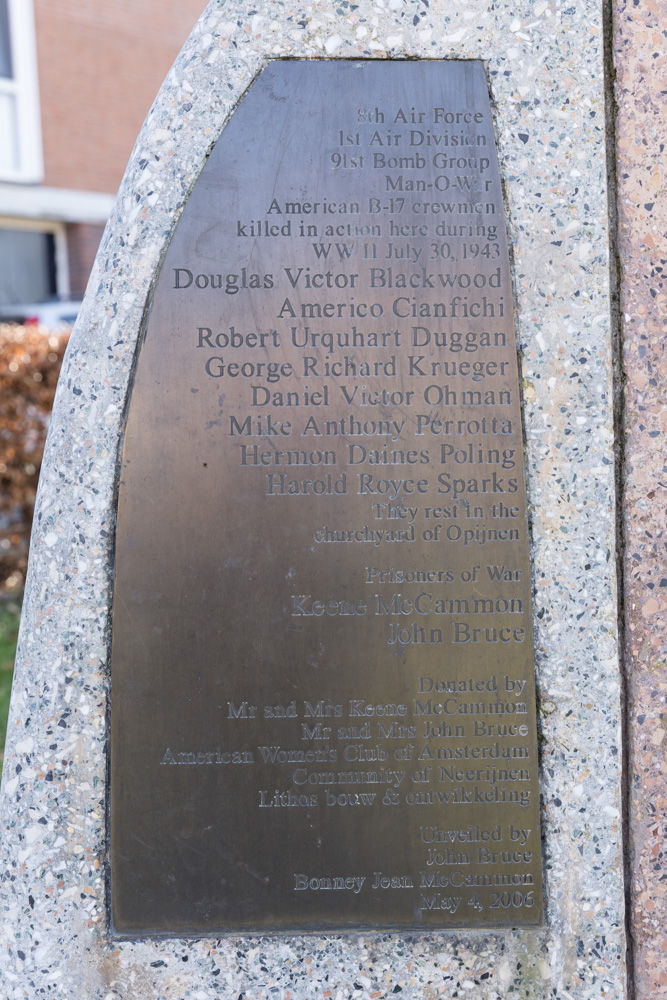 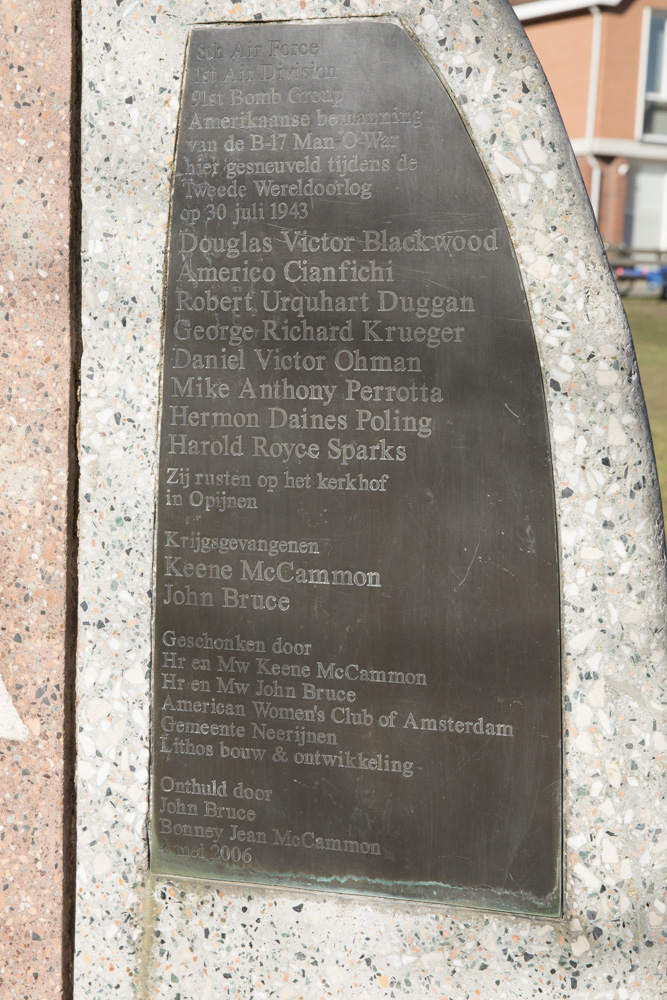 In Opijnen in a newbuild area this Memorial can be found. The Memorial honours the American crew members of the B17 'Man-O-War' that crashed in Opijnen on July 30th 1943. Eight of the ten crewmembers didn't survive the crash, they are buried in the Protestant churchyard in Opijnen. At the churchyard is also a memorial to express gratitude to the people of Opijnen for honoring the eight American crew members who were killed in action.

The two crew members that did survive the crash are:

In the surroundings of this memorial ten streets are named after those who crashed in Opijnen, these streets can be found: