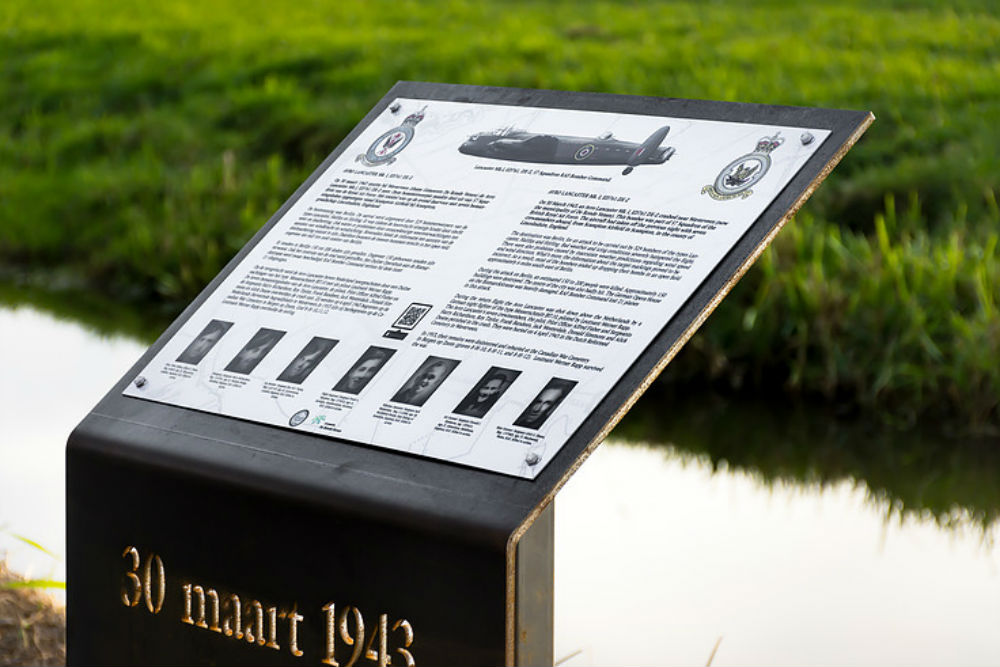 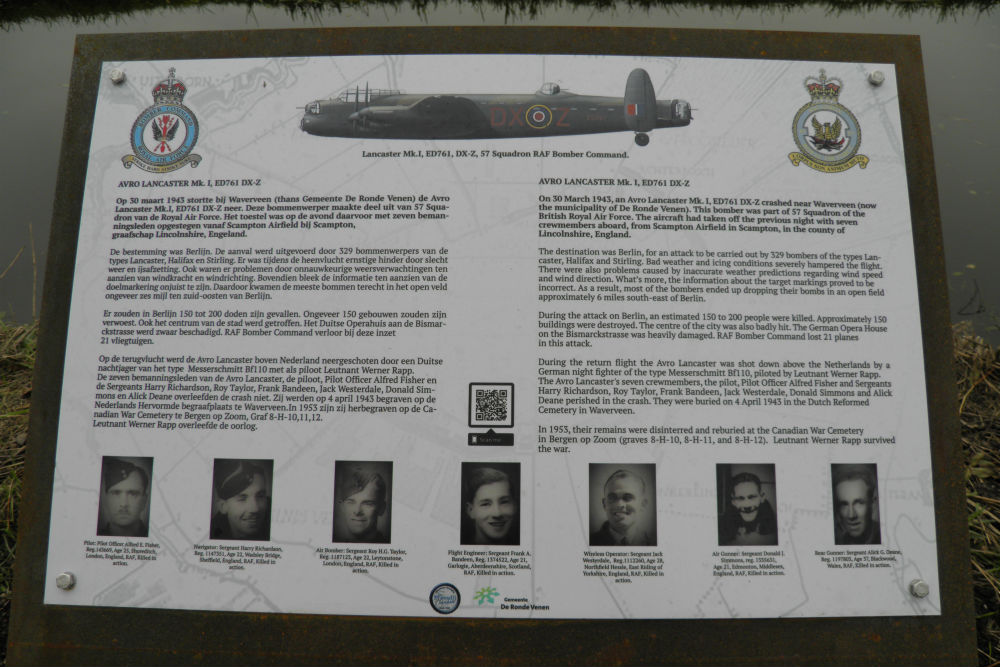 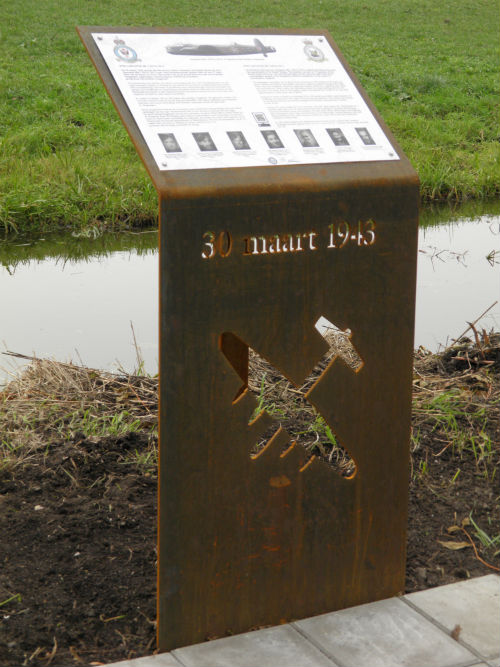 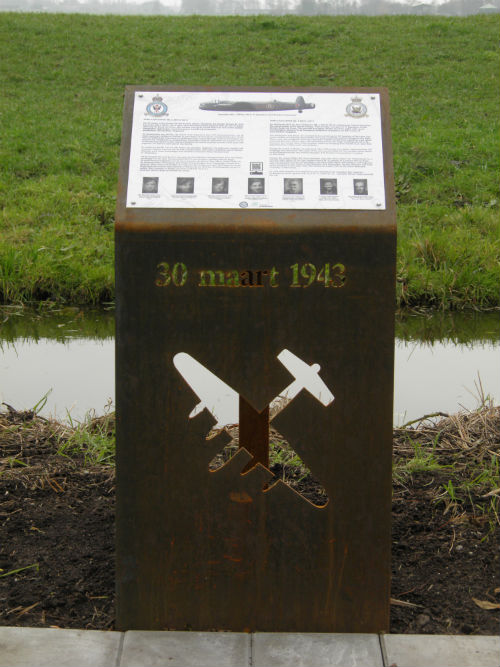 This mission of RAF Bomber Command was done by 329 bombers (162 Lancasters, 103 Halifaxes and 64 Stirlings) and the target was Berlin (Germany). 21 (6%) of these bombers would not return to England. With those 21 was Lancaster ED761, DX-Z, which would crash at Waverveen (The Netherlands).

Due to bad weather and wrong weather forcast the bombers had difficulty reaching the target area. At 21:49 hours, Lancaster ED761, DX-Z, took off from its base Scampton in England. The crew had already flown 17 successful sorties.Today Flight Engineer Griffiths was replaced by Sergeant Bandeen. The bombload for ED761 was 1x 4000Lbs HC bomb and 12 SBC's each with 8x 30Lbs incendiary bombs.

​The flight to Berlin went over Denmark to dodge the enemy nightfighters and anti aircarft guns (Flak).Around 01:00 hours, Berlin was bombed and the bombers started their flight home. The ED761 took a course more south than originally planned, maybe because of damage or a defect. In The Netherlands, all nightfighter bases prepared themselves to intercept the returning bombers.

At 03:30 hours, a Messerschmitt Bf110 nightfighter of the 7th Staffel of Nachtjagdgeschwader 1, with pilot Lt. Werner Rapp and wireless operator/ gunner Uffz. Hans Ortmann on board, took off from its airbase Deelen near Arnhem. They were assigned to radarsection "Hase" near Harderwijk and were guided towards the returning ED761 which was flying south of Amsterdam.

Rapp made an attack on the Lancaster and the bomber was hit and started to catch fire which led to an explosion. Around 04:11 hours the bomber crashed in a pasture (grassland) beside the Veldweg in Waverveen. The bomber crashed with high speed and caused a big crater in the field.

The whole crew was killed during this incident.

On April 4th 1943, the crew was buried at the cemetery behind the Dutch Reformed church at Waverveen.

After the war, members of the Dutch Internal Armed Forces (NBS), section Vinkeveen-Waverveen, adopted the graves and organized memorial services on May 4th, (Dutch Remembrance day).

In 1953, the remains of the crewmembers were reburied at the Canadian War Cemetery, Ruytershovenweg in Bergen op Zoom (The Netherlands), where they were given their final resting place in a collective grave at plot 8, row H, grave 10-12.