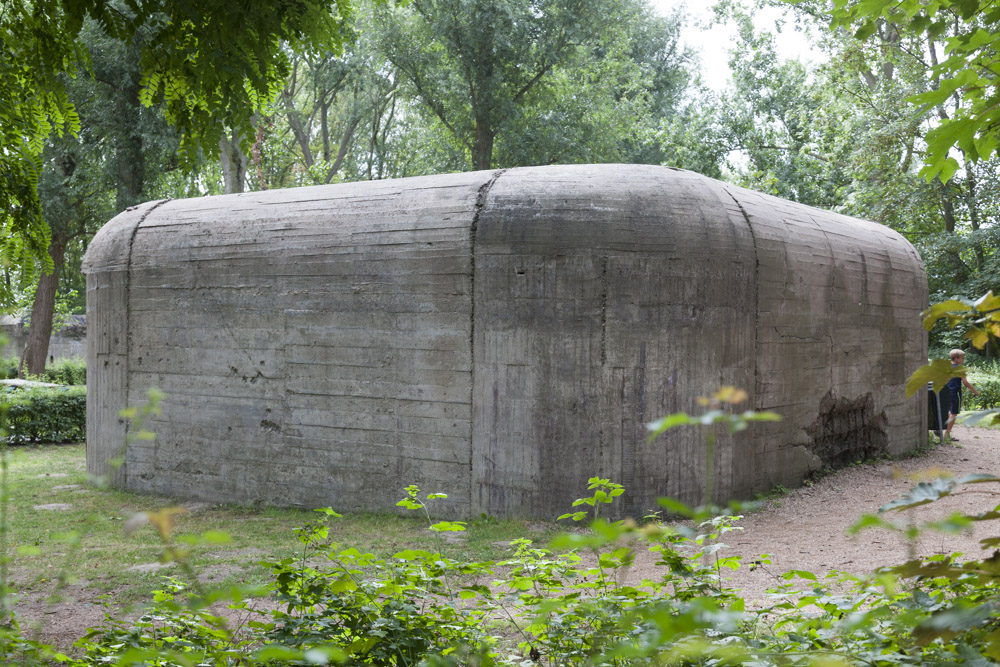 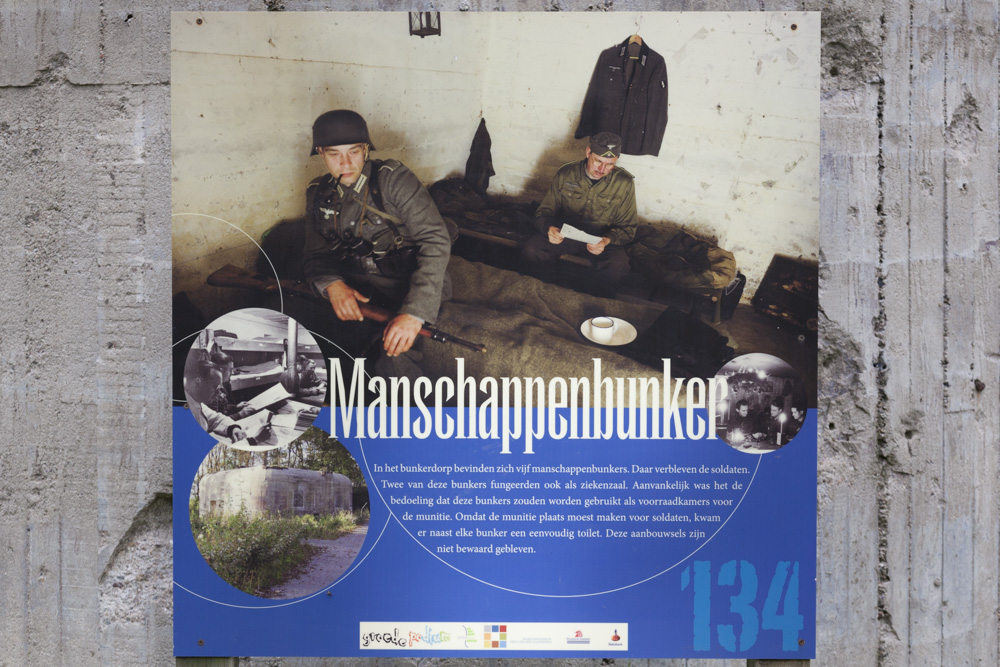 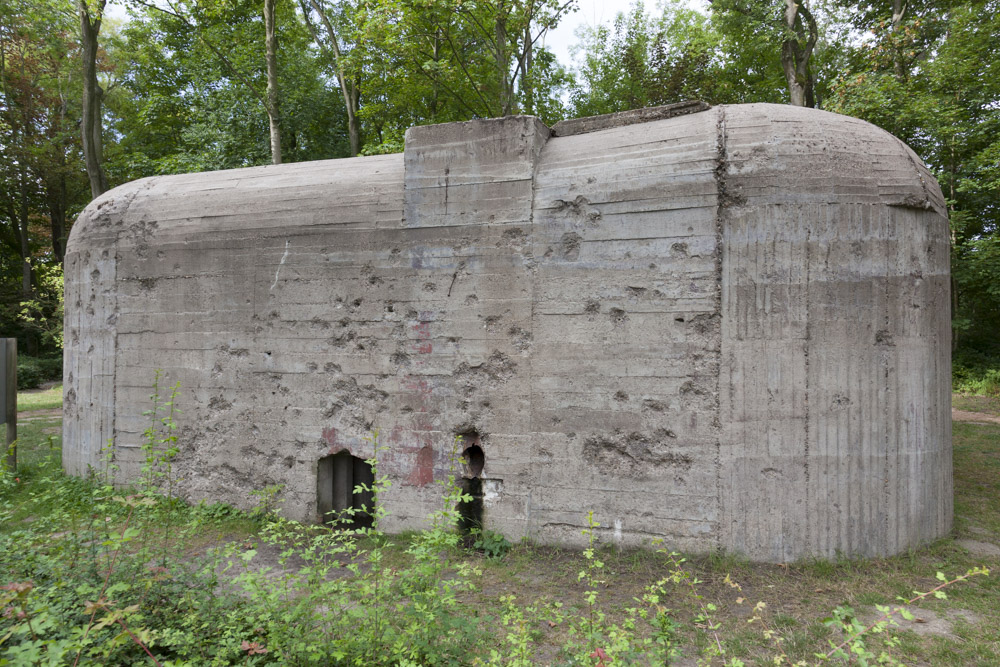 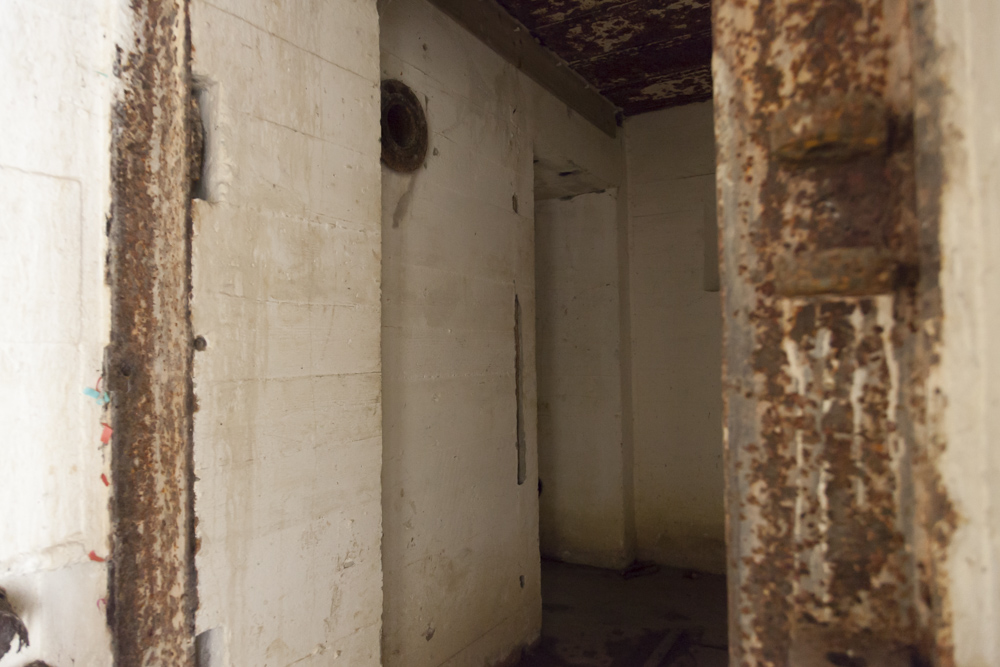 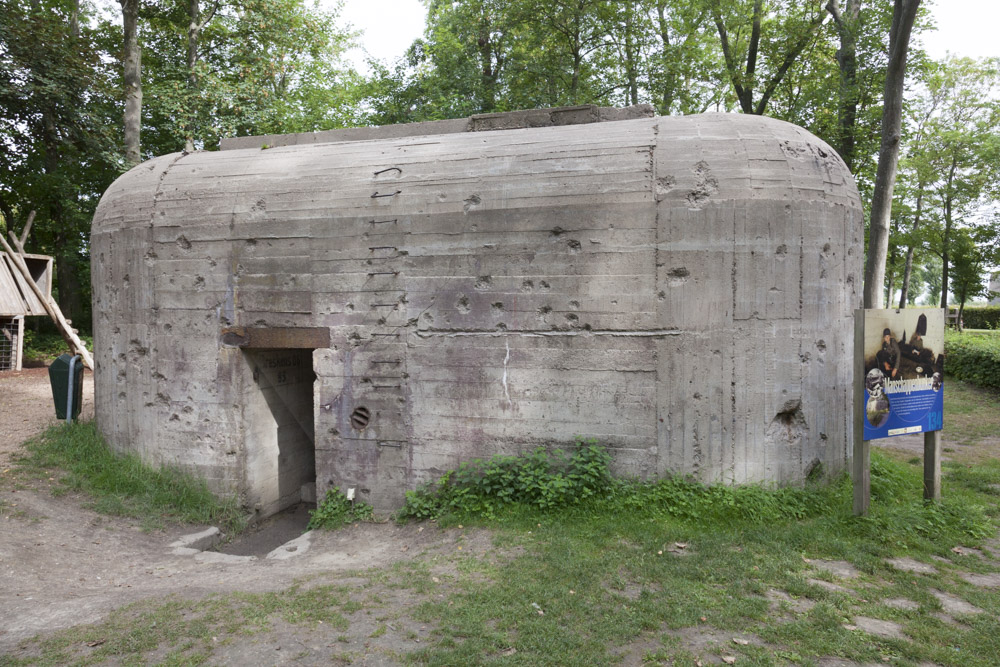 The bunkers in this German Stützpunkt were built during two periods. The first period was that of the pre-Atlantic-Wall. During this period, two bunkers of Stp. Groede were built as so called Verstärkt Feldmässige Ausbau (v.f.). In the Ständiger Ausbau (St.)period, any type of bunker had its own number and expanded construction plan. Of this type, nine bunkers were built in STP. Groede.

After the war there was a plan to realise a deer park in the 'Bunker Village' because the cost of demolishing the bunkers (fl 300,000) were far too high. The German concrete roads, the three gun emplacements and the brick building were allowed to be demolished. In the 1970s the deer park was renovated. The bunkers were dug out and were included in the plan. During the excavation of the area, many wartime artefacts, as well as camouflage murals were found.