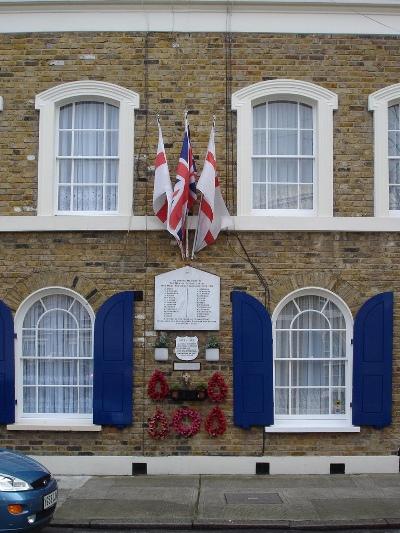 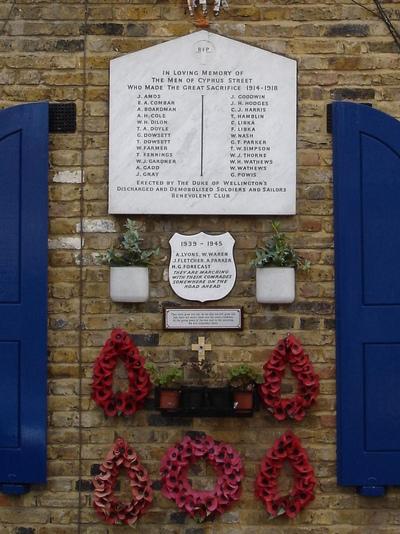 This memorial commemorates the residents of Cyprus Street who gave their lives for their country in World War I and World War II.

Many of these local memorials were erected after the First World War and normally intented to be temporay. This is one of the few that remained and after the Second World War, the names of those who died in that war were also added to the memorial.