Memorial of the Missing Tower Hill 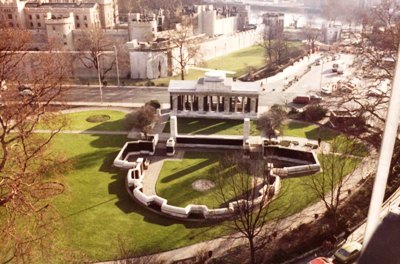 The Tower Hill Memorial commemorates men and women of the Merchant Navy and Fishing Fleets who died in both World Wars and who have no known grave.

In the Second World War, losses were considerable in the early years, reaching a peak in 1942. The heaviest losses were suffered in the Atlantic, but convoys making their way to Russia around the North Cape and those supplying Malta in the Mediterranean were also particularly vulnerable to attack. In all, 4,786 merchant ships were lost during the war with a total of 32,000 lives. The First World War section of the Tower Hill Memorial commemorates almost 12, 000 Mercantile Marine casualties who have no grave but the sea. The Second World War extension bears almost 24,000 names.