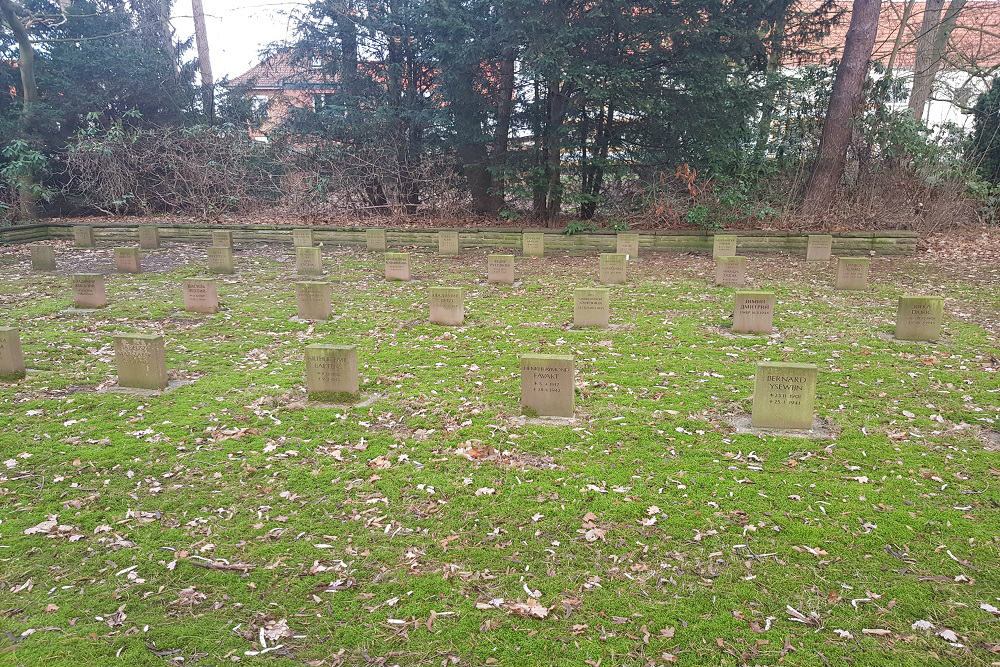 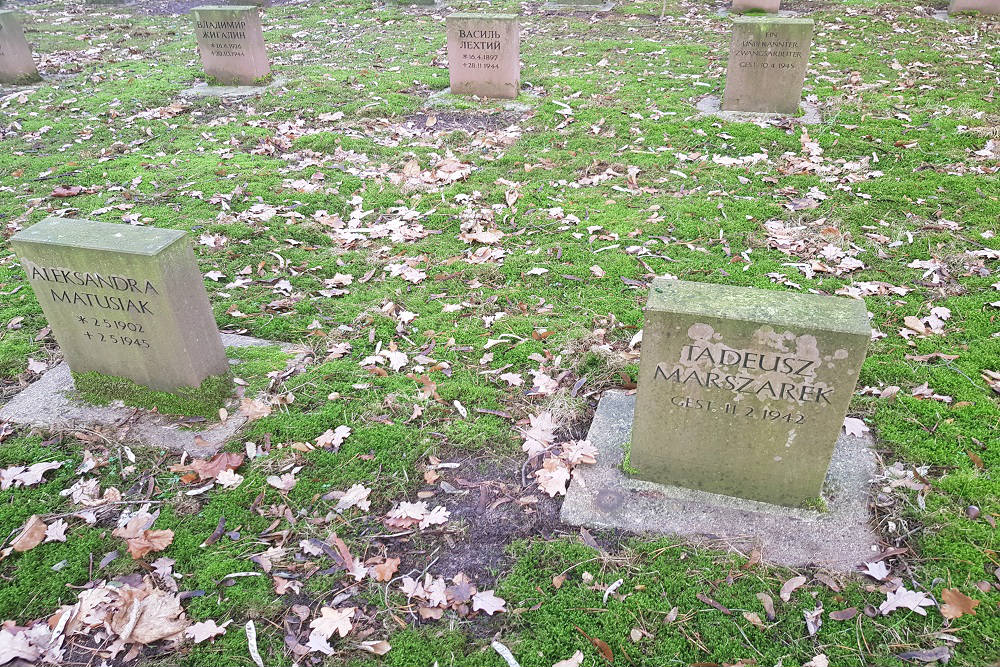 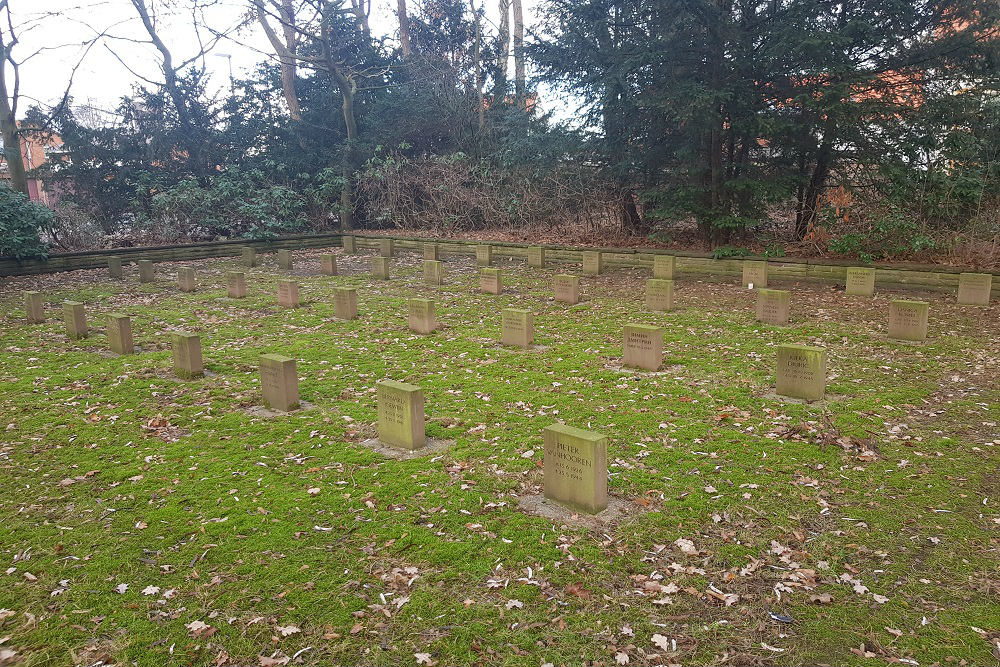 In this cemetery are buried 32 forced labourers (29 men and 3 women) and 5 children of forced labourers. During the war the deceased were buried in a mass grave on the edge of the cemetery but soon after the end of hostilities the city of Nienburg disinterred the individuals, identified them as best they could and reinterred them in this special cemetery. Their graves are marked by small square stone blocks that carry the name of the deceased in their native language, their date of death and, where it has been possible, their date of birth. Buried here are 15 citizens of the former Soviet Union (1 unidentified), 14 Polish citizens, 4 Belgians, 3 Yugoslavians and one man of unknown nationality. Of the 5 children interred here 4 were just babies less than a year old (2 Russian, 1 Polish and 1 Ukranian).