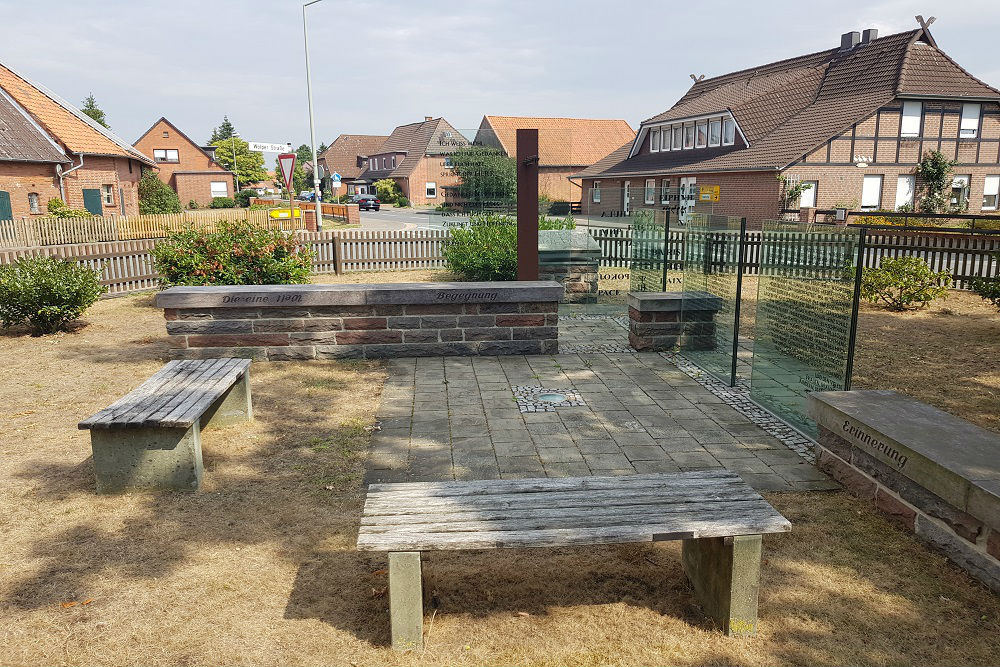 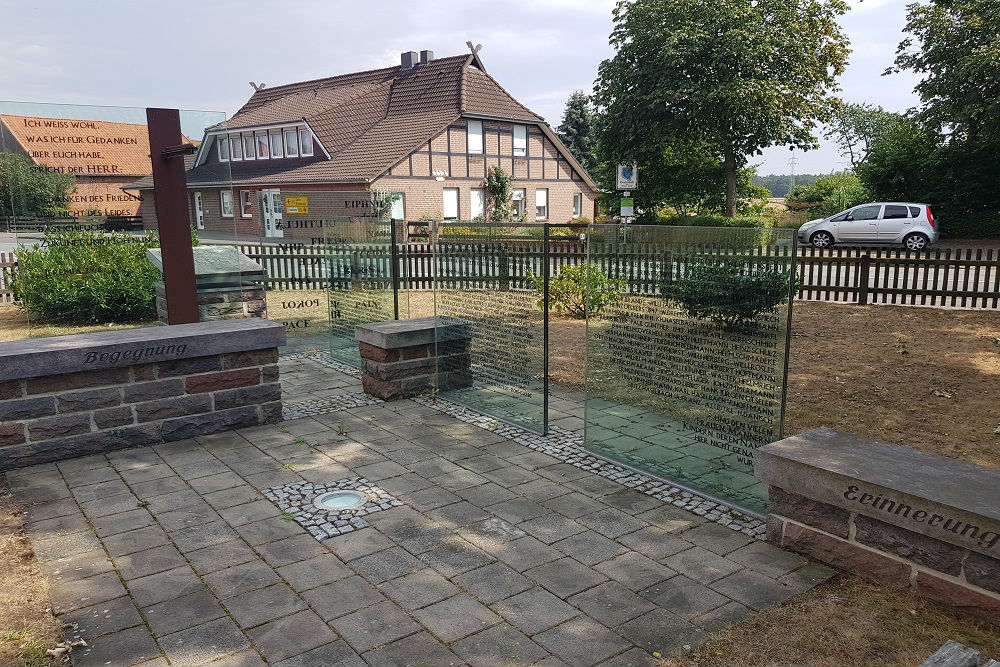 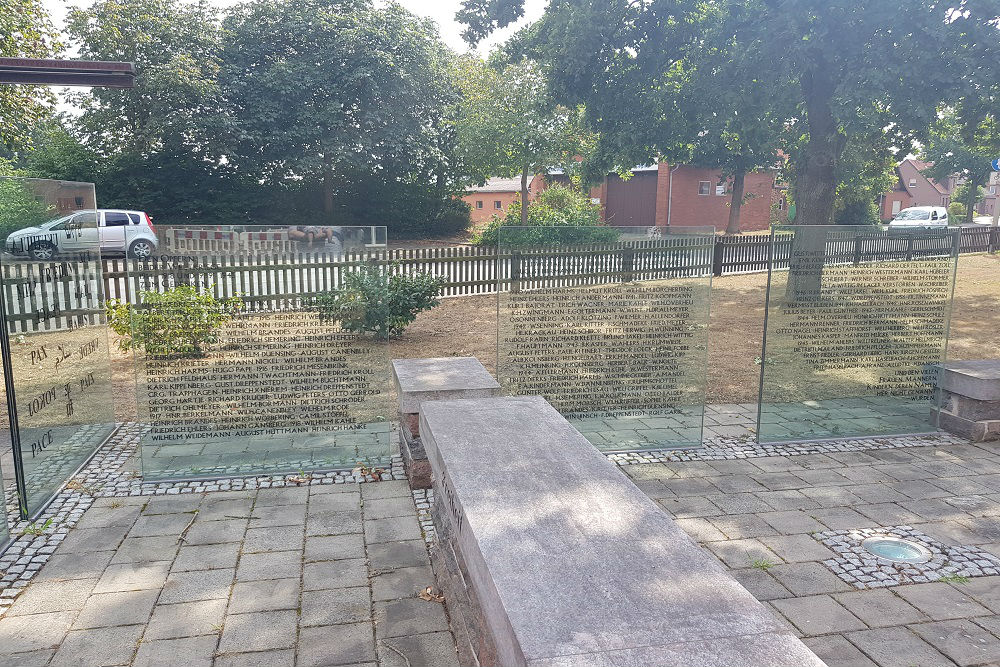 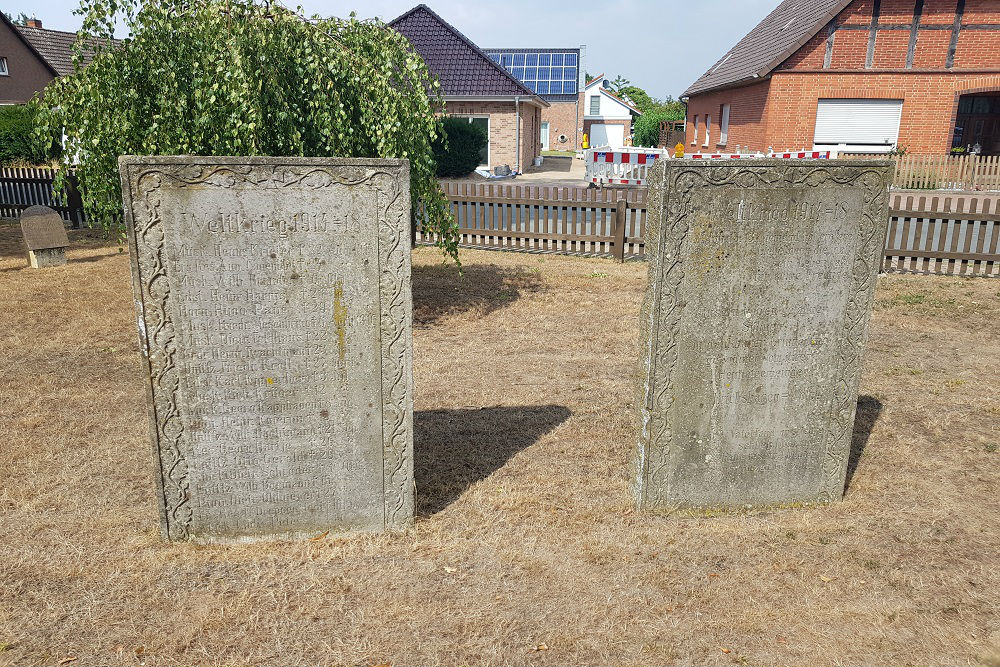 Completed in 2007 as a replacement for an earlier monument, the new design incorporates glass panels, wooden benches, low brick walls and a steel cross that creates a walk-in memorial. A row of three glass panels on the south side carry the names of 71 soldiers killed in the First World War and 136 killed in the Second World War. The names are listed in alphabetical order for the year in which they were killed (including 1946, 1947 and 1956 for WW2). The WW2 names are divided into those killed and those missing (35). For all individuals only the first name and surname of the deceased are given. The last panel has the additional text: and the many women, men, children whose names were not mentioned here.

At the east end are two glass panels, one carrying a quote (in German) from Jeremiah 29.11: For I know the plans I have for you," declares the Lord, "plans to prosper you and not to harm you, plans to give you hope and a future. The other is inscribed with Peace in German, Russian, Greek, Turkish, Latin, Arabic, Hebrew, Spanish/ Portugese, Indian, French, English, Polish, Chinese, Dutch/ Afrikaans, Zulu and Italian.

On a brick podium is a panel salvaged from the previous monument on the site. It reads: Peace be over their graves. Peace be with you. Two stone panels also taken from the original WW1 monument stand on the north side.