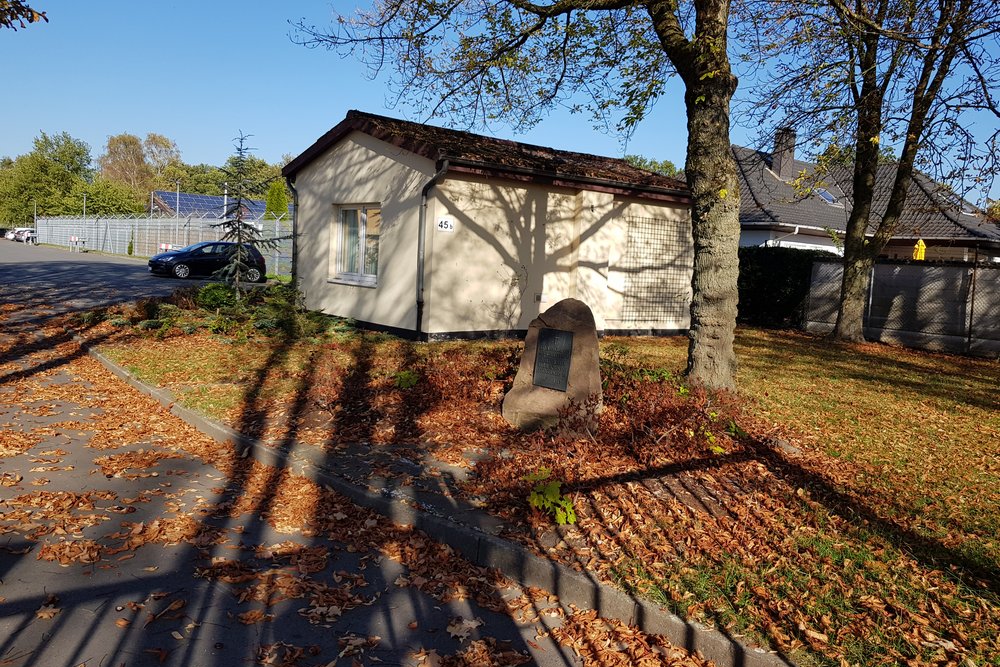 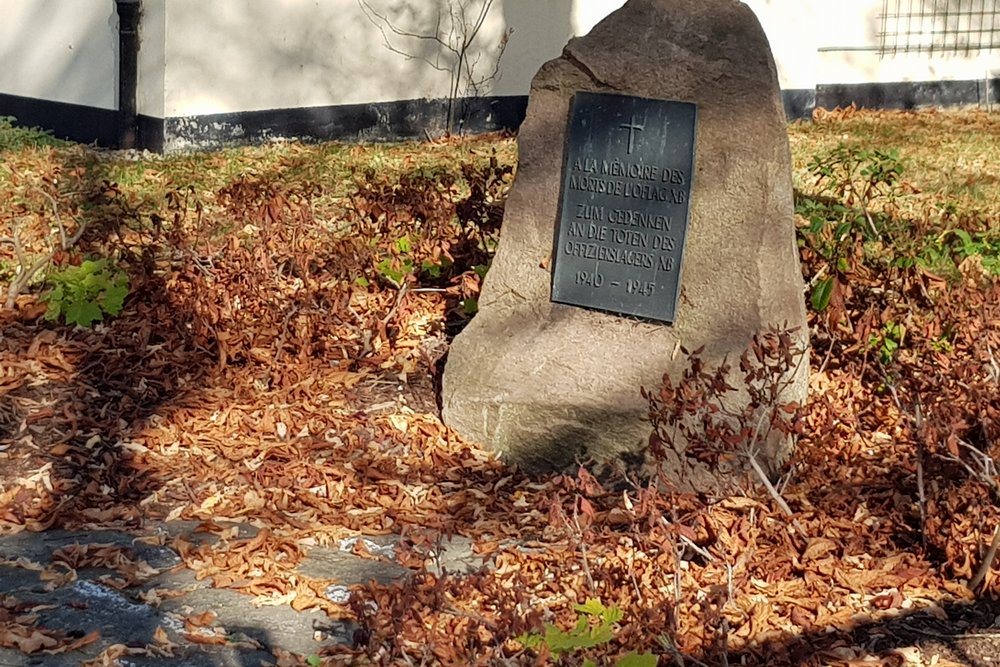 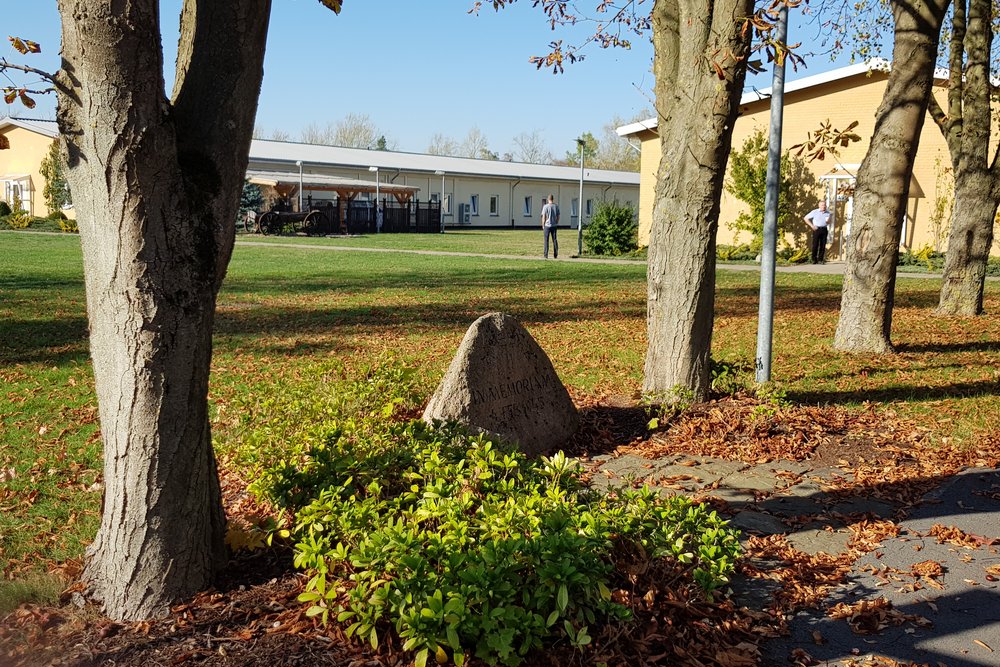 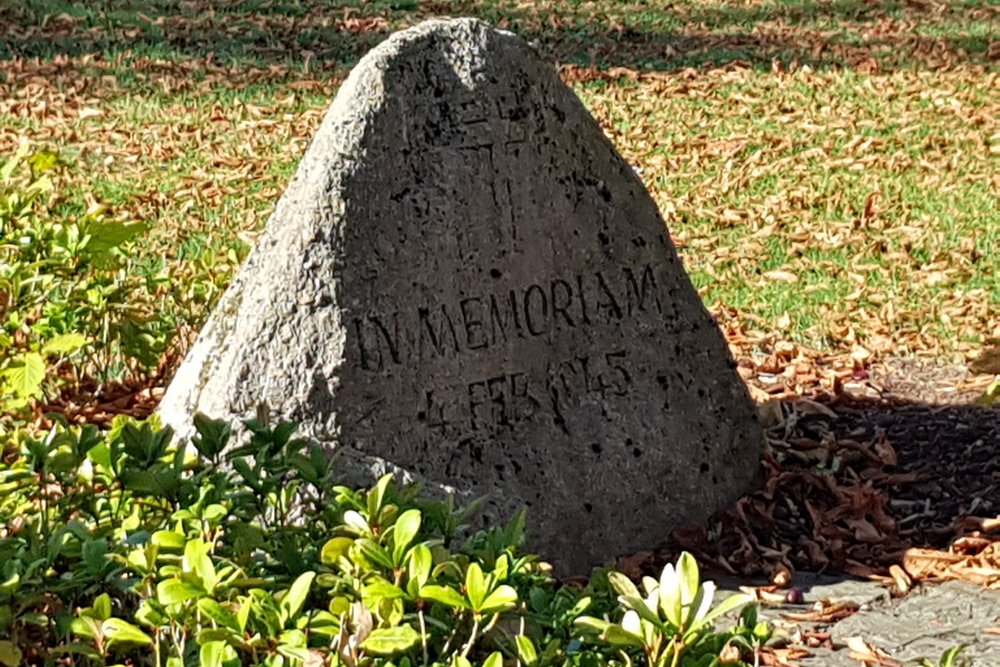 Oflag XB was a large POW camp for French officers occupying either side of the modern Ziegelkampstraße (the row of 5 long single-storey buildings on the north side of the road past the hospital are all original POW barracks). In the late evening of 4 February 1945 an RAF aircraft flying over Nienburg was hit by flak and jettisoned its bombs which all fell unintentionally in the southern part of the camp (on what is now the eastern stretch of Am Bürgerpark at approximately 52°38'1.76"N 9°13'47.60"E) completely destroying three barrack blocks and killing 98 French officers and injuring many more. The aircraft is usually said to have been a Lancaster bomber returning from a raid on Hannover, however this seems to be only speculation. RAF records show only a force of 50 Mosquito bombers were attacking Hannover that night, one of which was lost on the mission. With 1500kg of bombs the Mosquito was certainly capable of causing the damage, but the exact circumstances of the tragedy remain uncertain.

The memorials are on either side of what was a later side entrance to the post-war British Assaye Barracks. The gates are permanently closed and the memorials are now on private land, though they can be clearly viewed through the fence. The stone on the left side of the driveway (west) reads: In memoriam 4 Feb 1945 and that on the right (east) on a bronze plaque attached to the stone block reads in French: To the Memory of the Dead of Oflag AB. A German translation then follows.