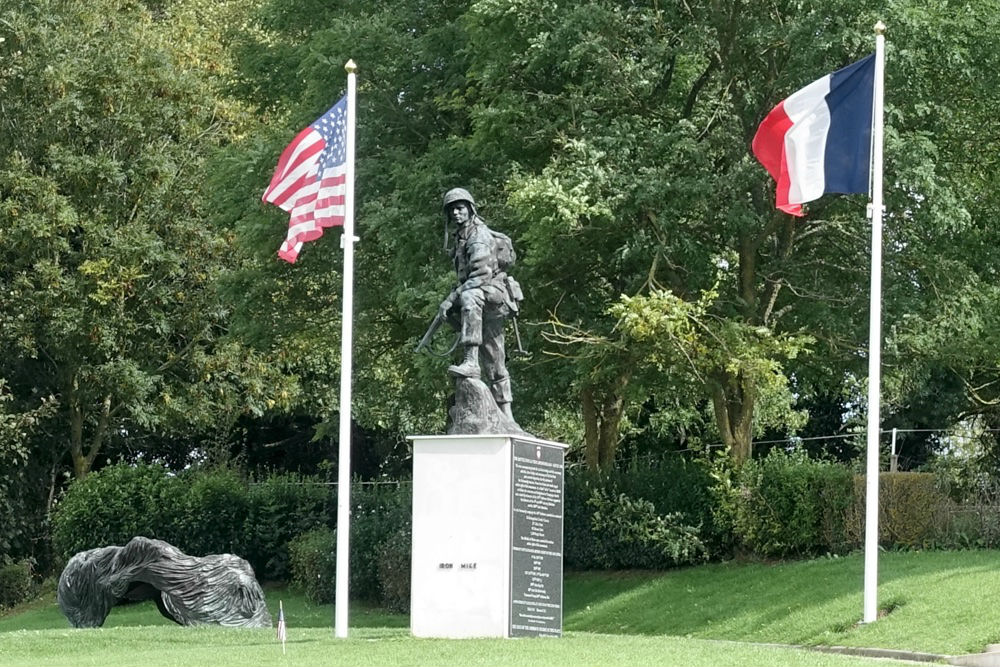 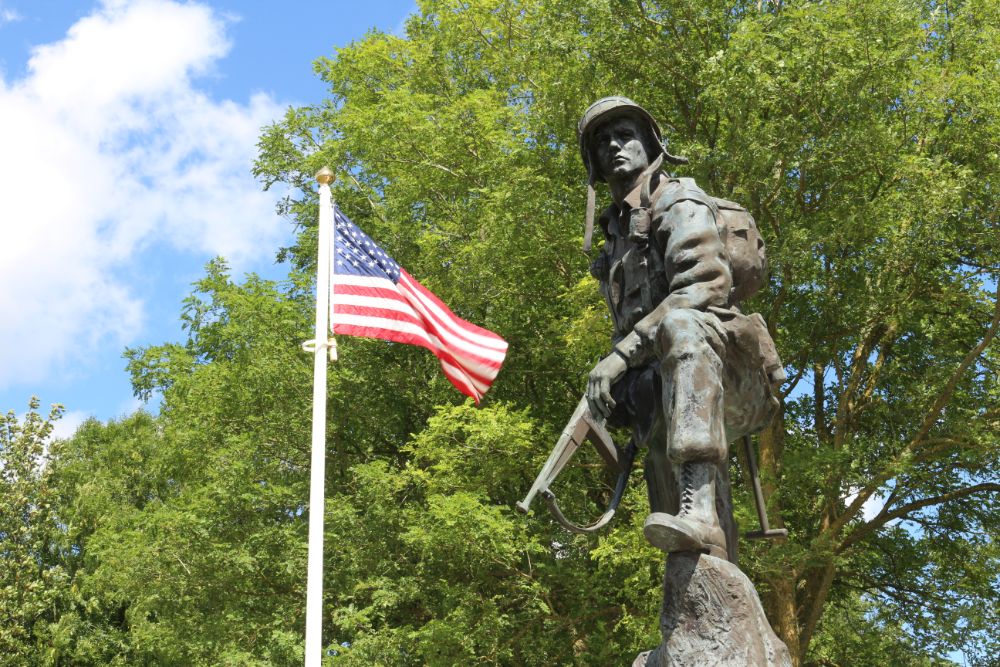 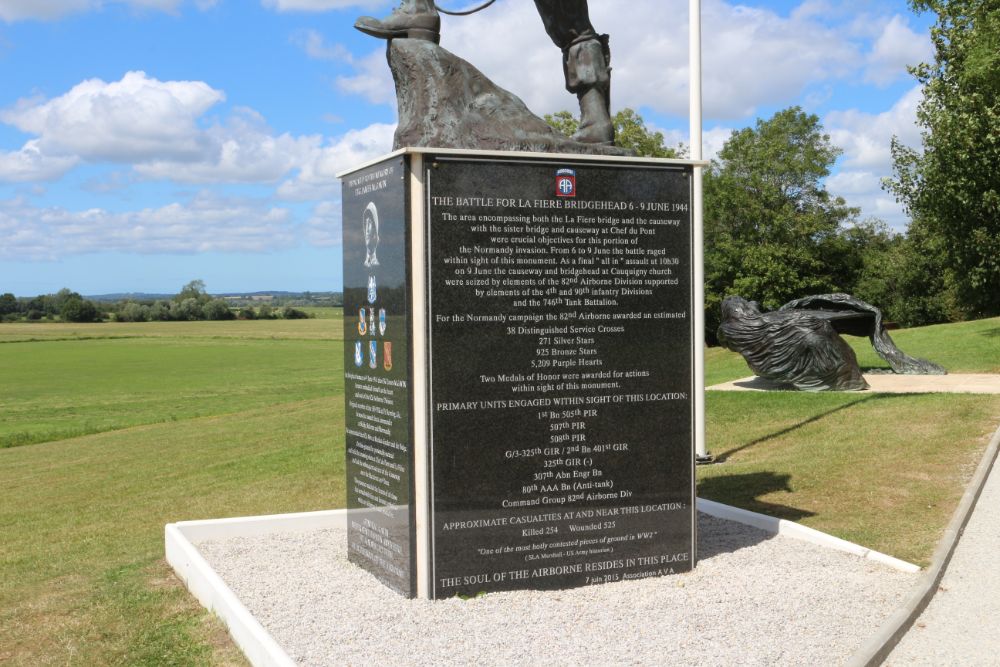 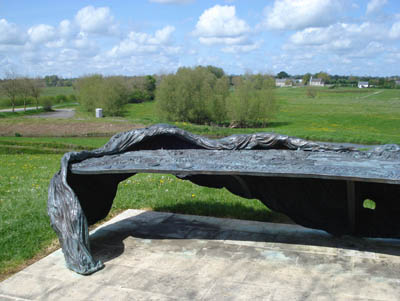 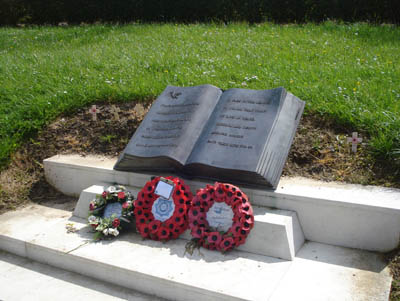 The following text can be found in English and French on the memorial:
Iron Mike
A grateful tribute to American Airborne soldiers or "D-Day"
6 June 1944 to 7 June 1997

Right next to the monument stands another monument in the form of an open book with the following text:
To pass on the memory,
to remind that today
We live in peace,
Freedom, dignity and
Because others
gave their life for the U.S.

On the other side of Iron Mike is a bronze table with a drawing of the battle in this area.

In addition to these locations are other sights to see, such as the 82nd Airborne monuments, the monument to Medal of Honor recipient PFC Charles DeGlopper and the fox hole of General Gavin.