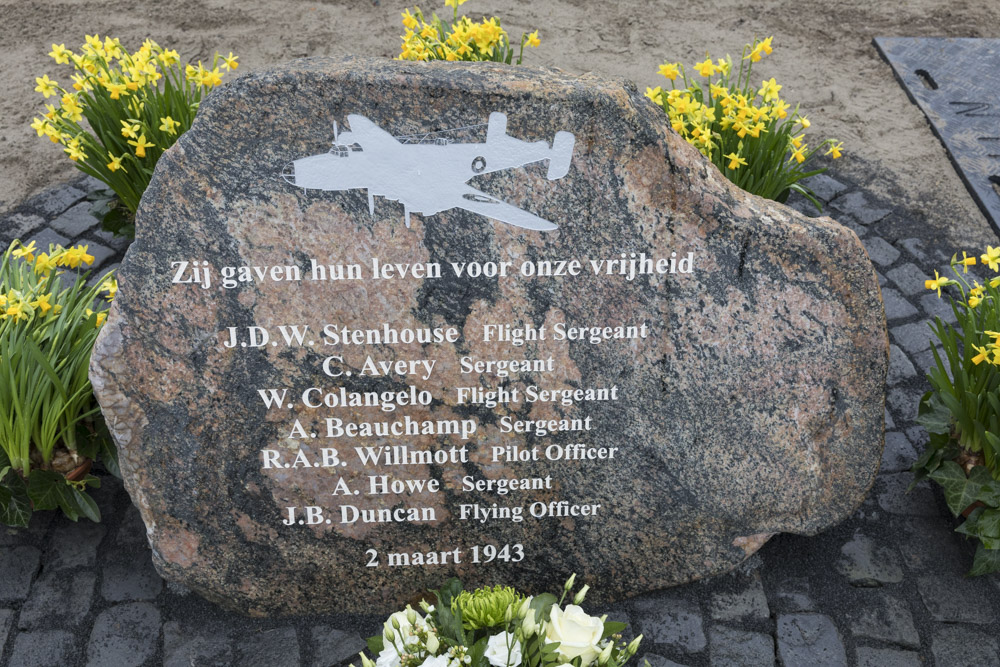 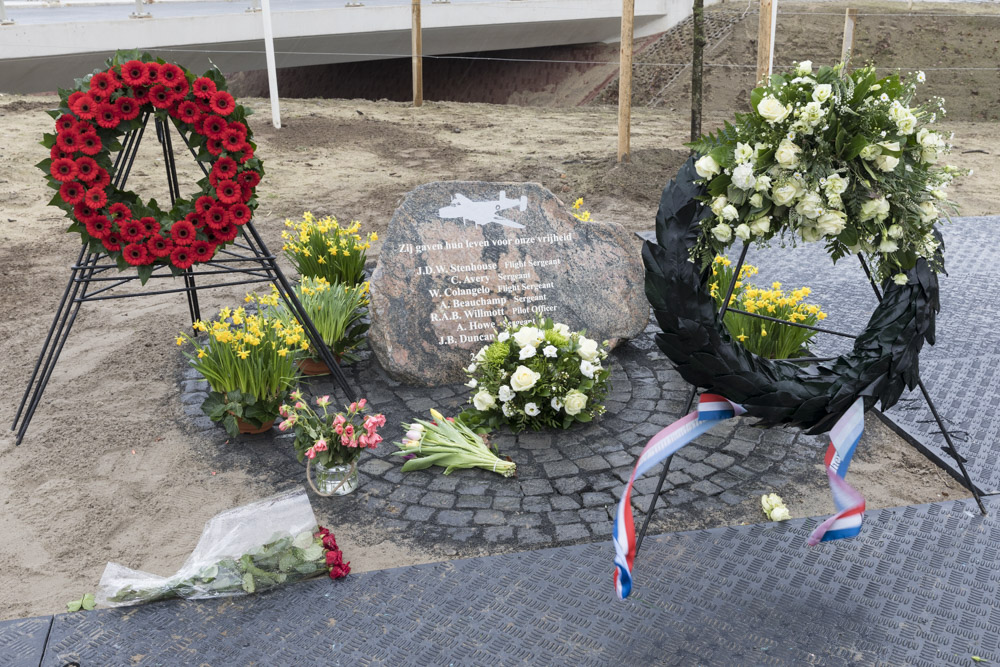 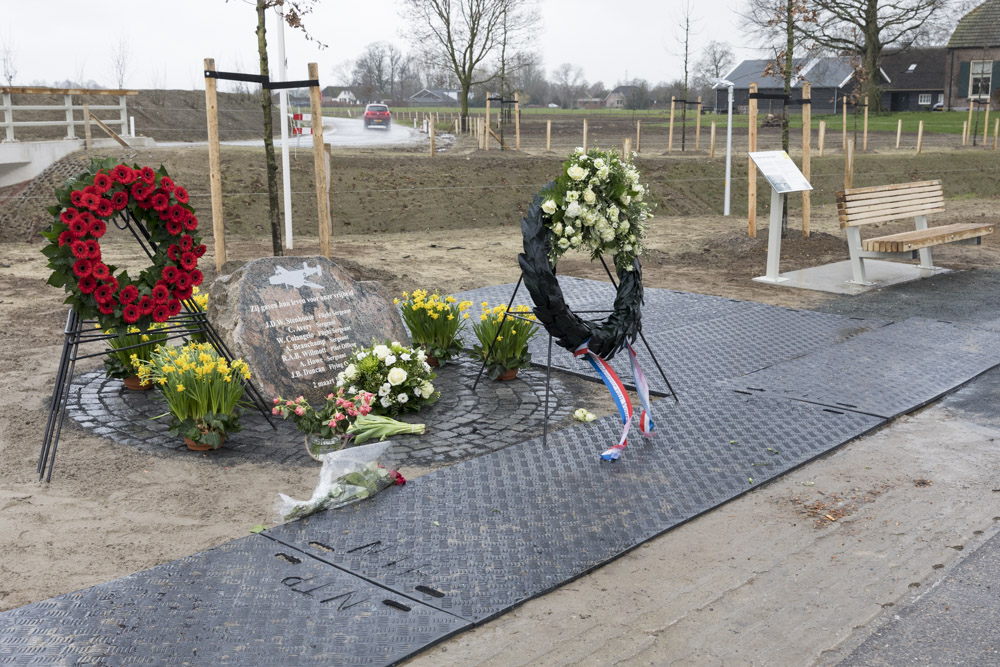 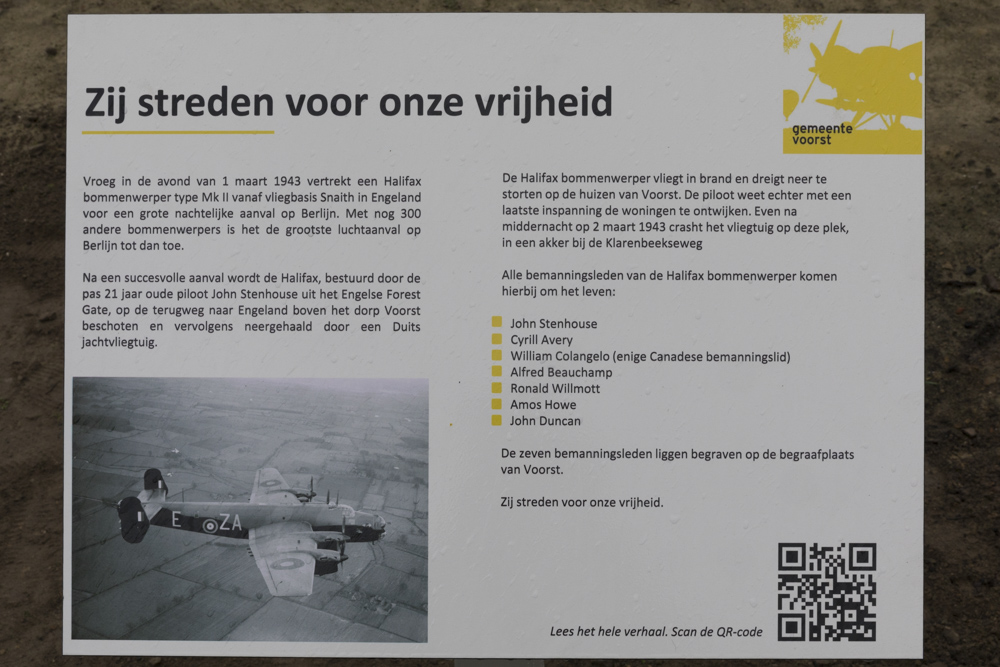 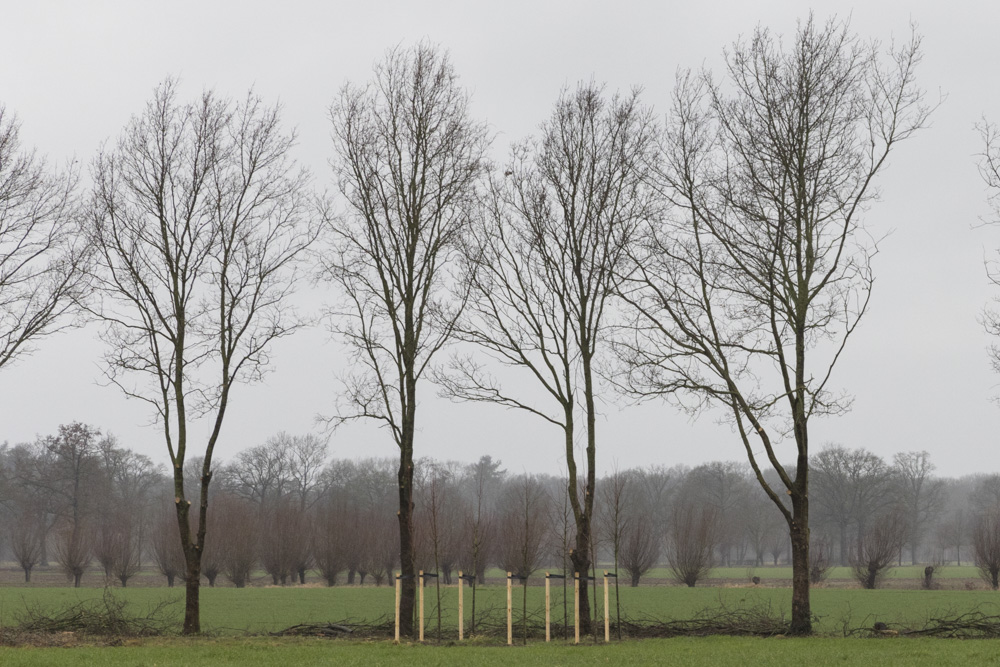 In the night of 1 / 2 March 1943 Handley Page Halifax II BB-223 MH-C of RAF 51 Squadron crashed in the field opposite this memorial after it was hit by a German nightfighter. The entire crew lost their lives. The crew is buried at Wilp General Cemetery. On 2 March 2019 this memorial has been unveiled. At tha location of the crash seven lime trees have been planted in a circle to commemorate the crew members.

The text a the memorial is:

They gave their lives for our freedom

The text on an information panel tells the story of the crash.