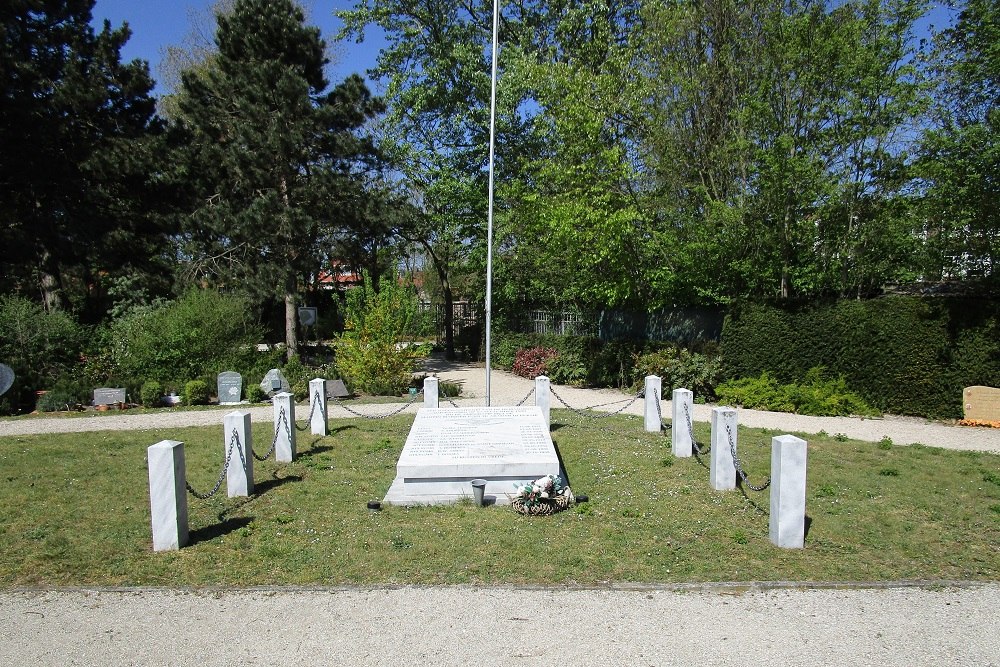 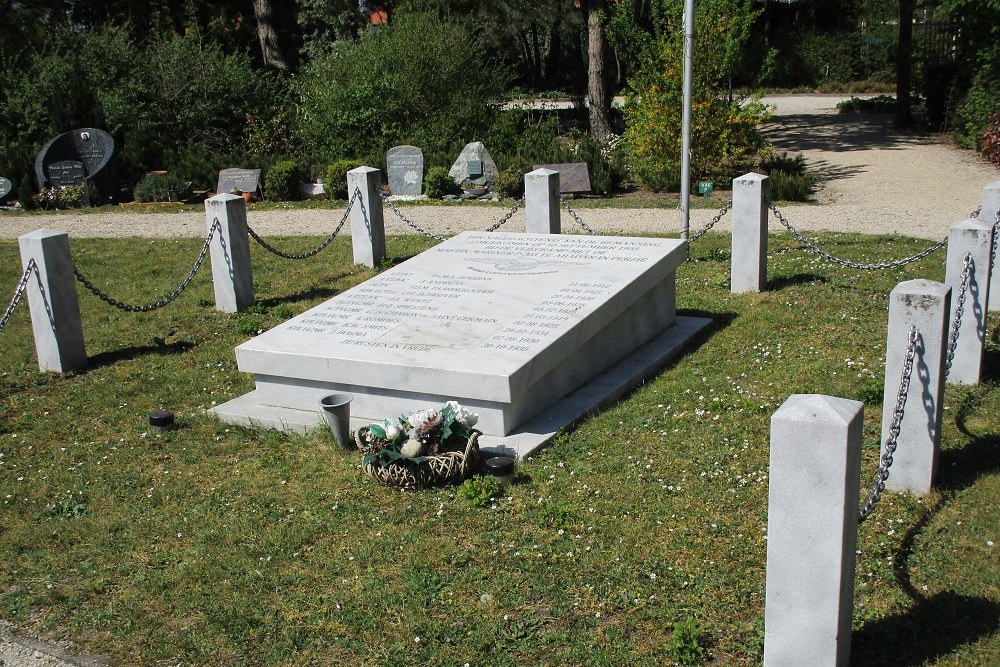 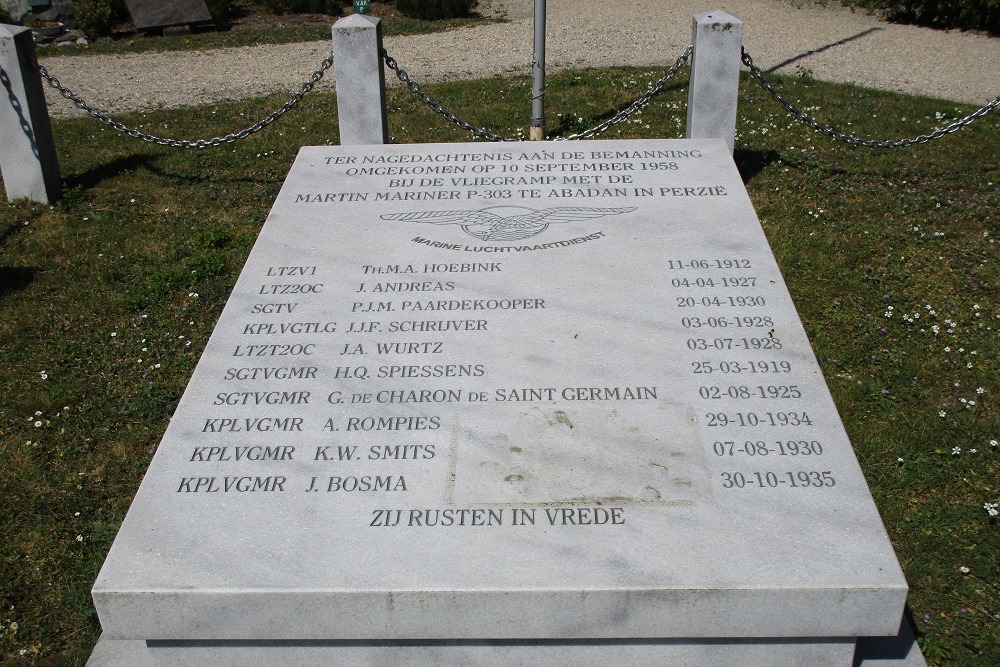 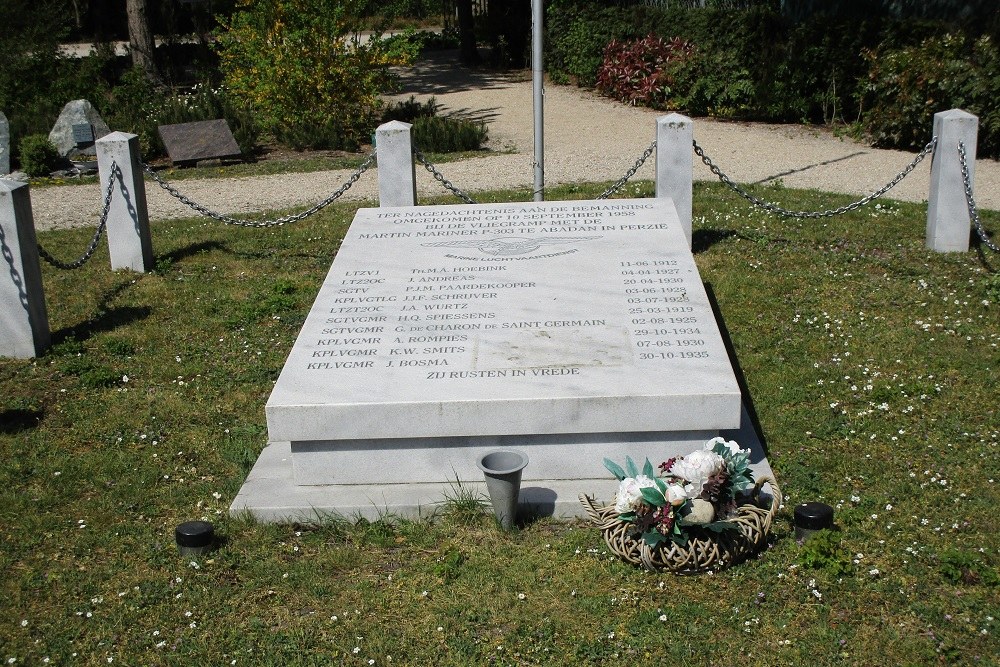 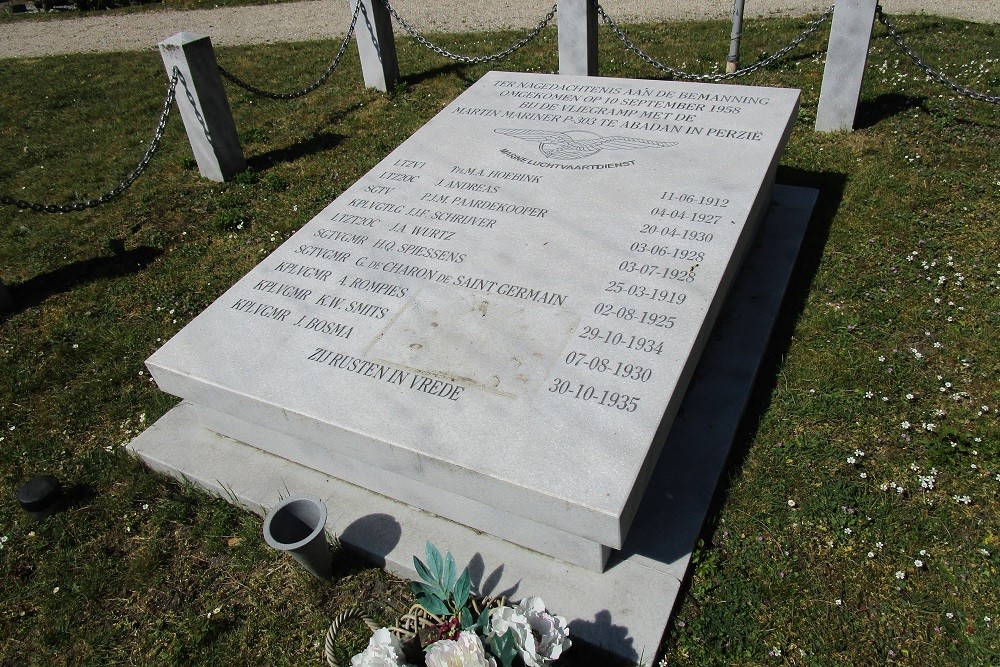 On Duinrust Cemetery in Katwijk aan Zee a monument has been placed for the killed crew of the Martin Mariner P-303 in Abadan (Persia) on 10-09-1958.

The twin-engine amphibious Martin PBM-5A Mariner P-303 of the Naval Aviation Service is for major maintenance on the homeward journey from Biak on New Guinea to the Netherlands when it gets above Persia for the umpteenth time on this difficult journey. An engine has failed and there is an oil leak. The aircraft made an emergency landing in Abadan, Iran on July 22, 1958.
After a week-long repair in Abadan, the aircraft takes off on September 10, 1958 for the next leg of the long journey. Shortly after take-off, an oil leak occurs again in the port engine. The pilot returns to the airport, but a wing hits the ground shortly before the runway. The Mariner crashes and immediately catches fire. All 10 occupants are killed.

THEY REST IN PEACE