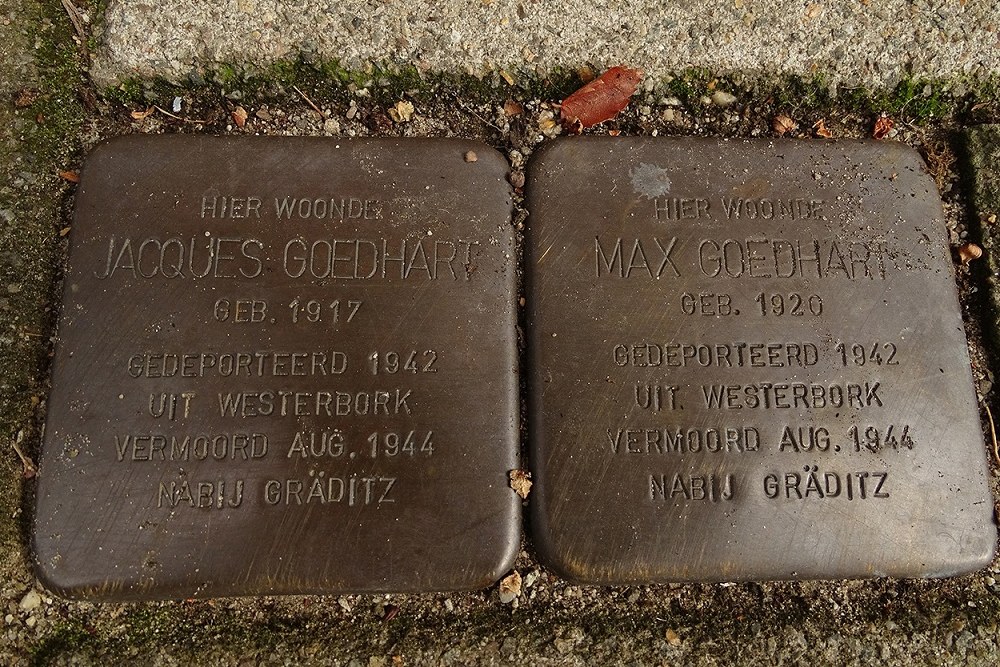 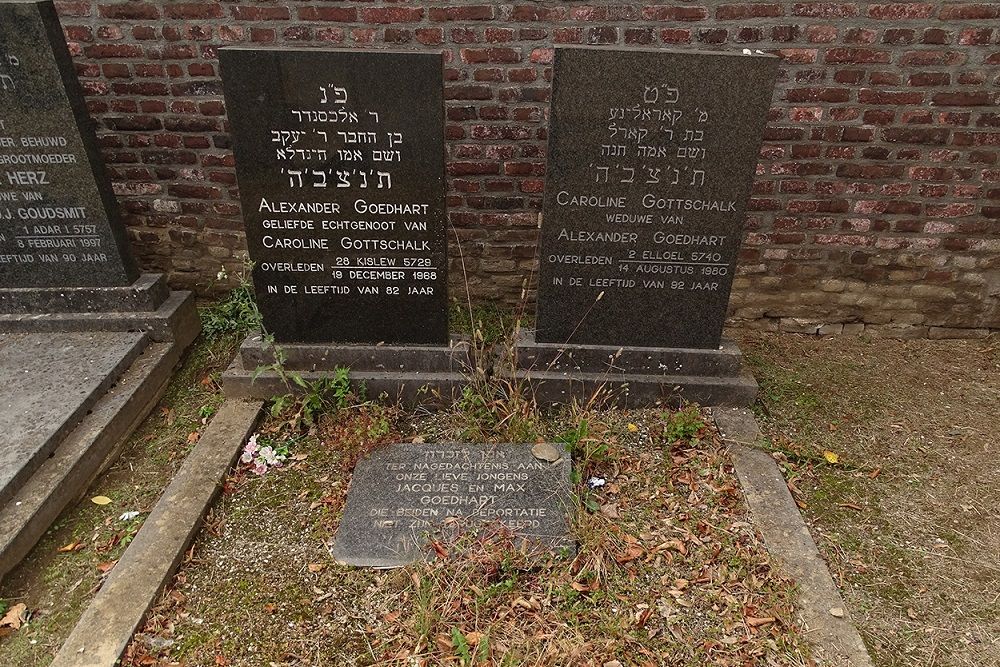 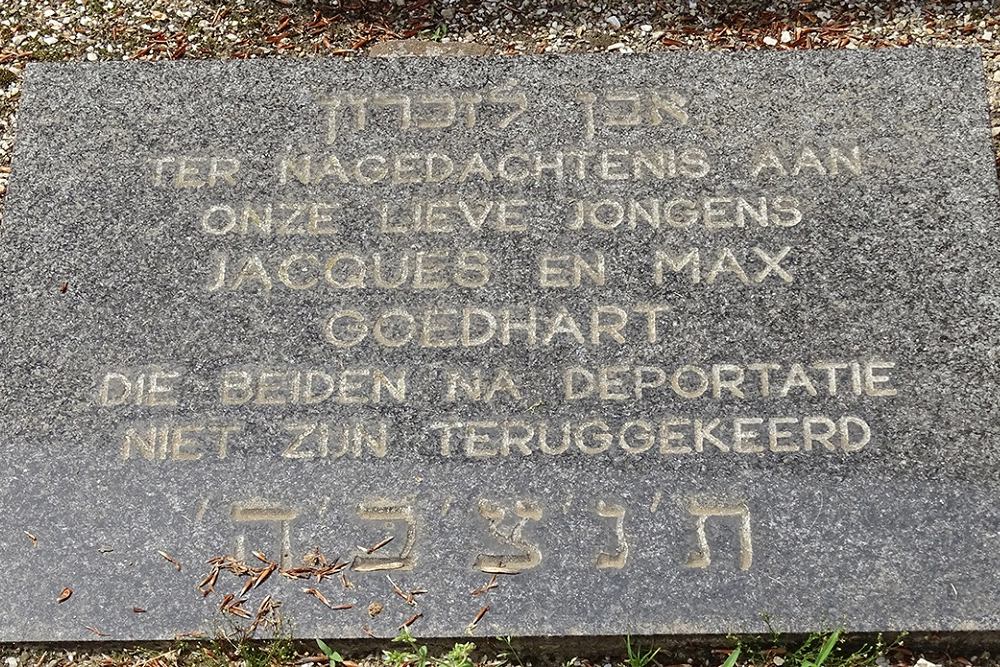 On the new Jewish part of the Aje Kirkhaof is a grave with 2 headstones of a married couple. Their 2 sons have not returned from Westerbork. In front of them there is a memorial stone on the grave of the parents. The stolpersteine on the Frans Douvenstraat belong to these 2 boys.