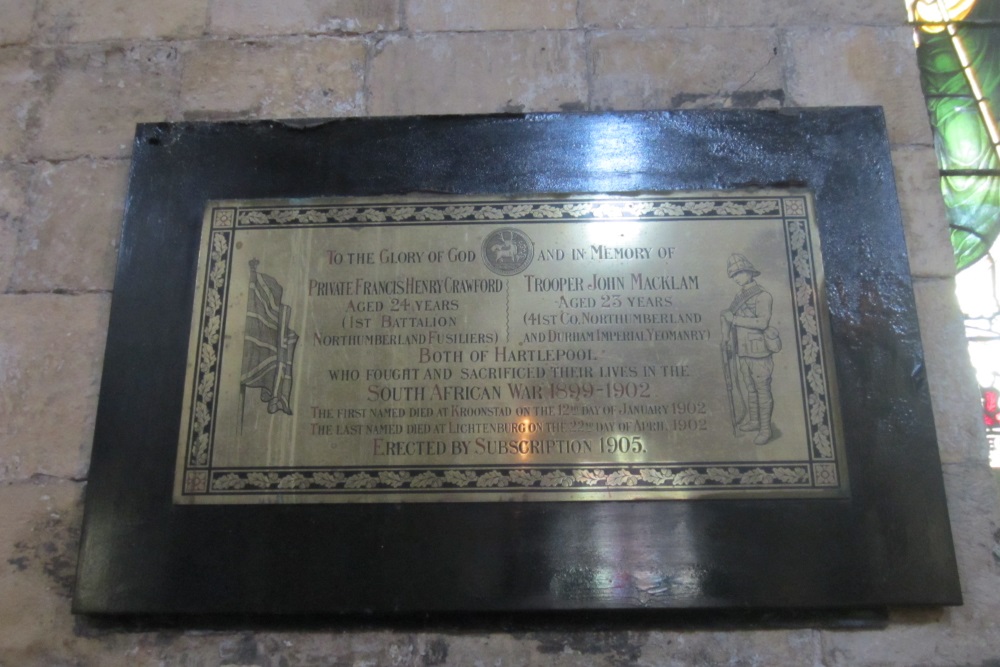 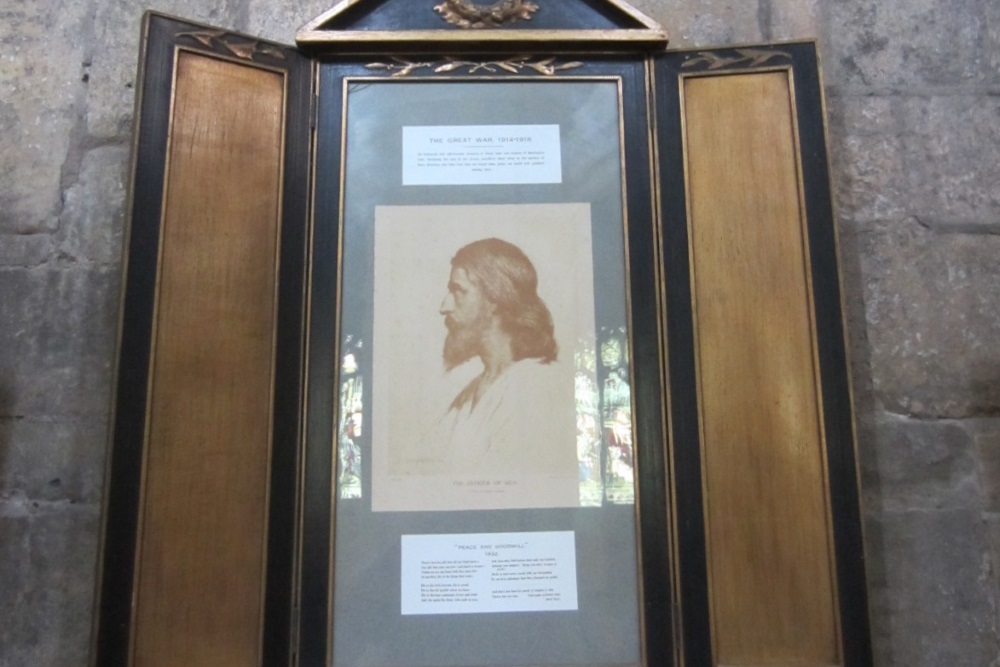 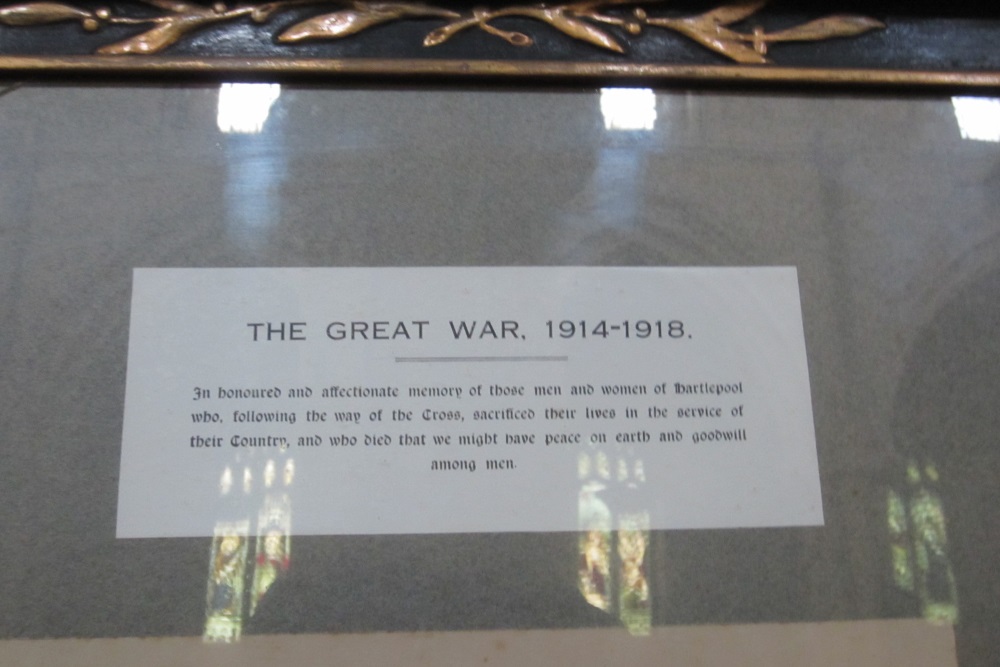 This triptych in St Hilda's commemorates the parishioners who died in the First World War.

The Great War, 1914-1918. In honoured and affectionate memory of those men and women of Hartlepool who, following the way of the Cross, sacrificed their lives in the service of their Country, and who died that we might have peace on earth and goodwill among men.

This plaque commemorates Francis Henry Crawford and John Macklam who died in the second Boer war.

The the glory of God and in memory of Private Francis Henry Crawford Aged 24 years (1st Battalion Northumberland fusiliers) Trooper John Macklam Aged 23 years (41st Co. Northumberland and Durham Imperial Yeomantry) Both of Hartlepool who fought and sacrificed their lives in the South African War 1899-1902 The first named died at Kroonstad on the 12th day of January 1902 The last named died at Lichtenburg on the 22nd day of April 1902 Erected by subscription 1905.