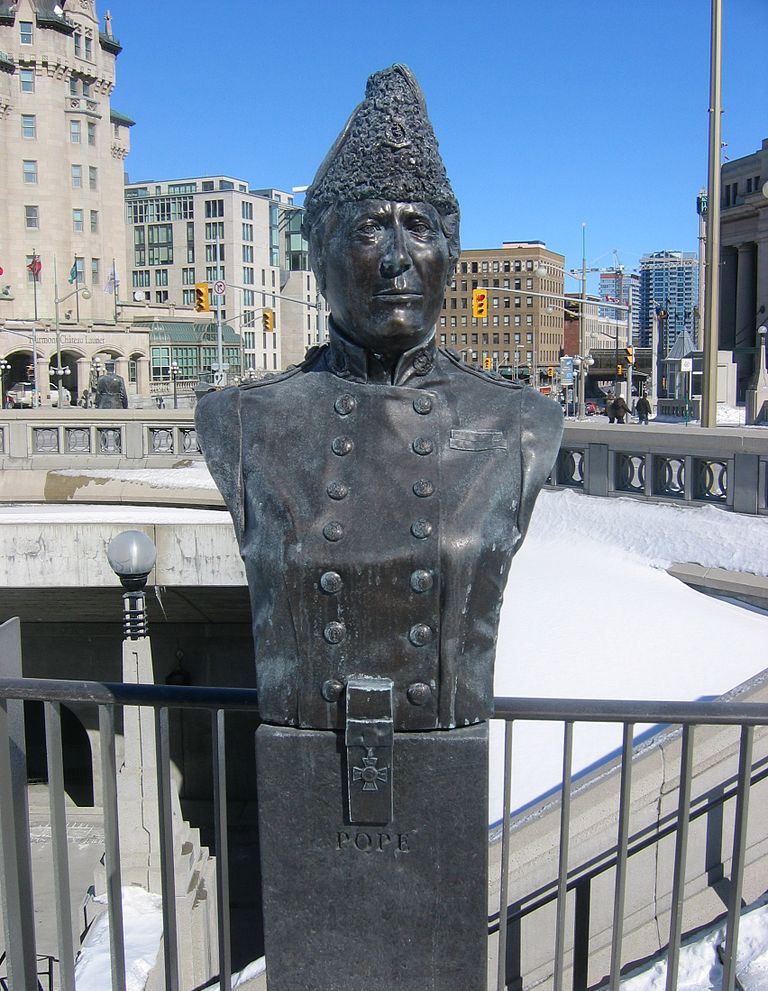 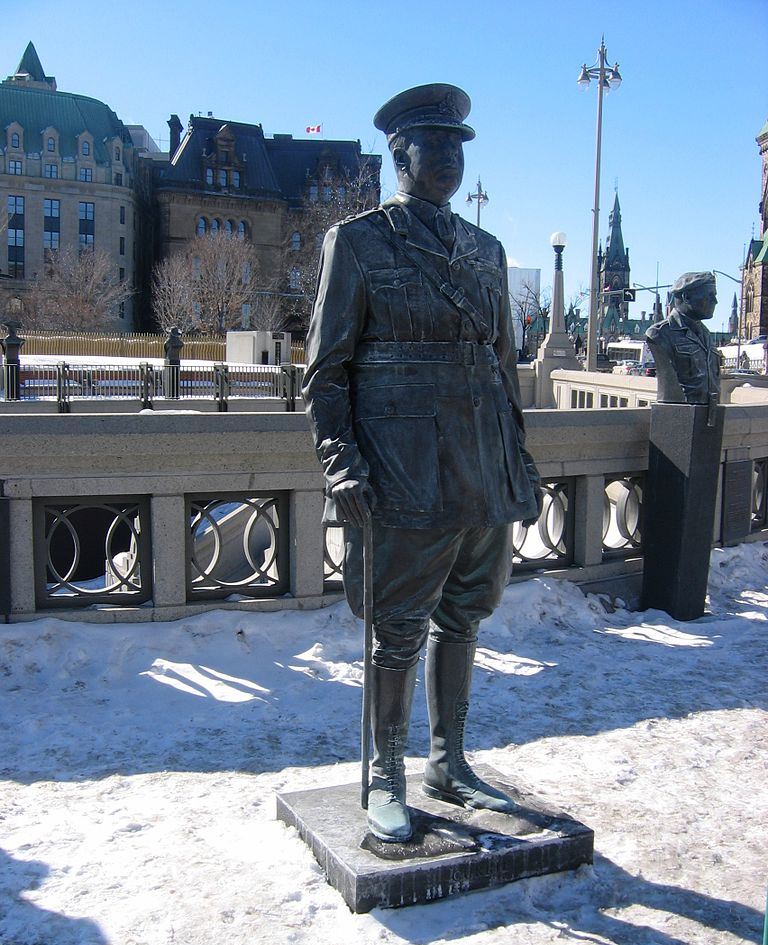 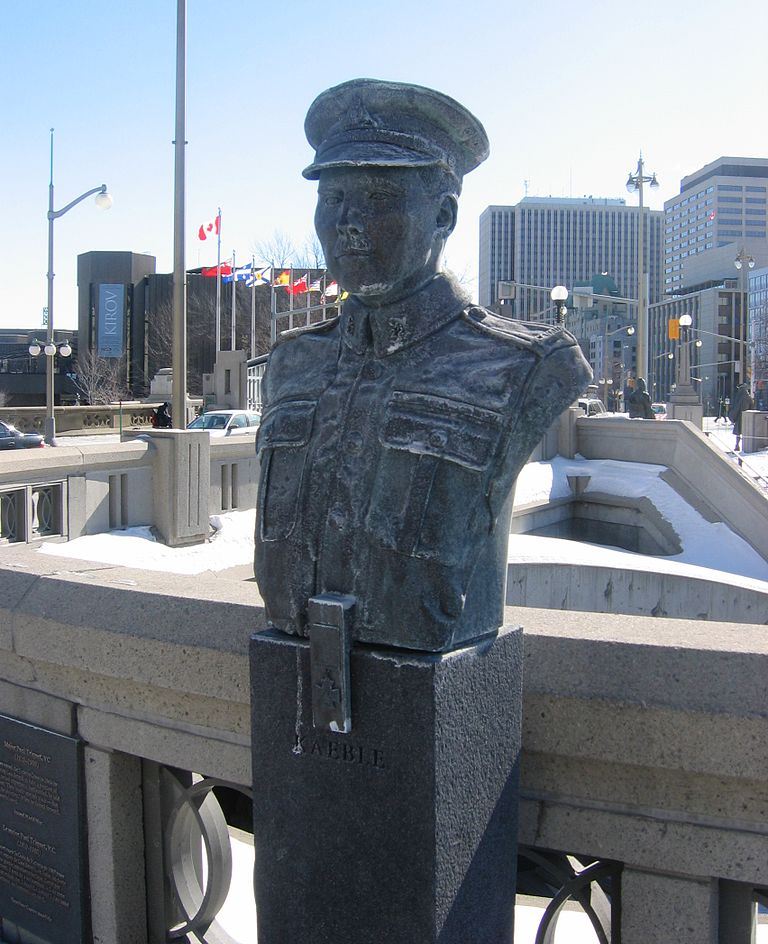 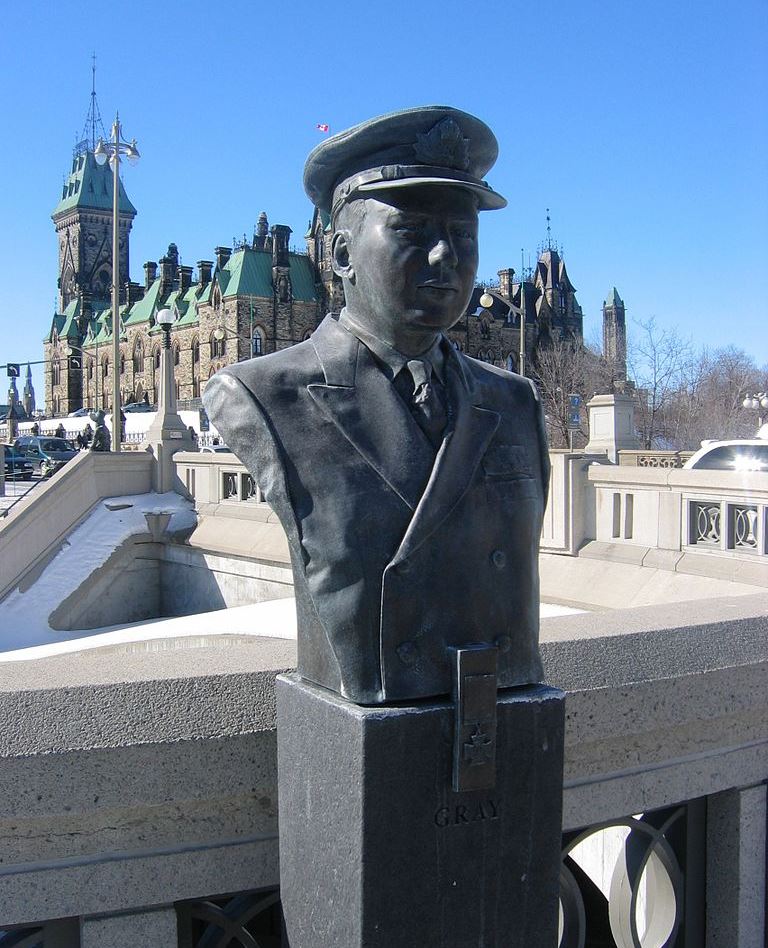 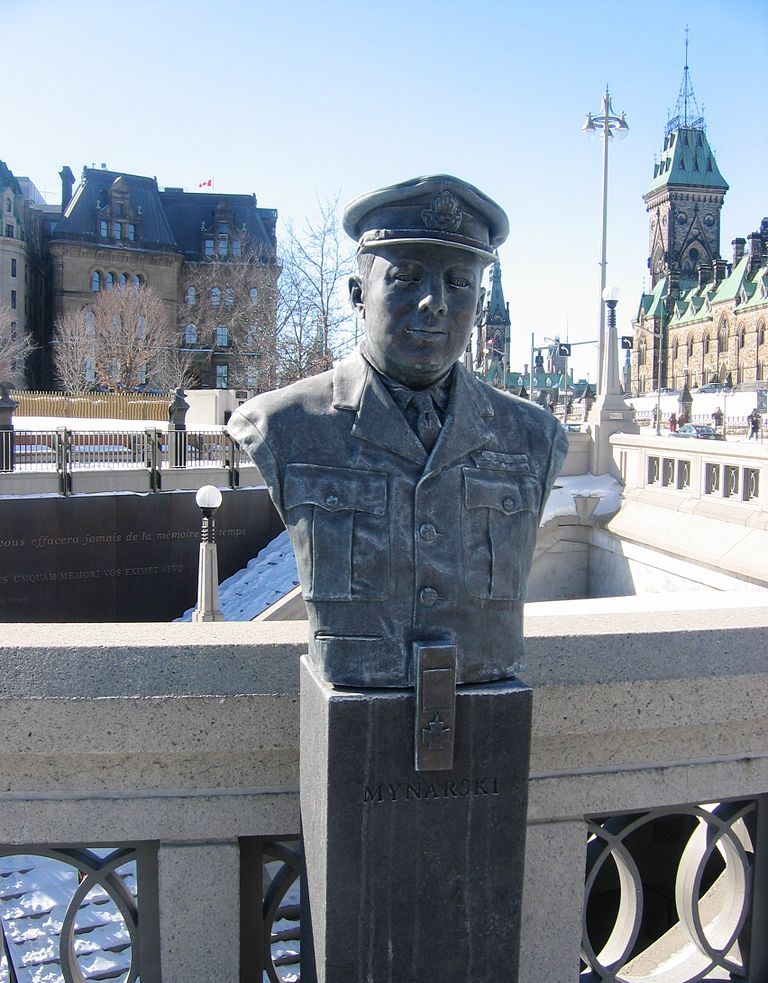 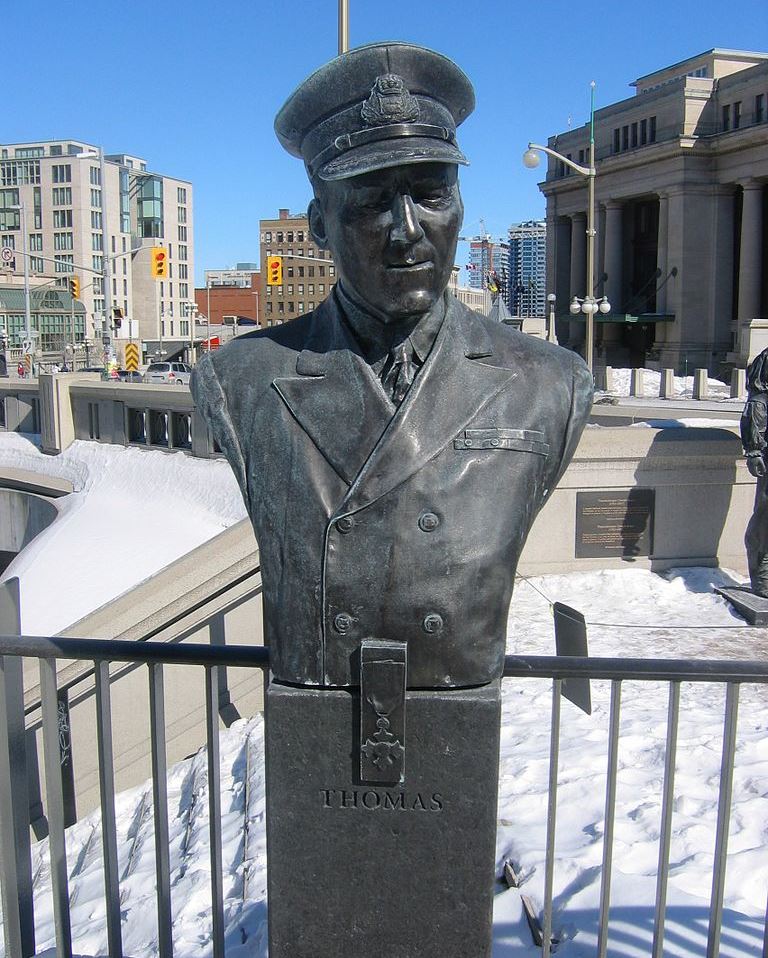 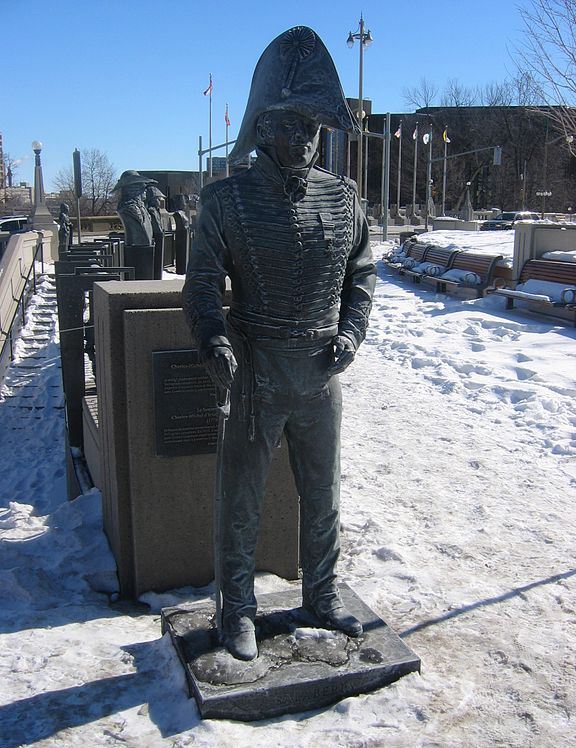 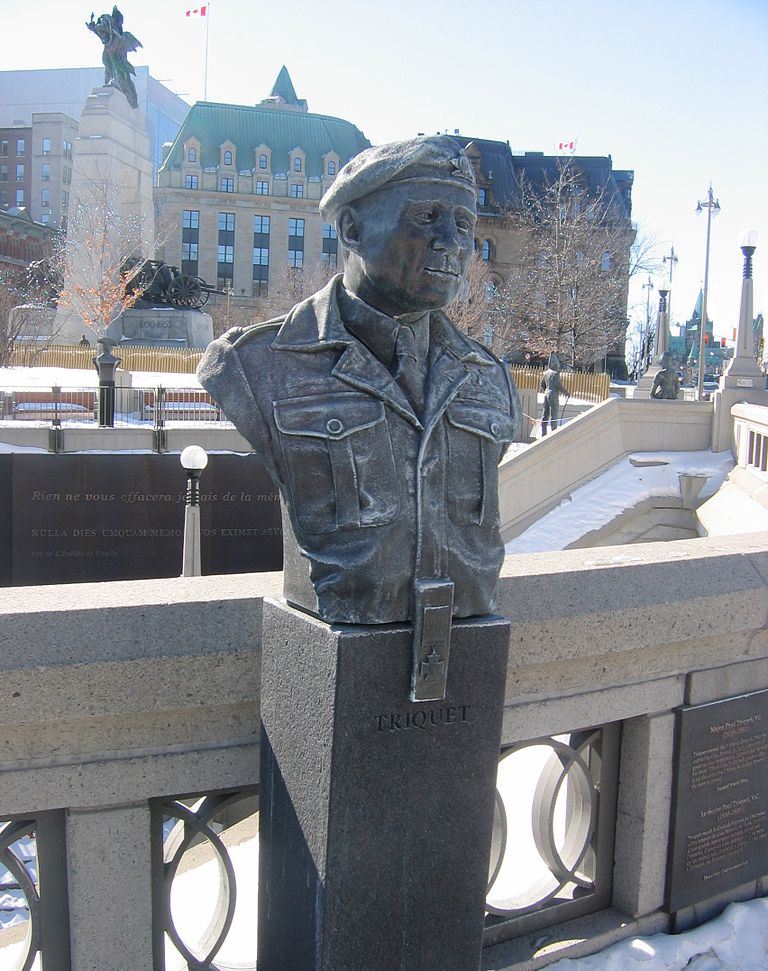 These busts and statues, part of the Valiants Memorial, commemorate:

- Georgina Pope (18621938), a Canadian nurse who served with distinction in the South-African War (Anglo-Boer War) and in World War I.
- General Sir Arthur William Currie, GCMG, KCB (1875-1933). He was the first Canadian commander of the Canadian Corps, and considered to be among the most capable commanders of the Western Front in World War I.
- Joseph Thomas Keable VC MM (1892-1918). He was the first Canadian soldier to be awarded the Military Medal and the Victoria Cross. He was awarded the Victoria Cross for an action where he was killed, on 8 June 1918 at Neuville-Vitasse in France
- Robert Hampton "Hammy" Gray VC DSC (1917-1945). He was one of the only two members of the Royal Navy's Fleet Air Arm that was awarded the Victoria Cross during the Second World War, and the last Canadian to receive the Victoria Cross.
- Andrew Charles "Andy" Mynarski VC (1916-1944). He was a Canadian airman who was awarded the Victoria Cross in World War II for an action on 13 June 1944, when he was killed in an attempt to rescue a trapped crew member.
- Brigadier-General Paul Triquet VC CD (1910-1980). He was the only man from Quebec who was awarded the Victoria Cross in World War II, for an action on 14 December 1943 when he was a Captain.
- Laura (Ingersoll) Secord (1775-1868), a Canadian heroine of the War of 1812. In 1813 she walked 20 miles (32 kilometers) through forests and swamps from territory occupied by the Americans, to warn the British of a impending American attack.
- Major-General Sir Isaac Brock. He was responsible for defending Upper Canada against the United States during the War of 1812. He was killed in action at the Battle of Queenston Heights, which the British won.
- Captain John Wallace Thomas CBE (1888-1965). He was a Newfoundland merchant mariner who served with distinction in the First and Second World Wars.
- Lieutenant Colonel Charles-Michel d'Irumberry de Salaberry (1778-1829). He was a French-speaking Canadian who fought with the British in Lower Canada (now Quebec) in the War of 1812. He particularly distinguished himself in the defense of Montreal against the American advance.