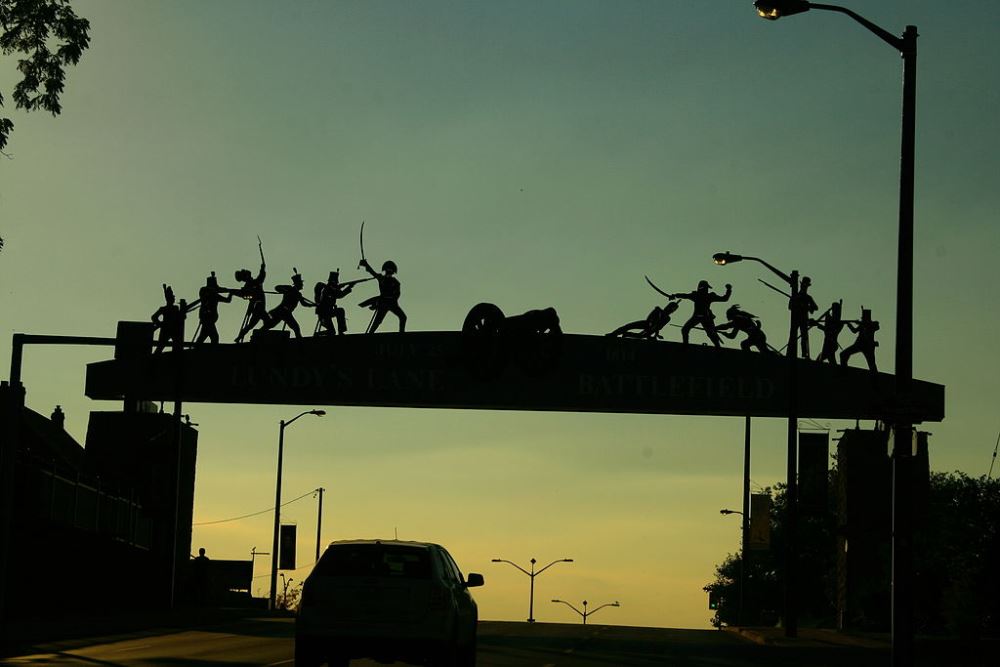 This memorial commemorates the Battle of Lundys Lane (Battle of Niagara Falls), which took place on 25 July 1814 during the War of 1812. The battle was won by the British who stopped an American attack. It was one of the bloodiest battles of the war, with a total of 258 men killed and many wounded.