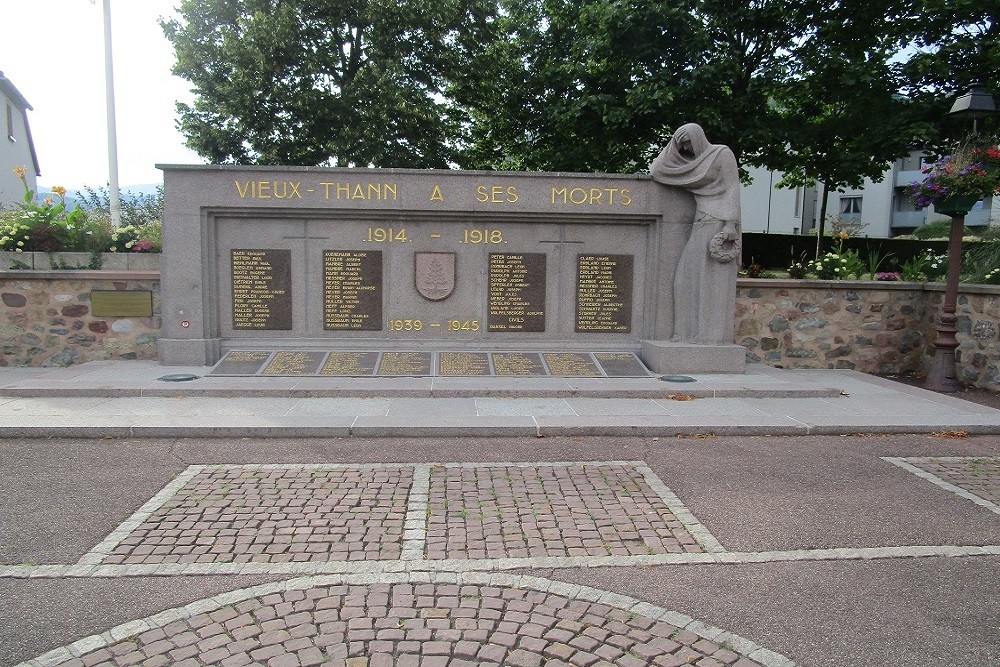 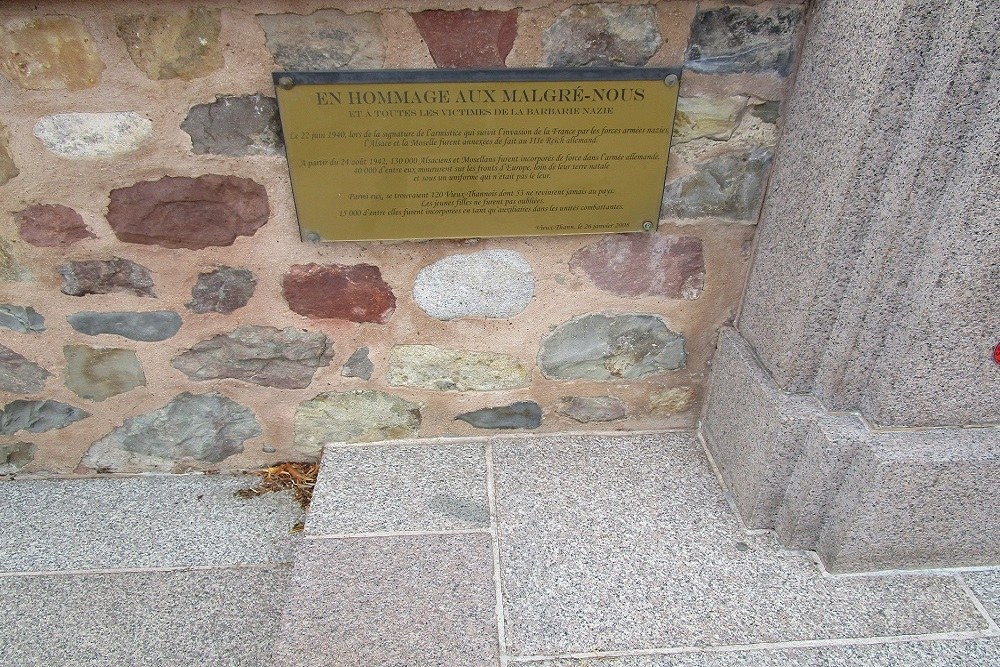 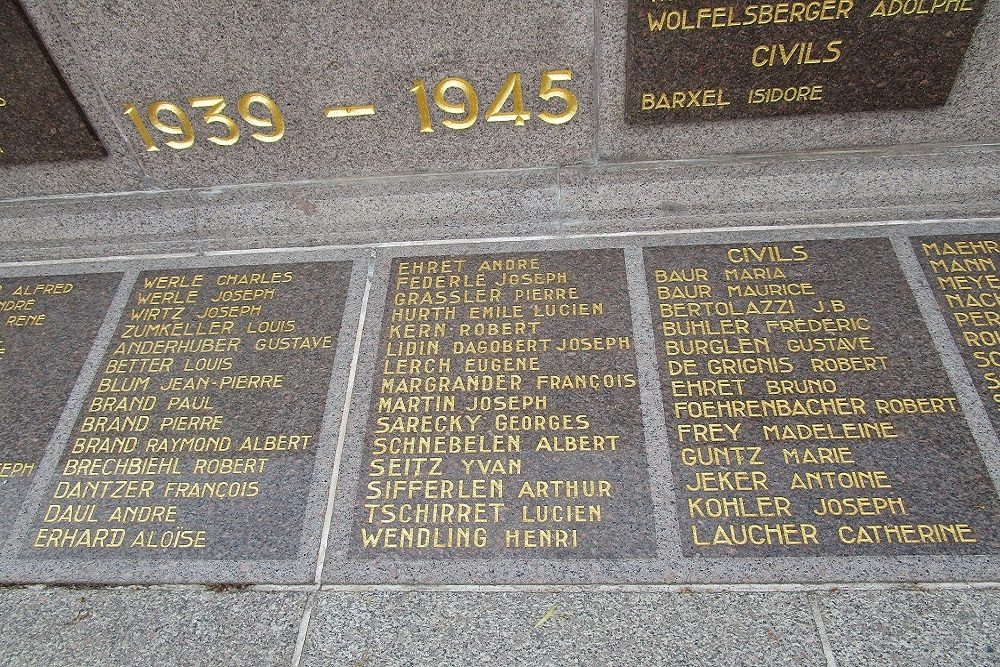 This memorial commemorates all those who fell among the inhabitants of Vieux-Thann who died in the First and Second World War. To the left of the monument is a separate plaque in memory of "Malgré Nous", (against our will) whereby the French from Alsace and from part of Lorraine had to serve in the German army.

The text on the plaque reads: (translated)

On June 22, 1940, during the signing of the armistice following the invasion of France by the Nazi armed forces, Alsace and Moselle were annexed de facto to the Third German Reich.
From August 24, 1942, 130000 Alsacians and Mosellans were incorporated forces in the German army. 40000 of them died on the fronts of Europe, far from their homeland and in a uniform that was not theirs.
Among them were 120 Vieux-Thannois, of whom 53 never returned to the country.
The girls were not forgotten. 15000 of them were incorporated as auxiliaries into the fighting units.