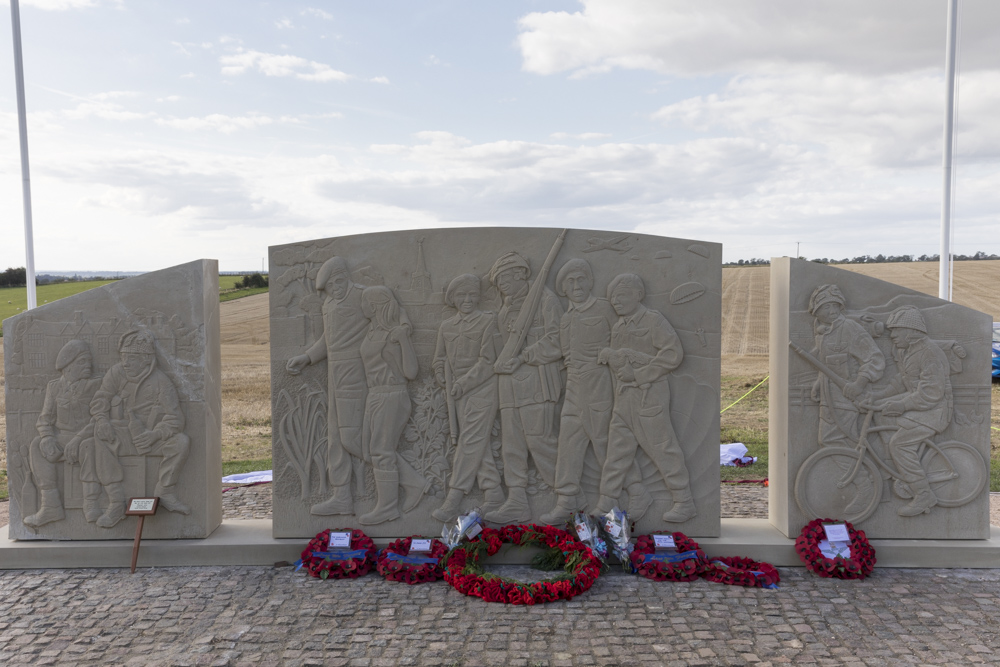 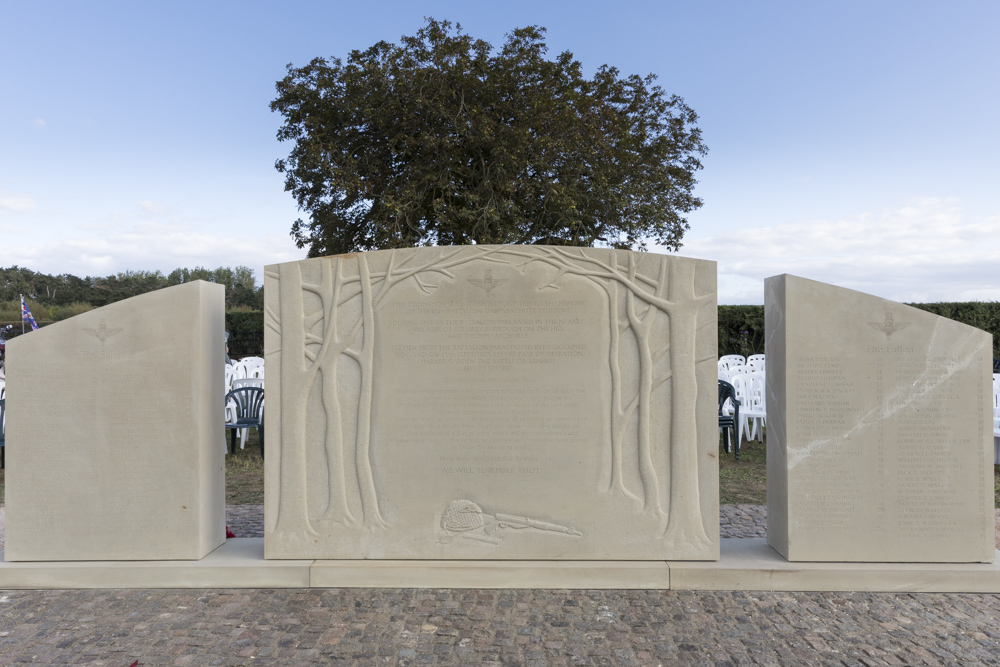 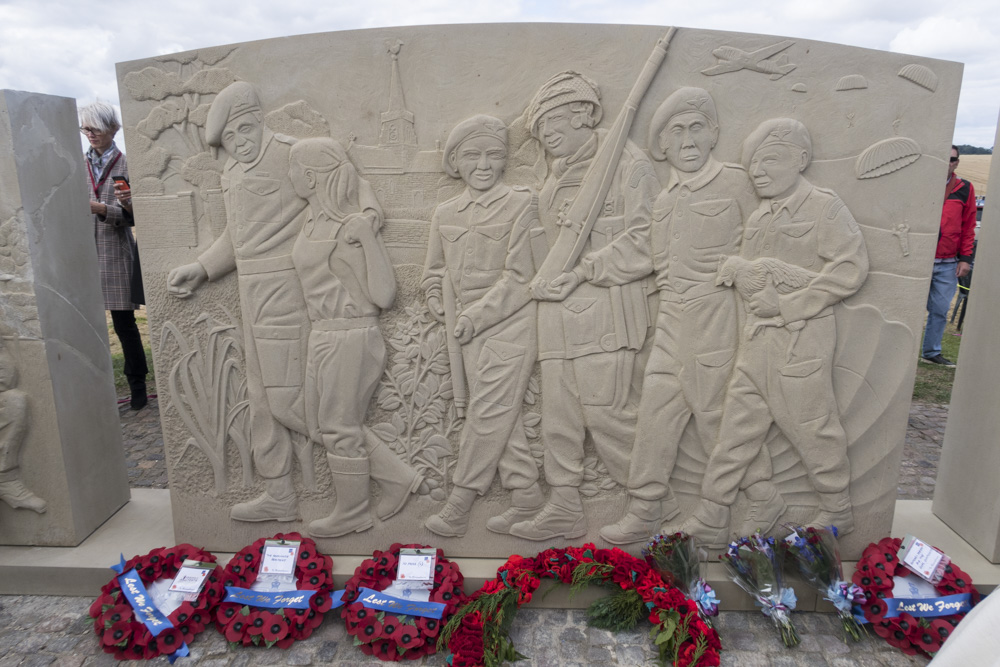 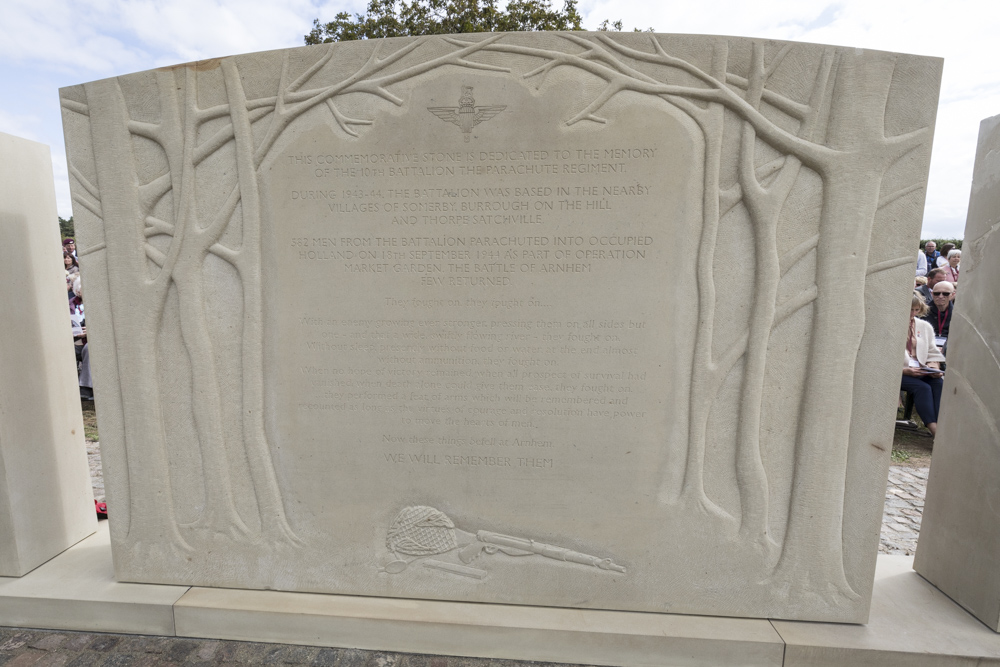 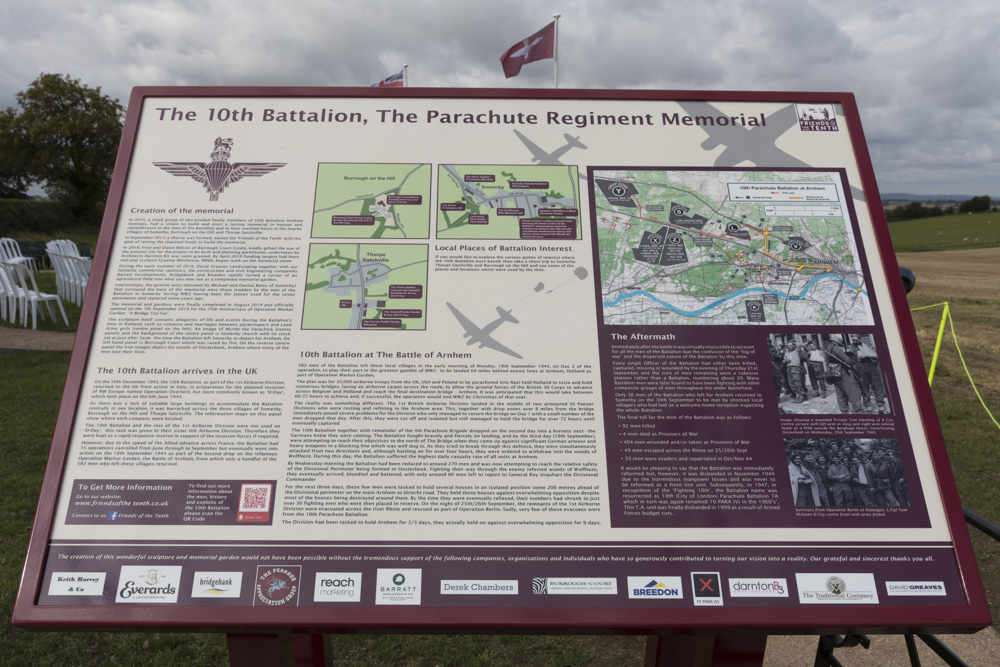 The 10th Battalion fought in the Battle of Arnhem as part of the 4th Parachute Brigade during Operation Market Garden. Before their leave towards the Battlefield, the Battalion was based in Somerby and held exercises in the Somerby Area. On 18 September 1944 585 men, led by Lt. Col. Kenneth Smythe, jumped into Battle at Ginkel Heath near Ede. On 19 September the Battalion was ordered to withdraw and to help defend the Oosterbeek Perimeter. In the night of 25/26 September 1944 the 1st Airborne Division was evacuated across the river Rhine. On 30 September of that year only 36 men returned to Somerby. In the following months they were joined by another 40 men. The rest was killed, wounded, missing or had become POW.

This memorial was erected to commemorate the fallen members of the Battalion. It was unveiled on 7 September 2019. 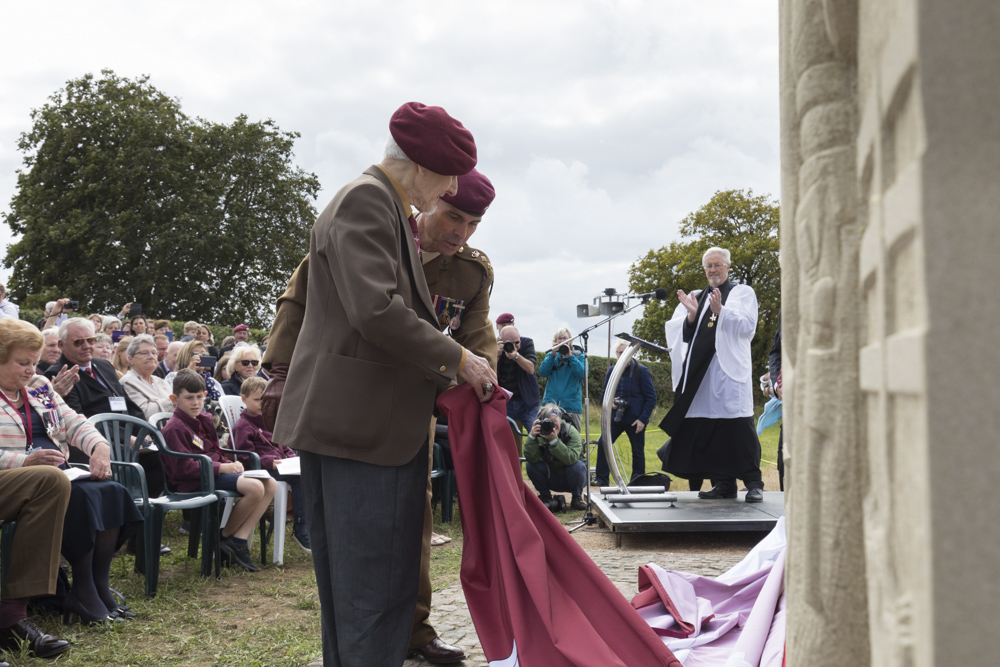 On Saturday 7 September 2019 a memorial was unveiled for the 10th Battalion the Parachute Regiment. The location is at Burrough on the Hill, near Somerby in Leicestershire. The project was an initiative of the 'Friends of the Tenth'. This foundation raised the required money via crowd funding. Around 600 people were attending the ceremony.