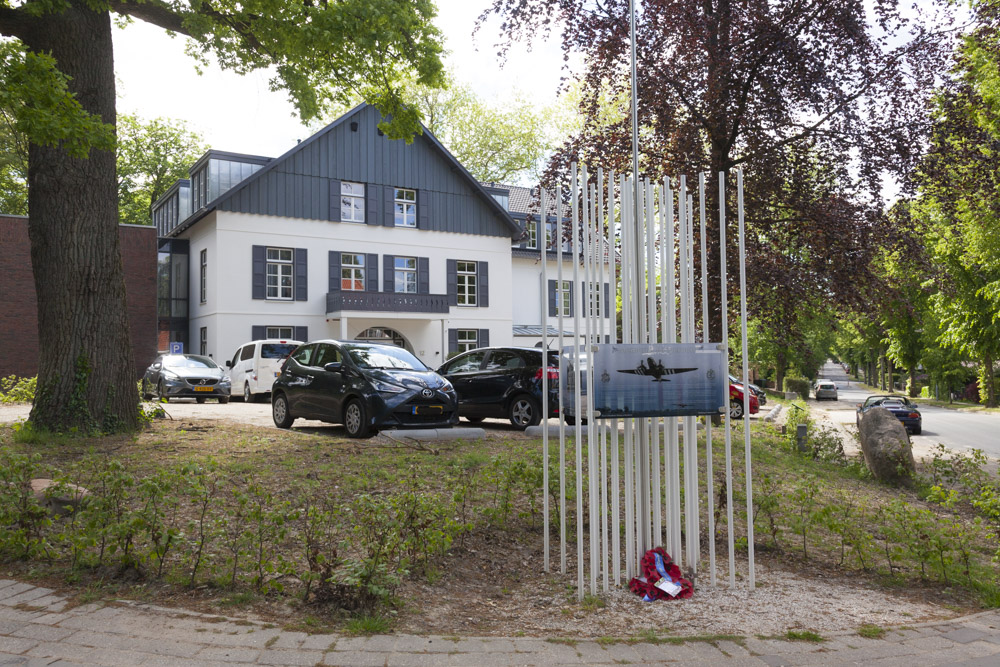 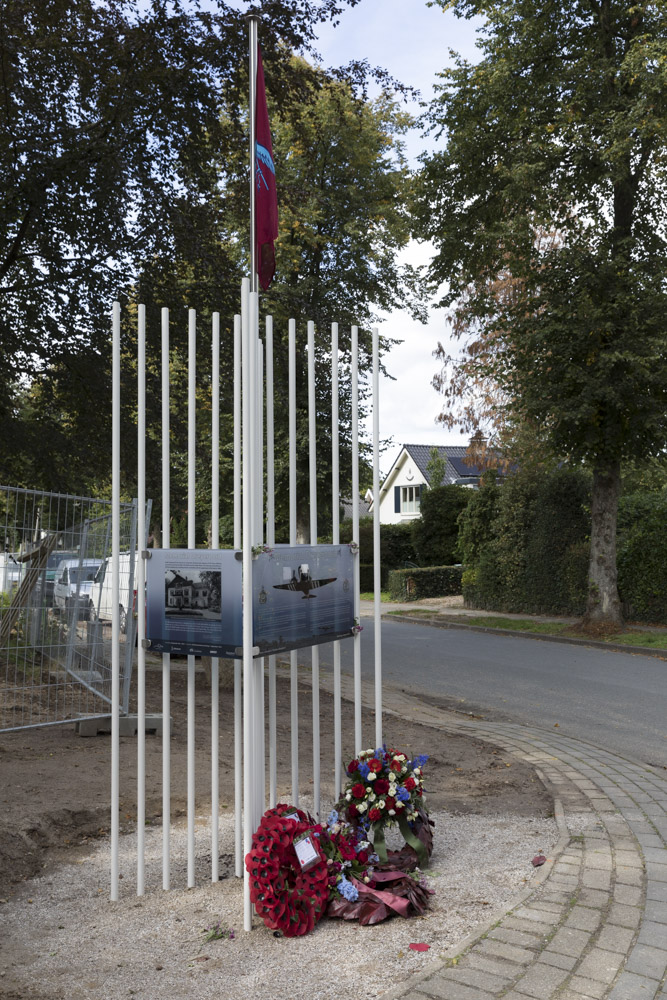 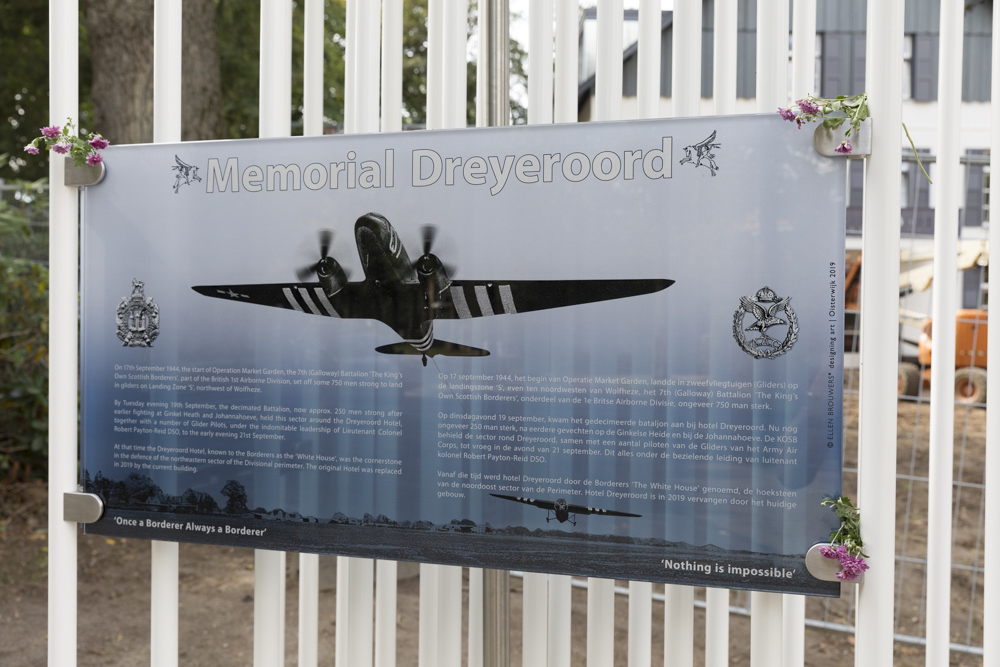 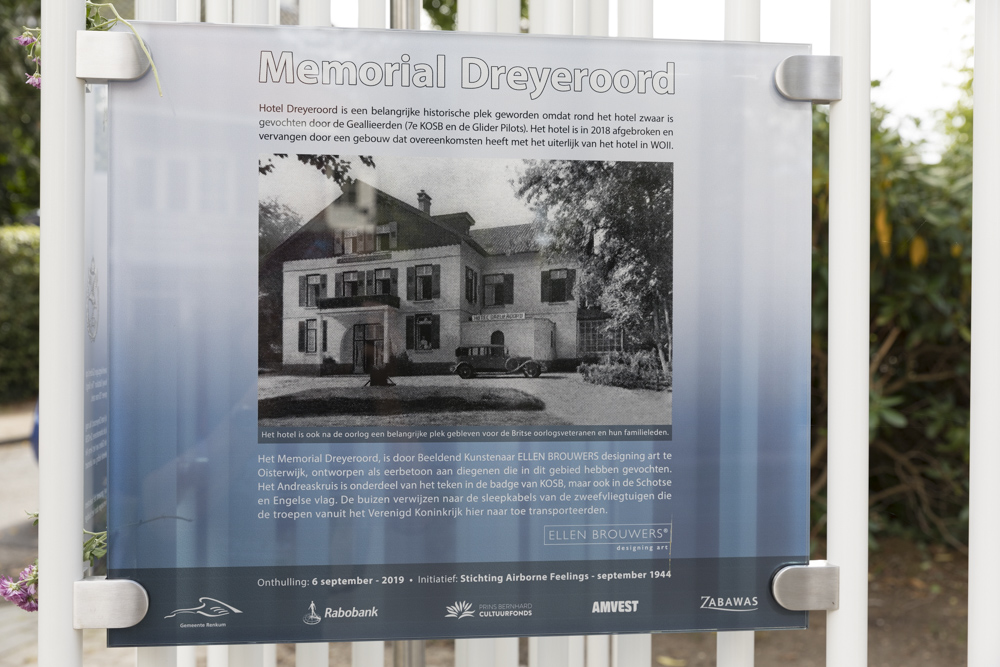 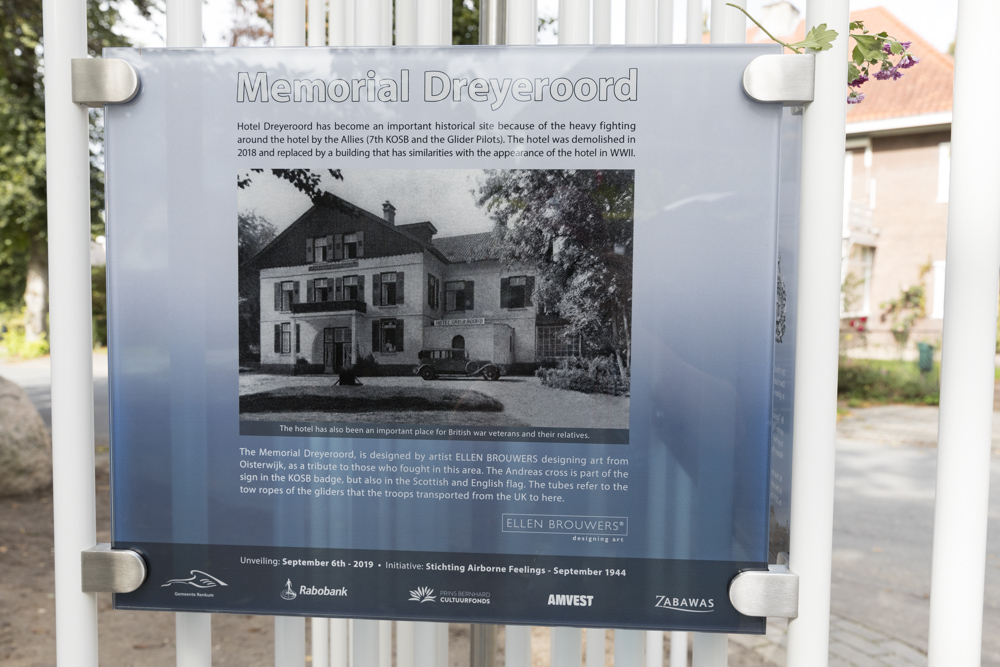 This memorial was unveiled on 6 September 2019. It is to honour the men of the 7th King's Own Scottish Borderers and the Glider Pilot Regiment who defended the Oosterbeek Perimeter in this area during the Battle of Arnhem.

Design Memorial Dreyeroord
Visual artist Ellen Brouwer from Oisterwijk designed the Memorial.
The monument is made of stainless steel with powder coating and hardened glass panels in ceramic technique.
The monument forms an Andreas cross inspired by the flag of Scotland. The 24 poles represent the estimated average age of the killed soldiers and the tow cables of the gliders that brought in troops from the United Kingdom. During the commemorations, the Airborne flag goes up in the middle tube.