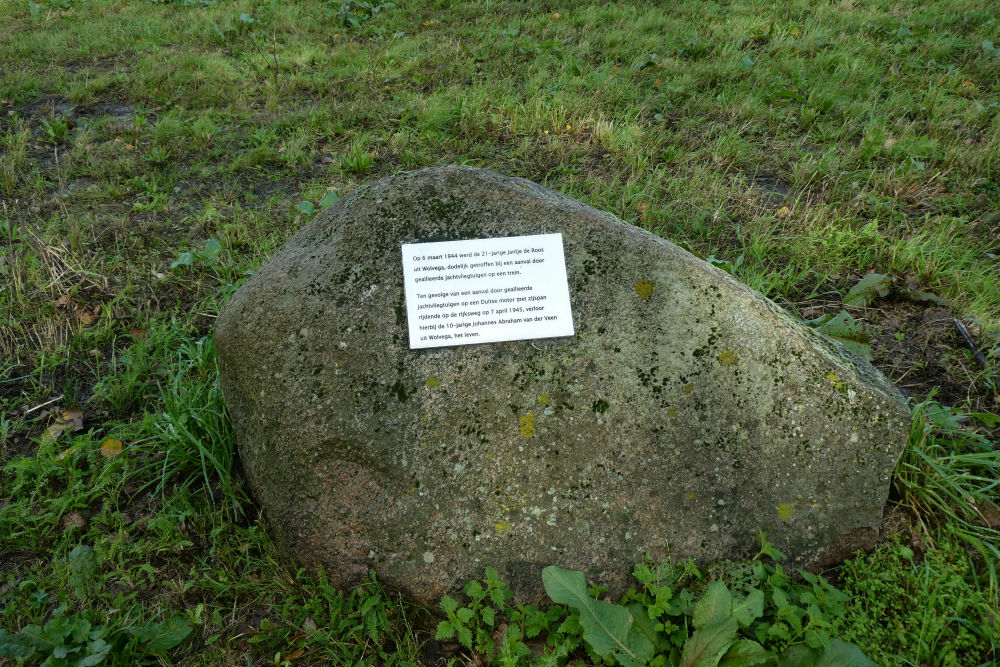 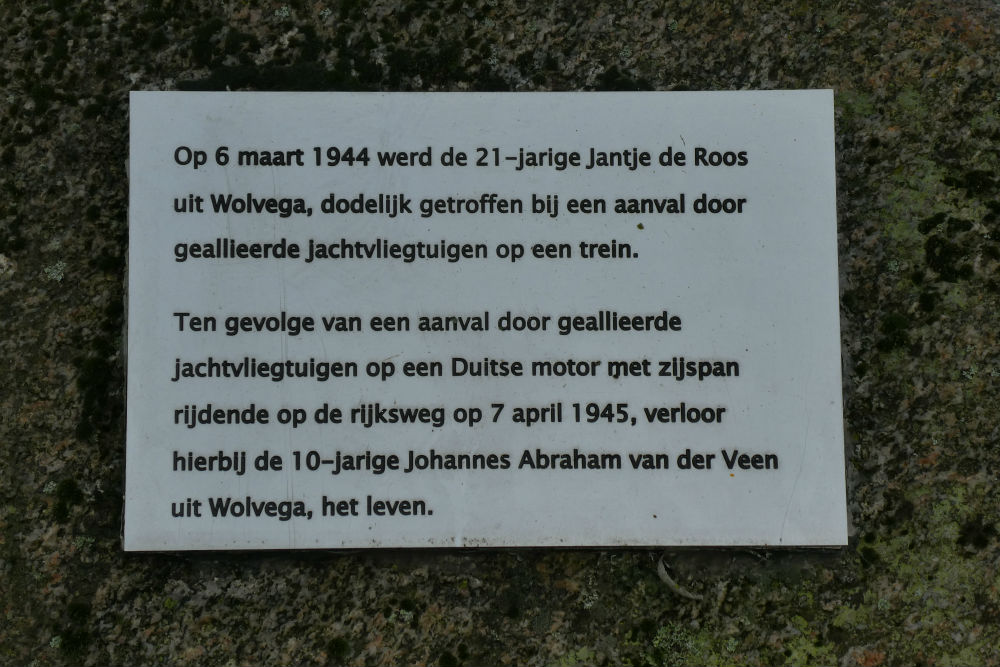 There was heavy fighting around Wolvega during the war, including near the Blesseburg on the Steenwijkerweg, at that time the only main road to Steenwijk and during the combat actions, civilian casualties were also regretted.

Mrs. Jantje de Roos died in Heerenveen at the age of 21 after being seriously injured on 06-03-1944 during a bombing of a British fighter aircraft on the steam train in which she was a passenger.

Just a few days before the liberation of Wolvega, there was an air attack by the Allies, in which two young boys were wounded on 07-04-1945. Johannes Abraham van der Veen did not survive this and died in a German field hospital (lazaret) the same day as a result of blood loss. His tombstone also mentions the date of death 08-04-1945.

Both victims are buried in the General Cemetery of Wolvega, barely two kilometers away from the Blesse Bridge. Their names are still mentioned during the National Remembrance Day and flowers are laid on their graves.

After the efforts of the Vereniging Historie Weststellingwerf, a memorial stone was placed at the entrance to the Zwarte Weggetje on 04-05-2005.