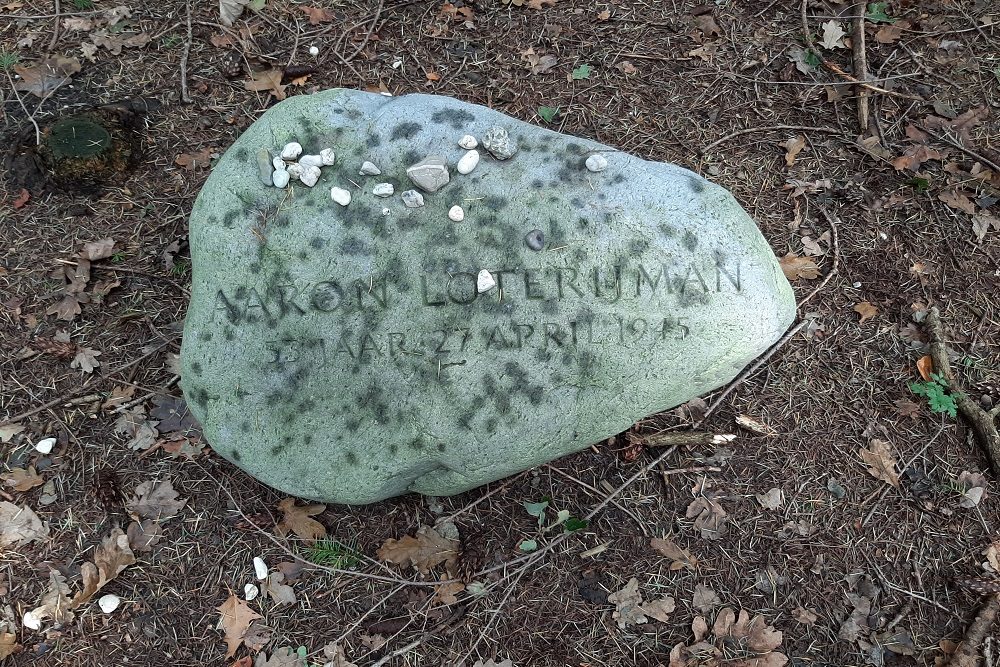 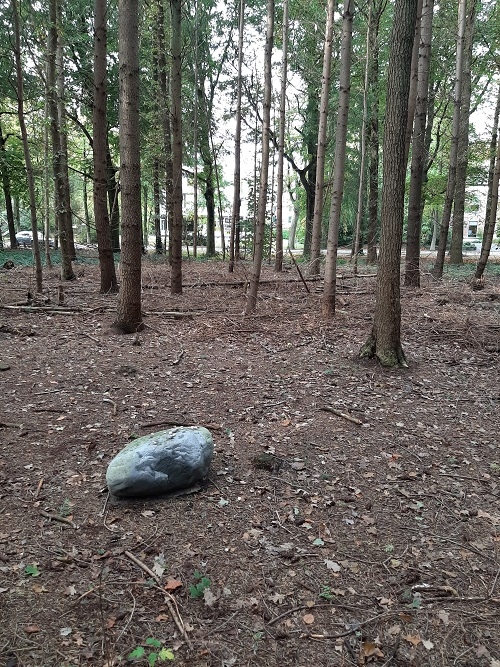 Aaron was in hiding with a photographer in Laren and was, probably by treason, imprisoned and locked up in Villa Medan in Baarn.
There he was brutally murdered and buried by Willy Kulla on 27 April 1945 in the forest opposite the said villa, and only weeks later his remains were found by accident because they were looking for a young resistance fighter, Kulla, also murdered two days earlier. van Kempen.
The monument was unveiled in April 2017 in the forest where Aäron Loterijman was murdered.