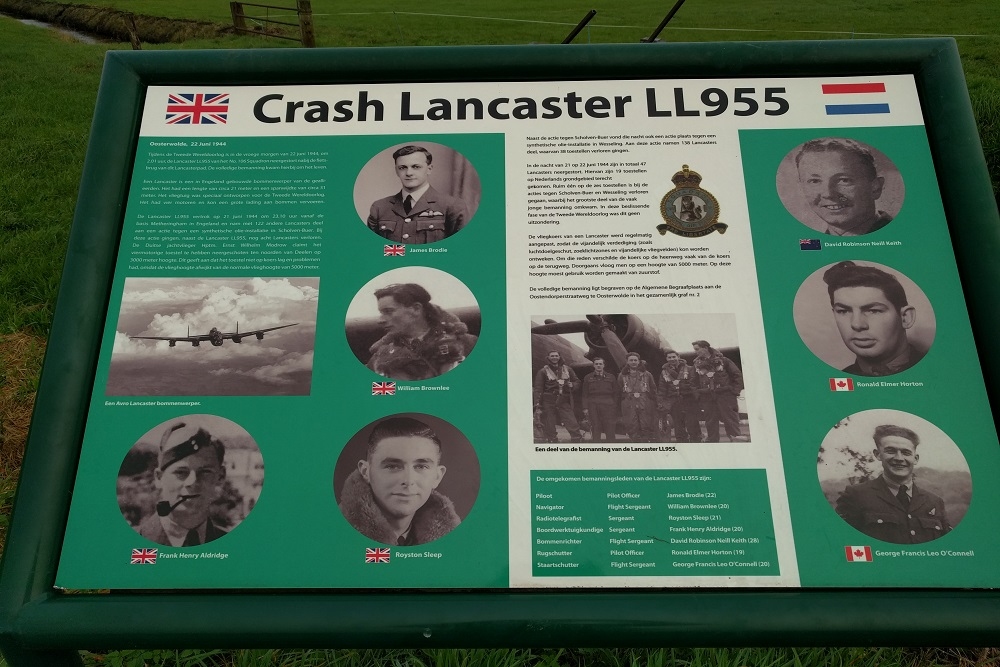 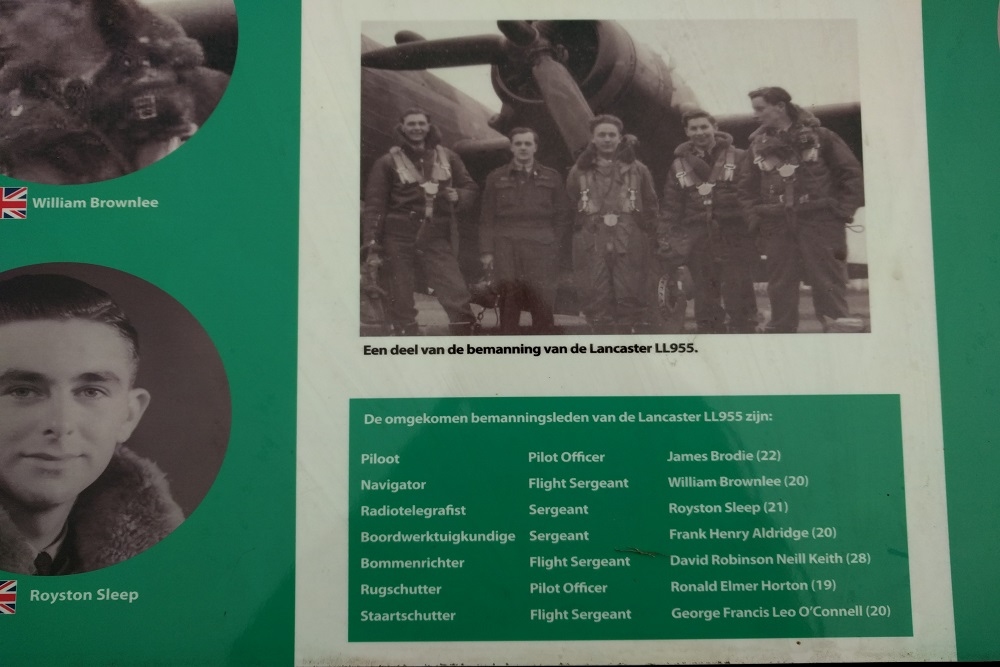 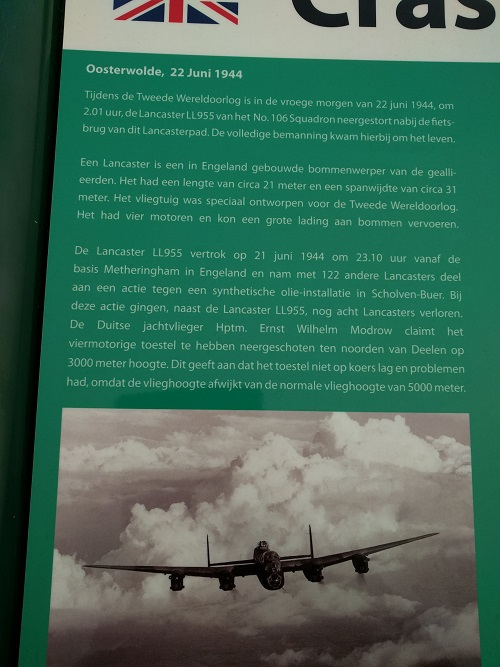 In the early morning of June 22, 1944, at 2.01 am, the Lancaster LL955 of the 106 Squadron crashed near the bicycle bridge of this Lancasterpad. The entire crew was killed.

The Lancaster LL955 left the Metheringham base in England on June 21, 1944 at 11:10 p.m. and participated with 122 other Lancasters in a campaign against a synthetic oil installation in Scholven-Buer. In addition to the Lancaster L955, eight more Lancasters were lost in this activity.

The entire crew is buried at the General Cemetery in Oosterwolde.

After this information panel was unveiled on May 1, 2015, the cycle path was named "Lancasterpad"