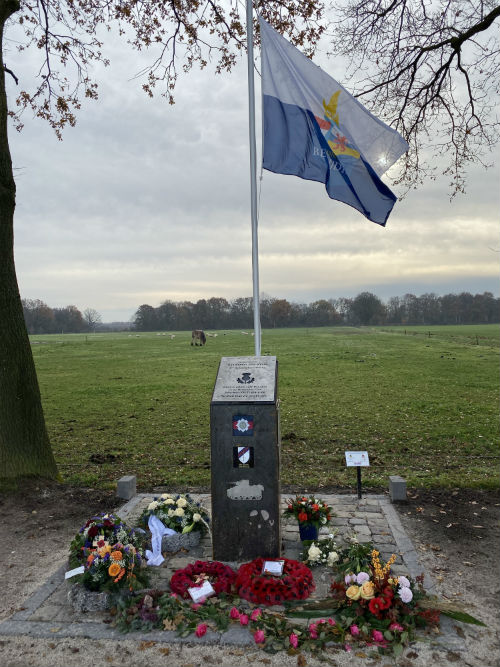 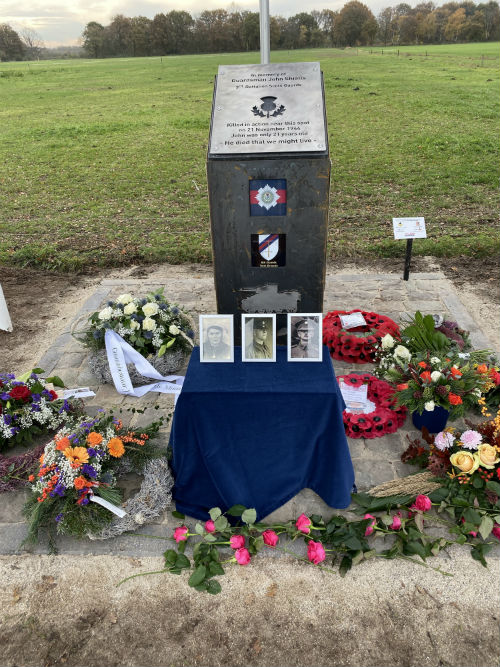 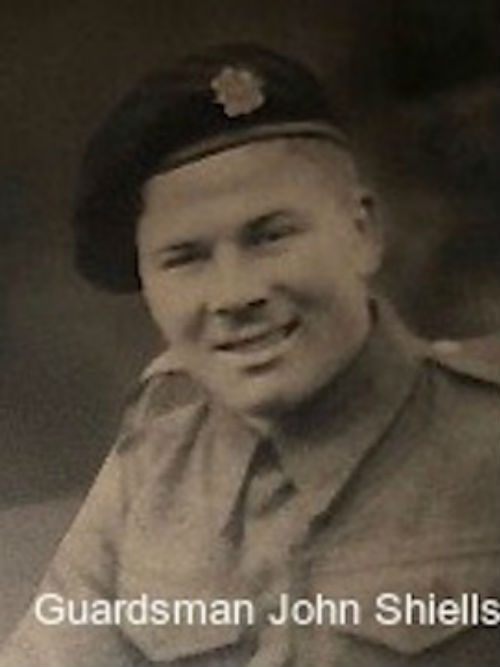 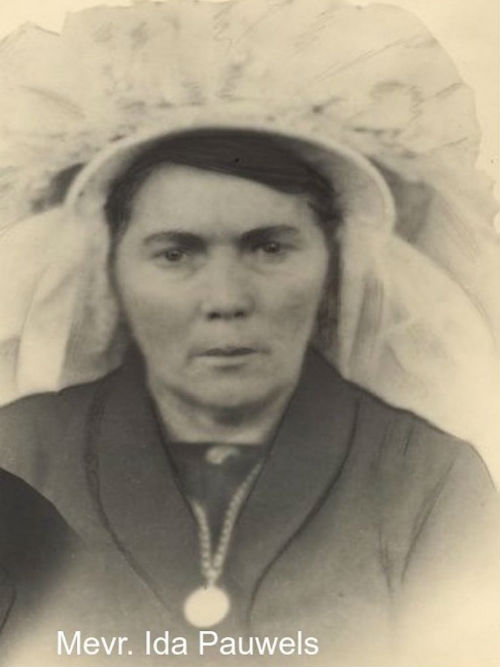 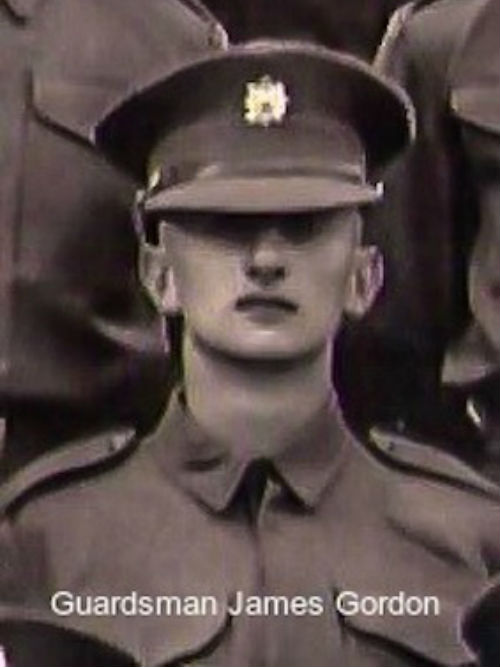 On November 23, 2019, a monument was unveiled on the Saardijk in Sevenum (L) in memory of and in honor of Guardsmen John Shiells and James Gordon, as well as Mrs. Ida Pauwels.

On November 21, 1944, one day before the liberation of Sevenum, a patrol of the Recce Troop of the 3rd Battalion Scots Guards went on exploration through still occupied territory towards the hamlet of De Vorst. Sergeant Jimmy Brown's M5 Stuart tank was in front and ran on the Saardijk in Sevenum on a land mine that the Germans had placed in the road the night before. Tank driver John Shiells, only 21 years old, died in the process. His remains were buried near the place where he died in a field grave along the verge of the Saardijk. The grave was adopted by mother Ida Pauwels, who at the time lived on the Saardijk and cared for it until August 1, 1947, after which John found his final resting place at the British war cemetery in Mook.

John's comrade James Gordon who sat next to him in the tank sustained very serious permanent injury during the mine explosion. Due to his strong will power, he managed to get everything he could from life despite his severe disability. Despite his positive attitude, he was only 52 years old. Tank commander Sergeant Brown and an (until now) unknown guardsman who were at the top of the tank remained virtually unharmed.

John Shiells became the first allied liberator to lose his life in the Sevenum community during the liberation campaign. Together with James Gordon, he became a symbol for the other Allied soldiers of the 15th Scottish Division who died in the village or were seriously injured in the days of the liberation. Mother Pauwels is also honored with this memorial. She, who as a widow in the war years must have clearly had a difficult time, partly due to the care for her 8 children and her farm. Yet she took the time and effort to adopt John's grave and lovingly care for it in the years he rested in his field grave.

A model of humanity in the inhumanity of the war.