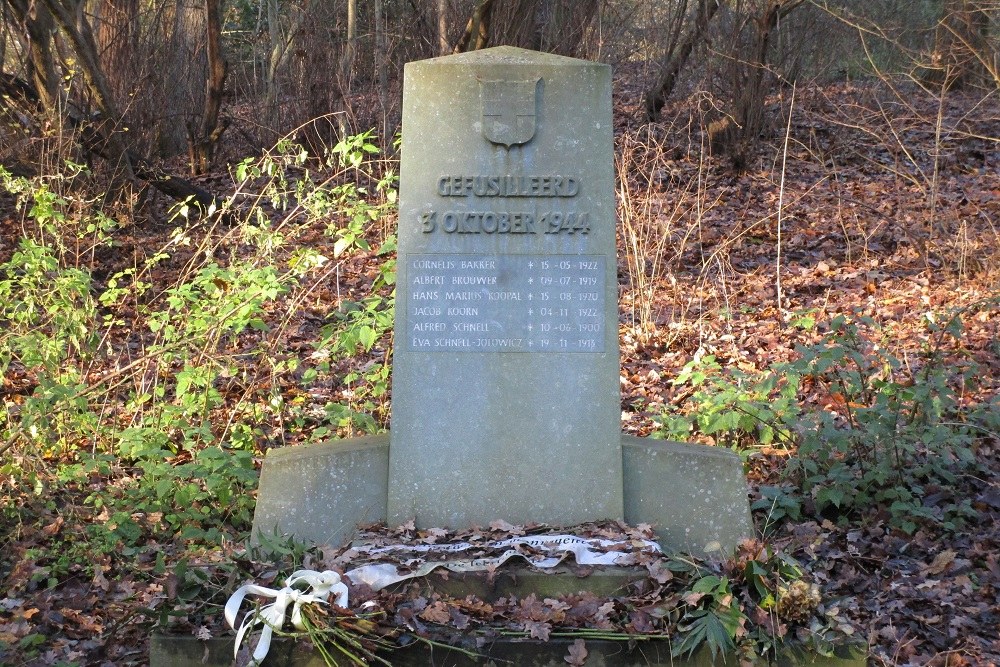 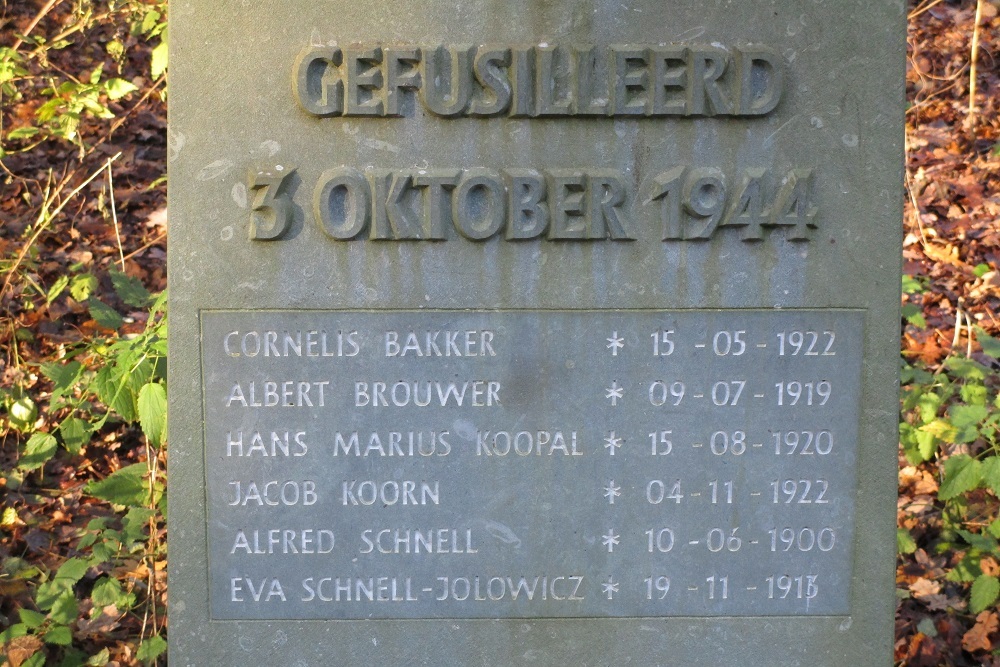 The English Work park has a monument for 6 people who were shot there on October 3, 1944.

By betrayal, all were arrested on 3 October 1944 and taken to the park to be executed. The remains were transferred to the Westerbork Camp after having been buried somewhere without caskets. Upon arrival, the crematorium was no longer working due to a lack of fuel.
As a result, they were reburied in a secret mass grave near the camp. Partly in view of the late discovery of the six white wooden coffins of the executed in this mass grave, the official death date, stated on the death certificate of the former Westerbork municipality, was (wrongly) determined on 14 May 1945.