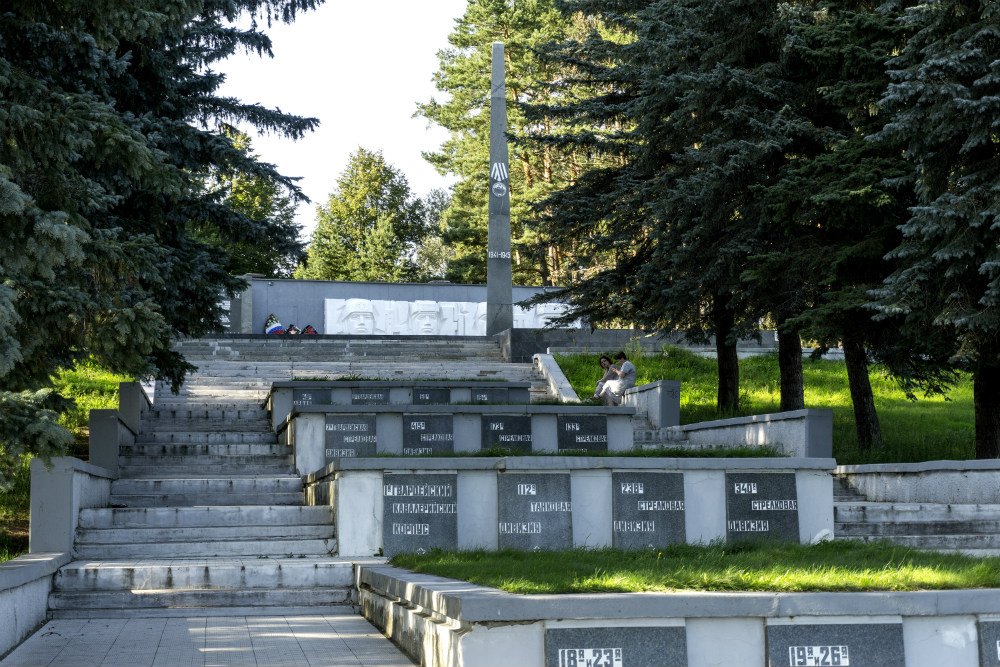 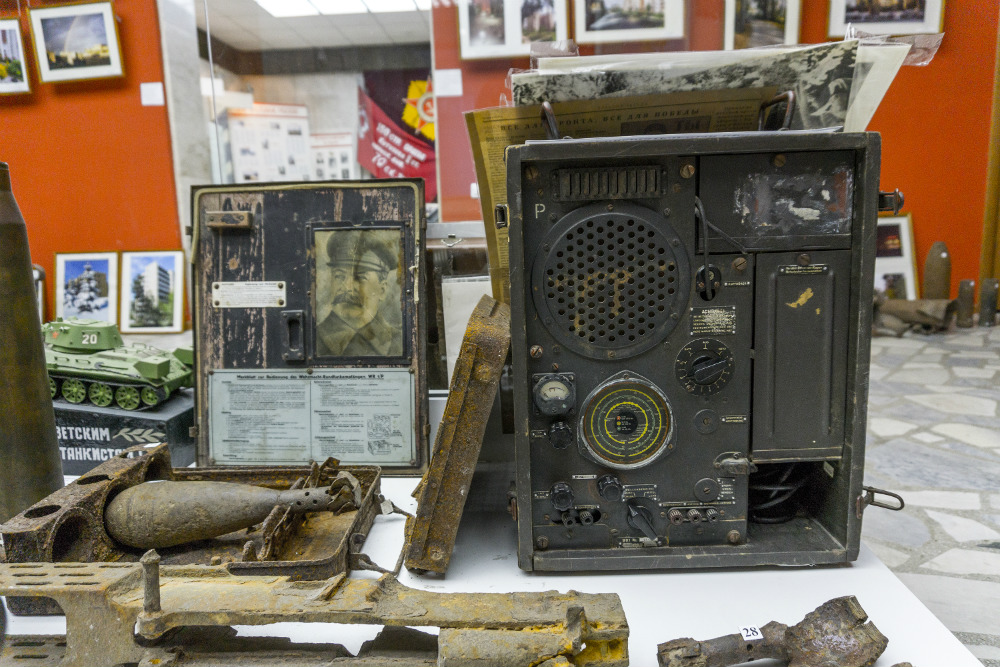 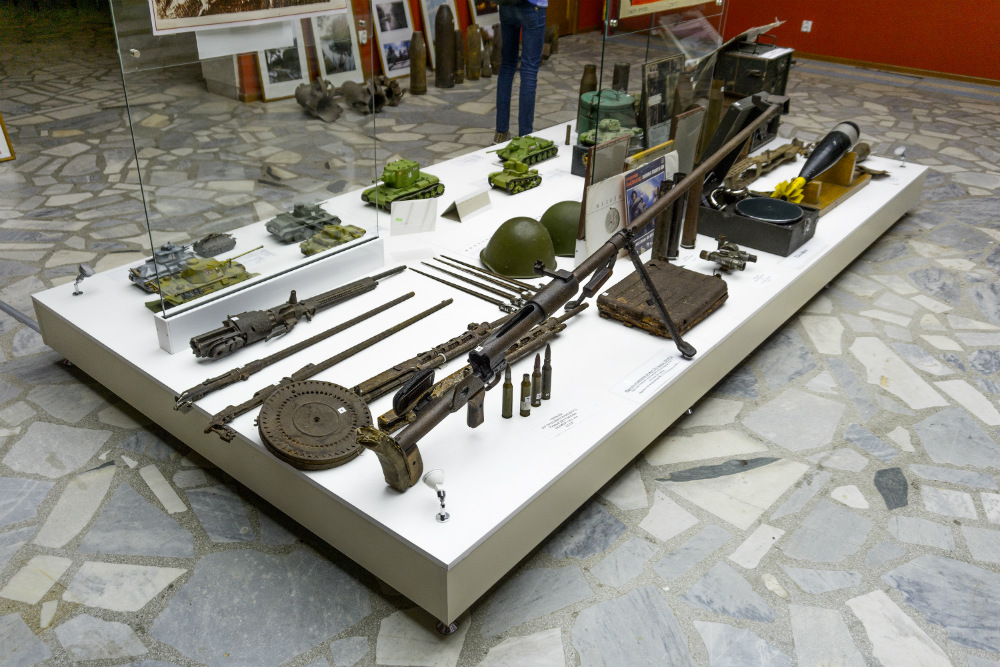 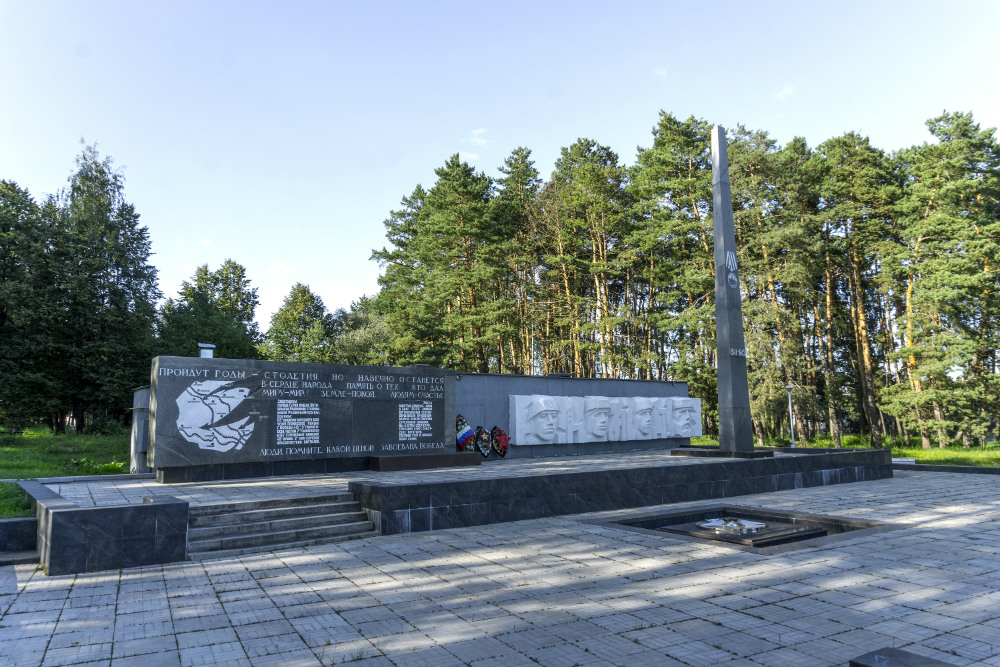 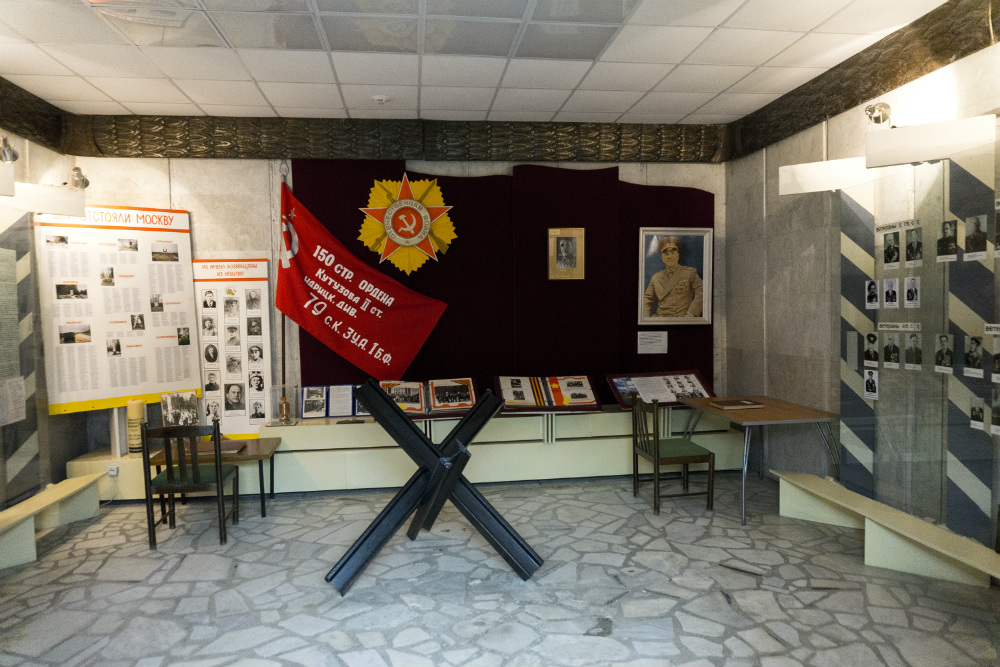 Stele-obelisk in memory of the natives and defenders of Moscow, which was opened on 9th of May 1968. The words are carved on it: "years and centuries will pass, but the memory of those who gave peace to the world, peace to the earth, and happiness to people will remain forever in the heart of the people."

Veterans of the 49th army, former partisans, local residents persistently offered to perpetuate the memory of the defenders of the capital in the Serpukhov direction and local partisans. In the summer of 1968, students-pathfinders from a local school found the remains of three Soviet unknown soldiers not far from the village of Ekaterinovka. These remains were transported to Moscow, where they were cremated and the urn with their ashes was taken back to Kremenki and buried under the star. Together with the urn was buried an ampoule with an appeal to distant descendants. It says: "Our distant descendants! Keep in your hearts the bright memory of the fallen soldiers who defended Moscow. Remember those who lie here, under the birches, under the pines, and far from their native land. Remember those who couldn't survive till the happiness of Victory."

After the creation of memorial at this place on September 7, 1969 the eternal flame was lit. That flame was delivered from the grave of the Unknown soldier at the Kremlin wall. And on May 9, 1975, on the day of the 30th anniversary of the victory over Nazi Germany, the Museum of military Glory and Valor was opened, dedicated to the soldiers of the 49th Army and partisan heroes operating in this area. The monument of Glory stands on the spot where the attack on the enemy began. The authors of the memorial complex are architects Lisitsin N. D., Abramov Yu. P., Lilye L. V. The memorial is located on a hill, the slopes of which rest on the highway Serpukhov-Protvino-Kremenki-Zhukov. On the right, at the foot of the hill, is a mass grave. The memorial has the form of round pillbox, in the depth of which there is small museum. On the top of the hill is the eternal fire. A grand marble staircase leads down from it. On each of its marches, carved in stone the numbers of divisions that stood to their deaths during the defensive battles in the Serpukhov direction  the southern flank of the Western front.