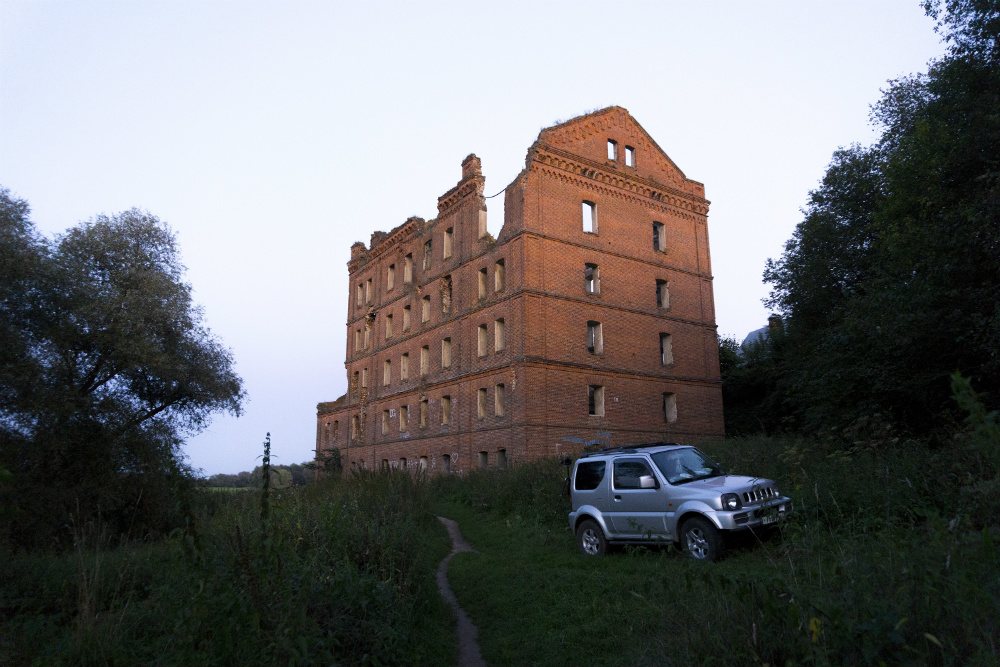 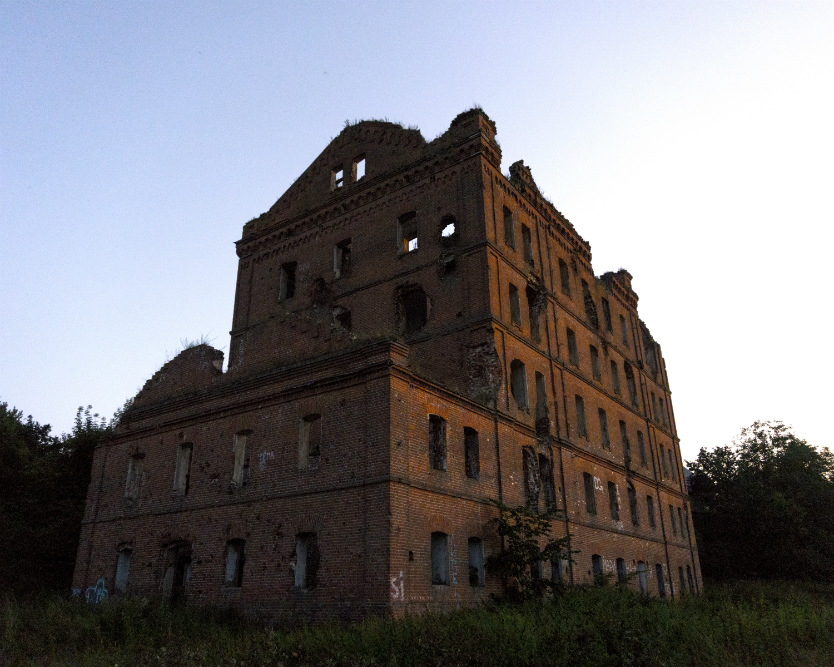 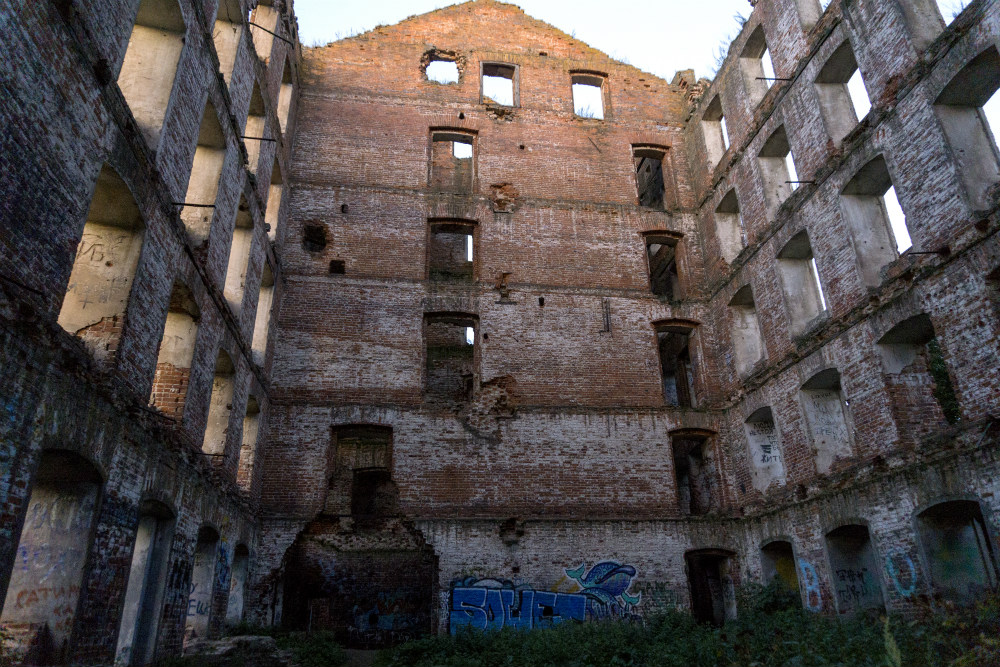 Abandoned and damaged during WW2 grinding mill in the village of Yuratino near the city of Protvino. The mill was built presumably in the late 19th-early 20th century by a merchant who bought grain from the entire province. The mill is a water mill, and at the time of its operation there was a whole system of water wheels, levers and drives on the ground. The force was transferred to the main shaft, which led to the grinding shop on the first floor, then the system of additional shafts force was distributed to several millstones. The building is large, as it included warehouses for raw materials (grain), finished products (flour), rooms where lived a large family of merchant, rooms for workers and etc.

During the Second World war, the building was used as a strategic and command post, hospital and warehouse. It was used by the Germans twice - the first during the offensive, the second during the retreat. In both cases, fierce battles were fought for this line with heavy losses on both sides. During the counteroffensive of the Soviet troops near Moscow, the soldiers of the 194th division had to storm the five-story building of the mill, turned by Germans into a heavily fortified pillbox.

Huge building of the mill, covered by holes of bullets and shells, still stands nowdays. This is favorite place of climbers. Once, here died a girl when she fell from the height.