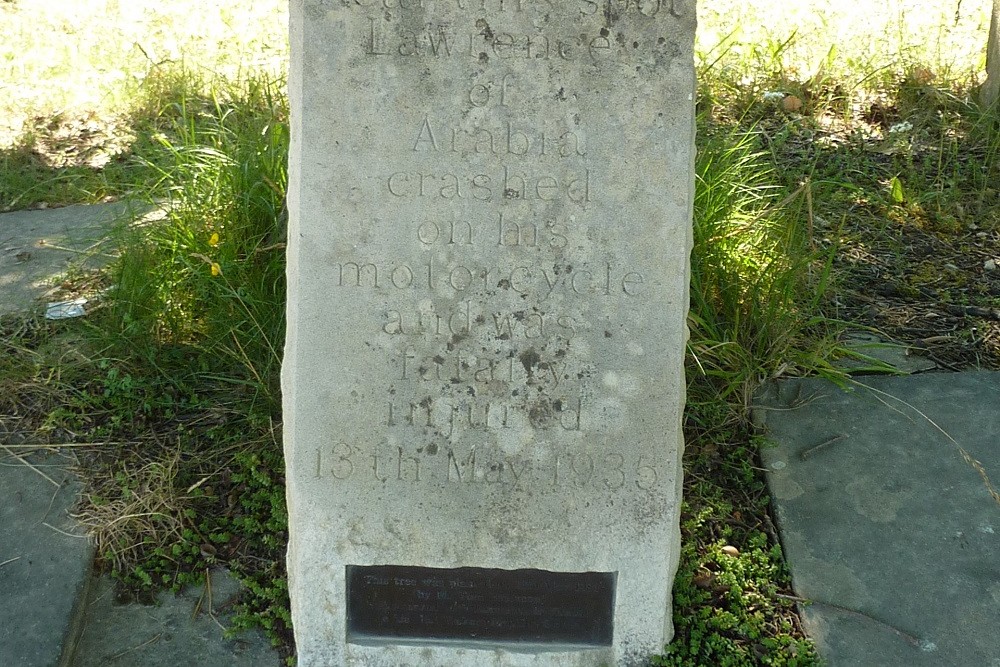 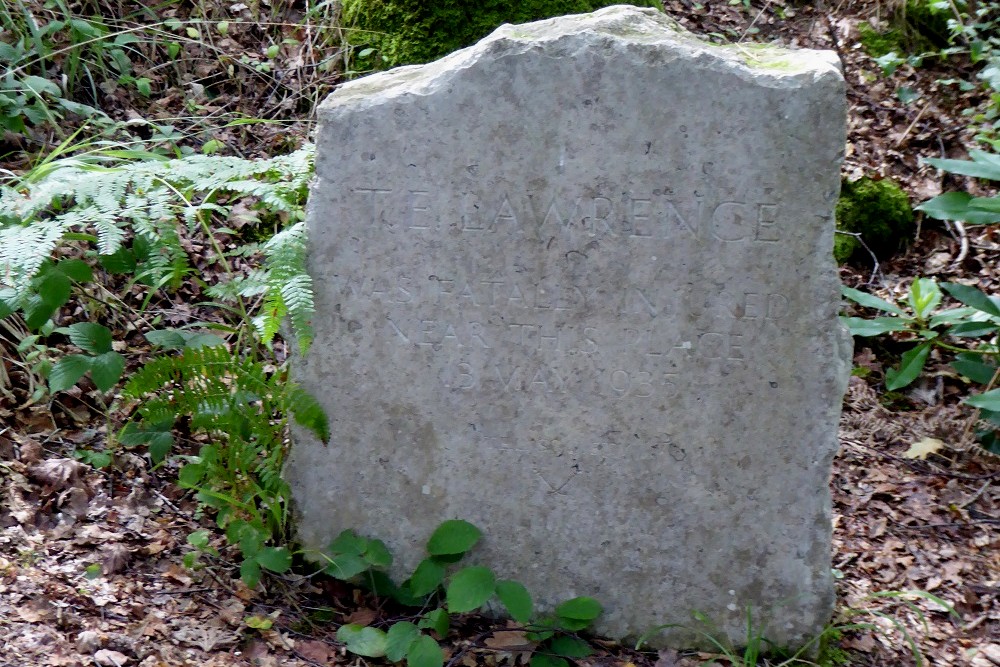 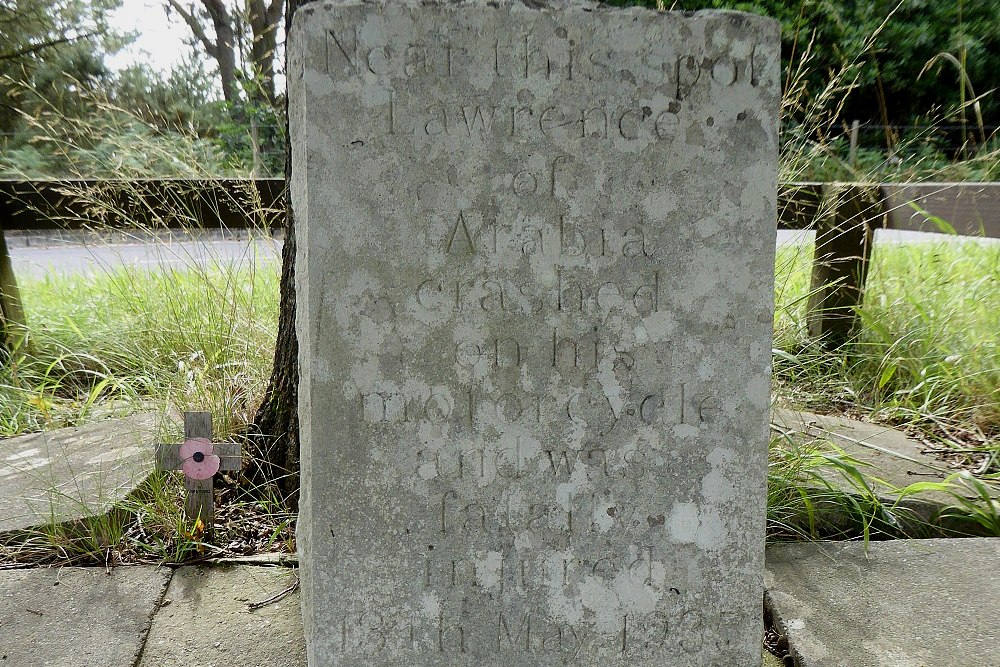 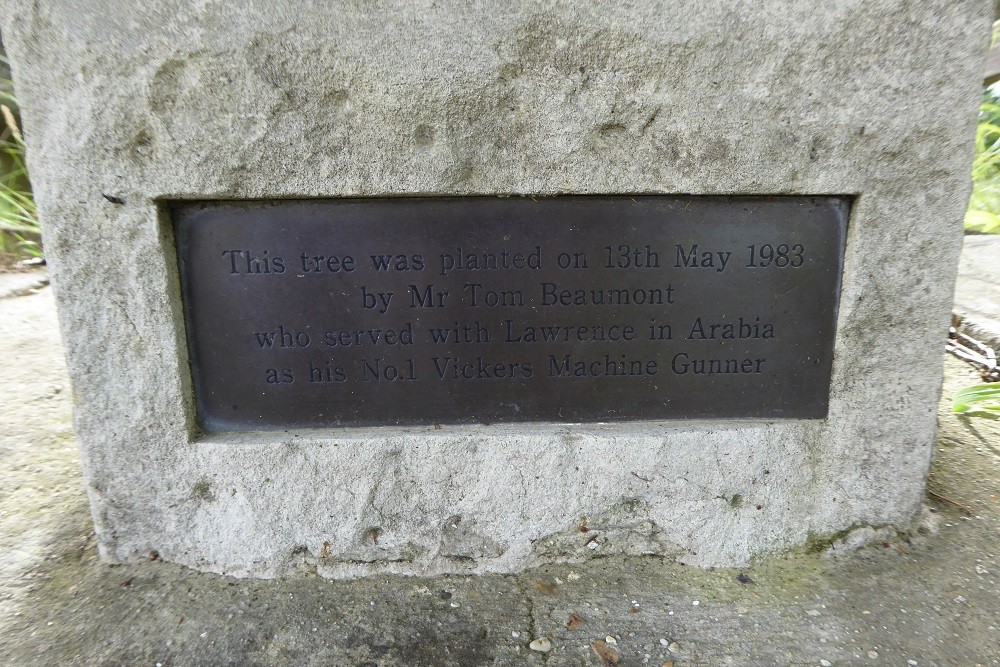 On this location T.E. Lawrence crashed on May 13, 1935 with his motorcycle. Six days later he died at the military hospital in Bovington. T.E. Lawrence became known as "Lawrence of Arbia" and died at the age of 46.
He was buried in nearby Moreton,