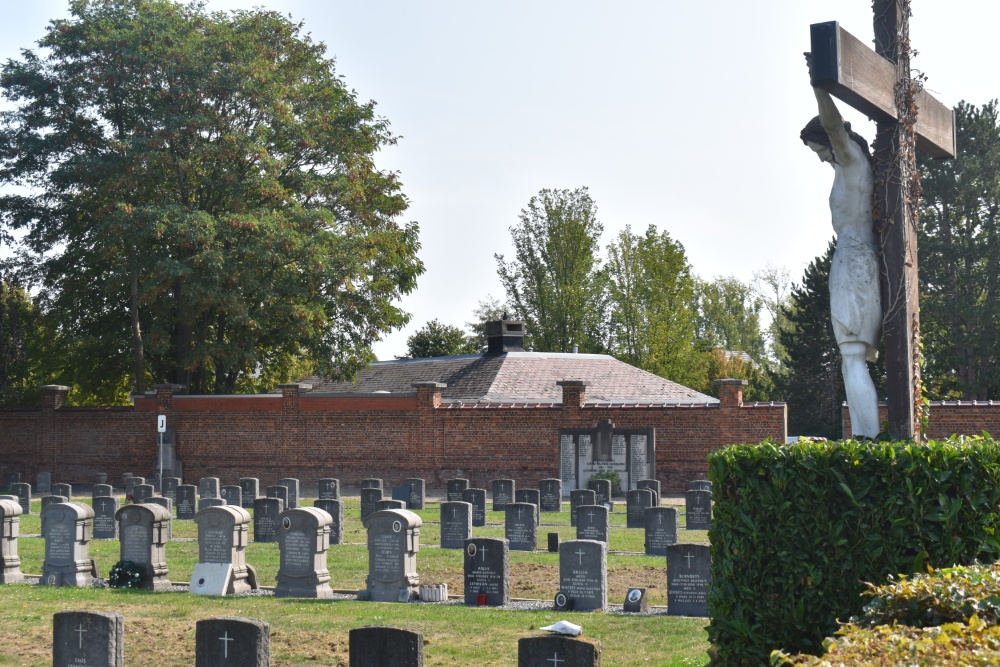 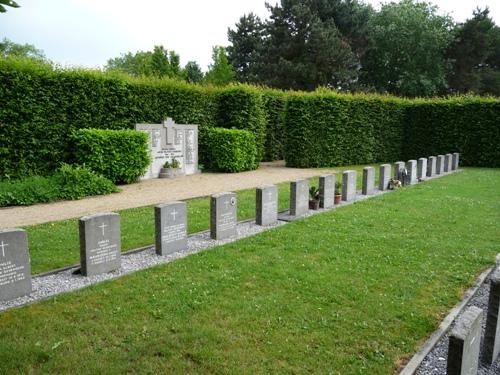 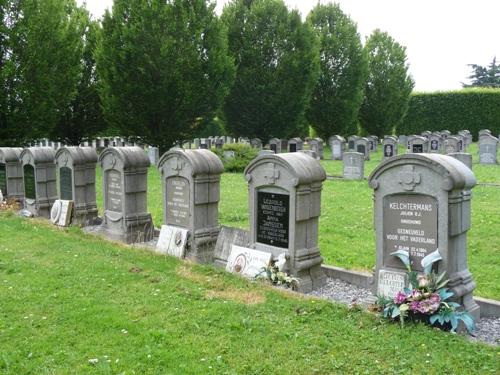 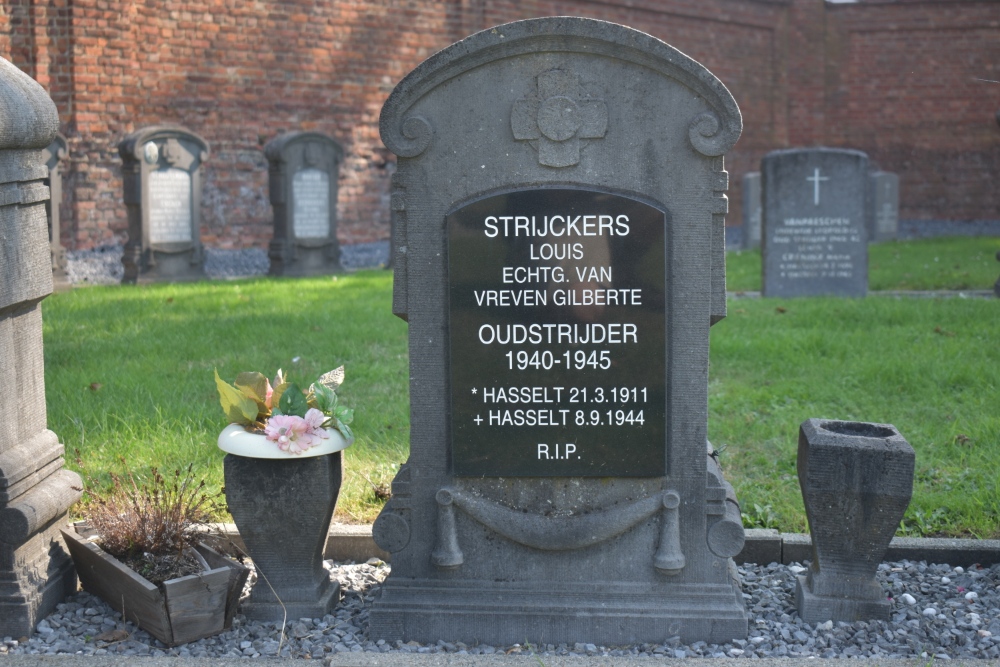 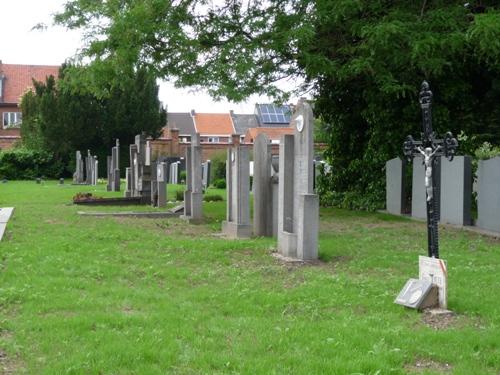 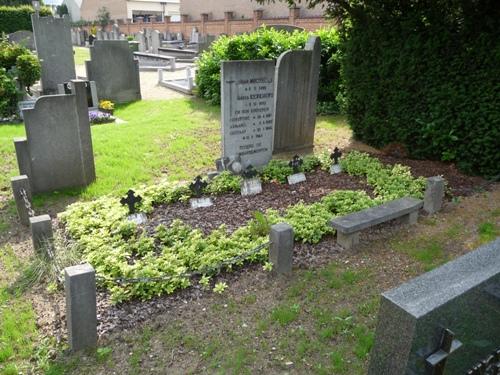 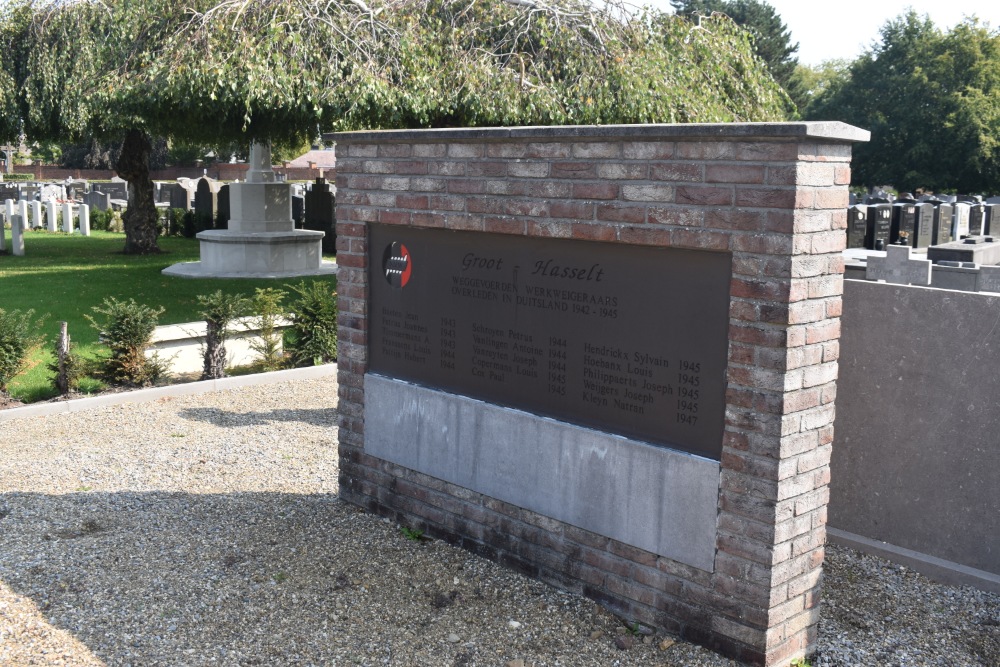 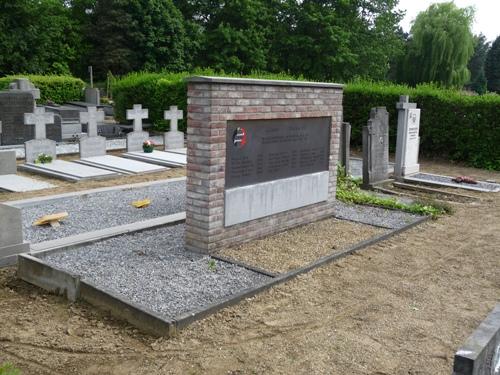 Strijkers (picture 4)
In front of the memorial to the political prisoners killed in World War Two there are a couple of lines of graves of these Belgian martyrs.
One such grave is of Louis Strijkers, a local teacher from the city's Royal Atheneum school. As a member of the Secret Army Limburg resistance group that gathered in the Kiewit area ahead of the Allied advance on the 5th September 1944, he was unfortunately caught and shot by Waffen SS soldiers on the 6th. While the grave has his date of death as the 8th of September 1944 as per the registry office, two other sources have the date as the 6th. Those being contemporary German military records and the local resistance memorial.
He is remembered on his school's memorial in its garden next to Hasselt's Guffenslaan, and the Kiewit memorial to resistance fighters killed in early September 1944 on the Kiewitdreef, near where he met his end (with date of death).

Hasselt Communal Cemetery contains one complete row of graves of civilian casualties of World War II, including several families. They fell victim to bombardments on Kuringen on 9 April 1944 and Hasselt on 12 May 1944 and 6 September 1944.

Next to the Commonwealth plot is this simple Memorial located. It commemorates the deported residents of Hasselt, who refused to work for the Germans, who died in Germany during World War II.

Around the Memorial are several Belgian War Graves with private headstones.