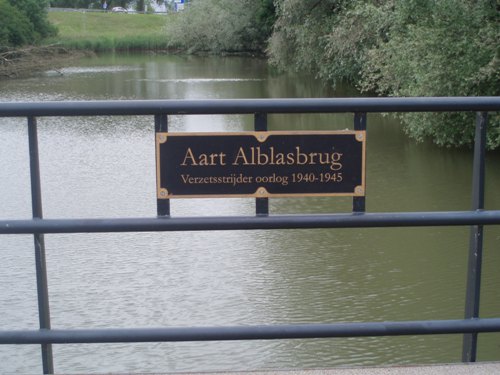 This bridge was named after Aart Alblas.

He was one of the most decorated members of the resistance of the Netherlands. Trained by MI-6, he collected military information. In 1943 he was arrested. Later he was transported to Mauthausen concentration camp, where he was executed on 7 September 1944.