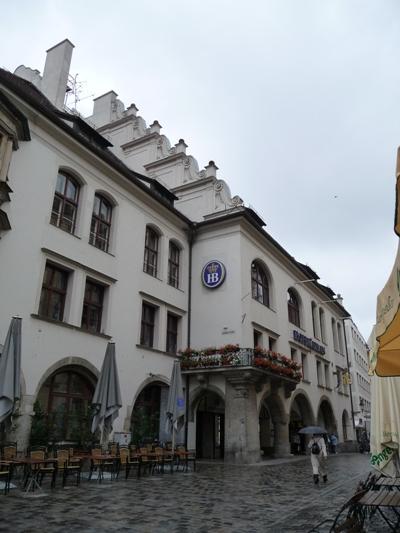 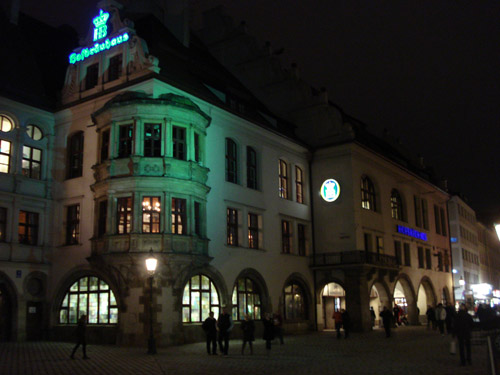 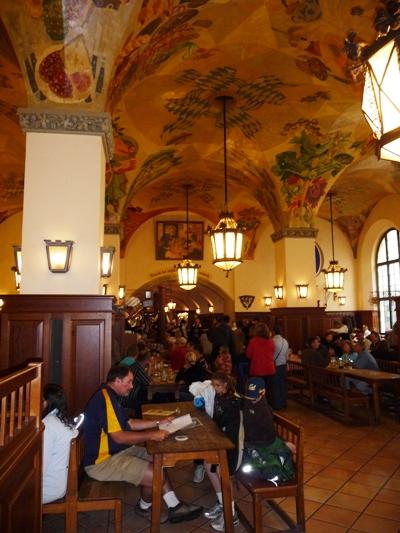 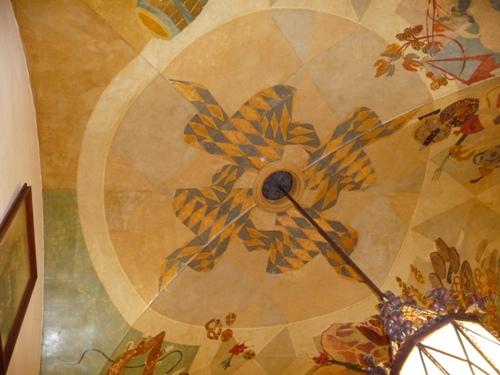 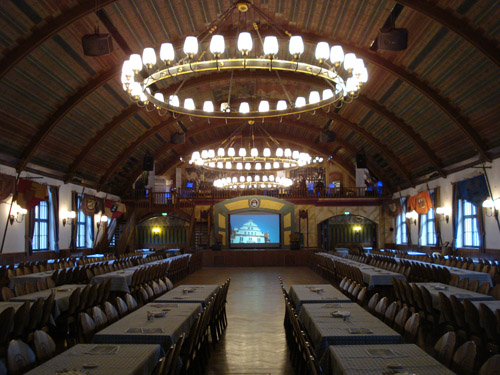 In this building, the German Worker's Party (soon the NSDAP) held their first mass-meeting where Hitler declared his 25-point-party programme to an audience of about 2000 people. This meeting is considered the founding session of the Nazi-movement.

On the ceilings, the Bavarian flag was painted in a swatica-motive. After the war the paintings were camouflaged a bit.