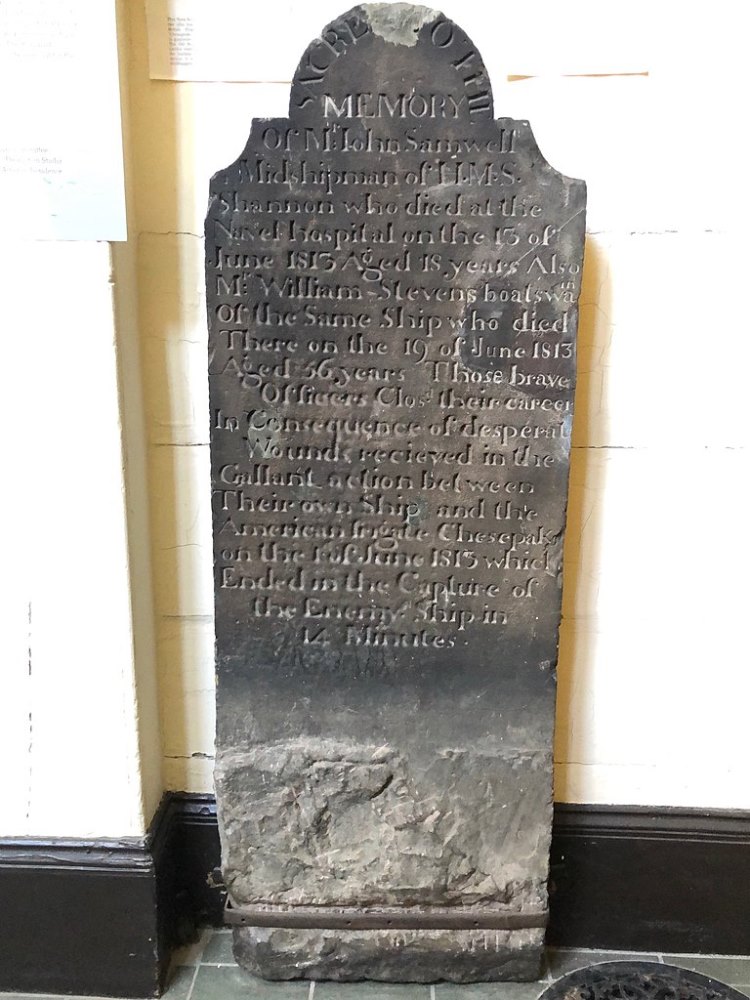 In St. Paul's Anglican Church is the grave of John Samwell (died 13 June 1813) and William Stevens (died 18 June 1813).
They were wounded in the Battle of Boston Harbor on 1 June 1813, during the War of 1812, when the USS Chesapeake was captured by the HMS Shannon. The Chesapeake conquest was a famous naval action for the Royal Navy and was also famous in the United States for the dying Captain James Lawrence's last words: "Don't give up the ship".