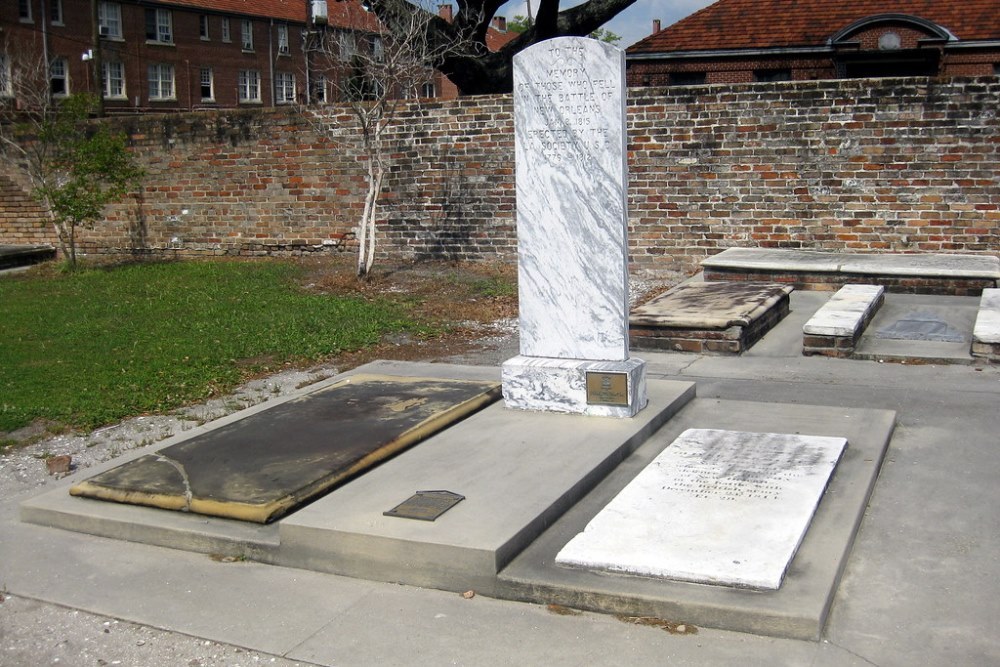 This memorial in St. Louis Cemetery #1 commemorates the Battle of New Orleans. The monument memorializes the soldiers killed in the Battle and buried in the Protestant section of St. Louis Cemetery #1. At the memorial are also two original graves, including the one for William P. Canby.
The Battle of New Orleans took place on 8 January 1815. This was after the signing of the Treaty of Ghent (on 24 December 1814), but that news had not yet reached the United States. At the battle, a major British force attacked American positions, but the attack was poorly executed and the Americans were able to repel the attack. The battle, which lasted only 30 minutes, killed 386 British soldiers and injured more than 1500. For the Americans, the losses were 55 dead and about 200 injured.