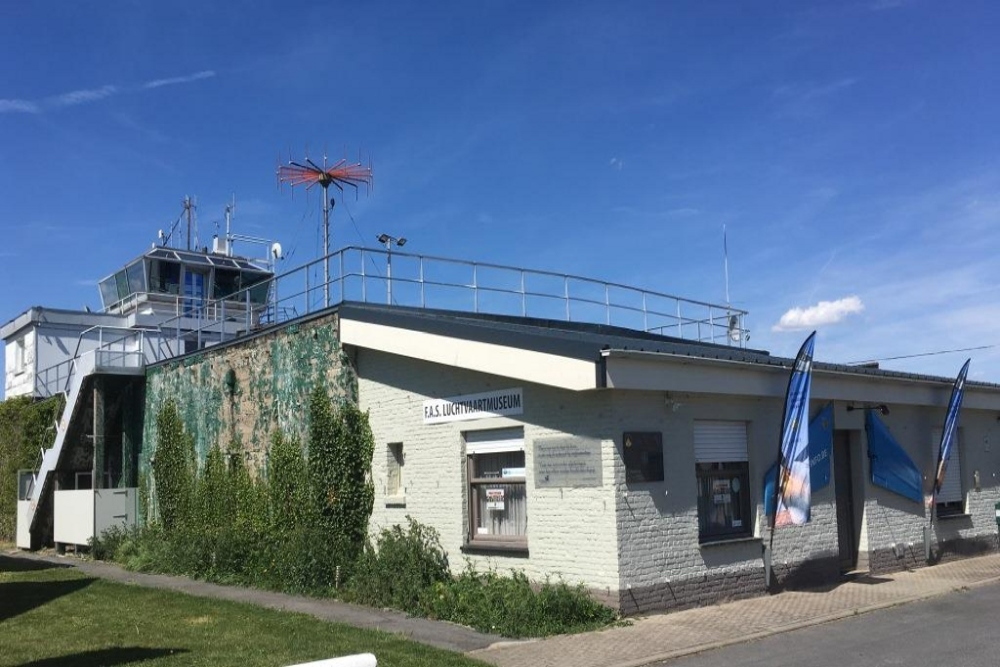 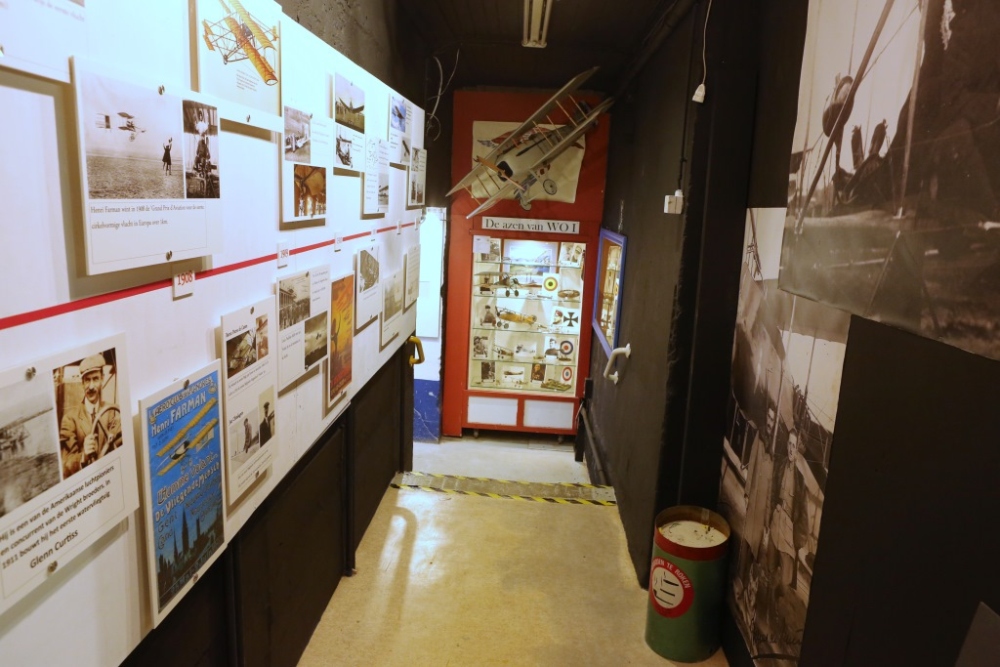 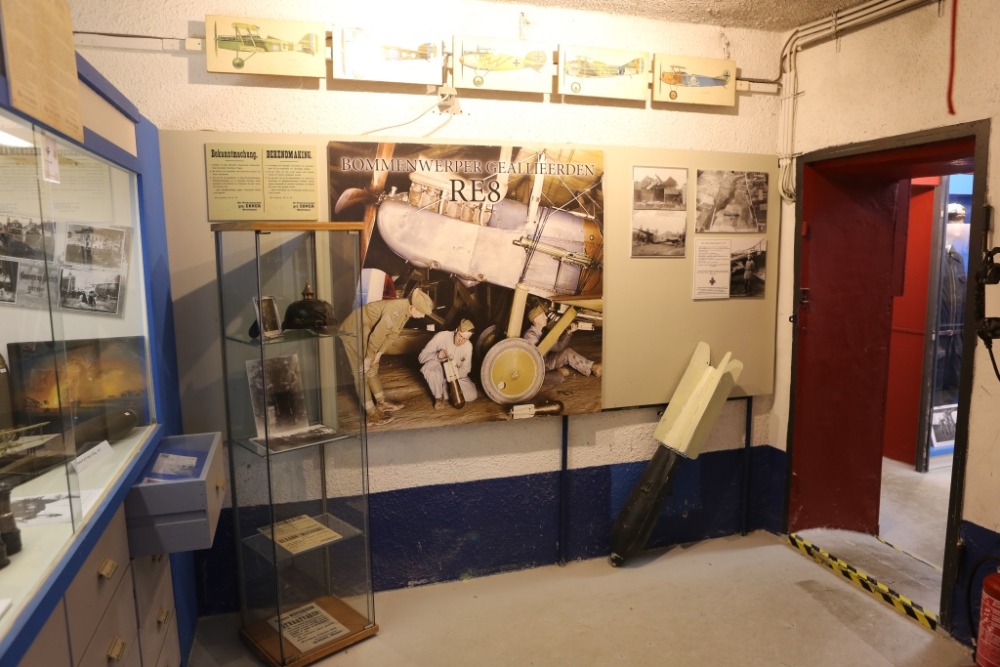 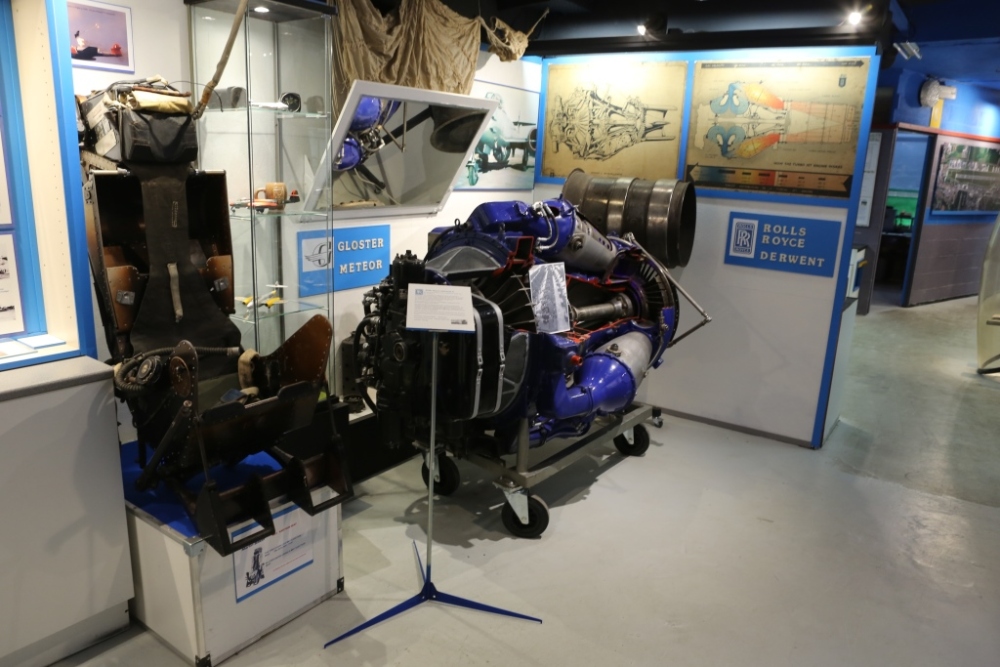 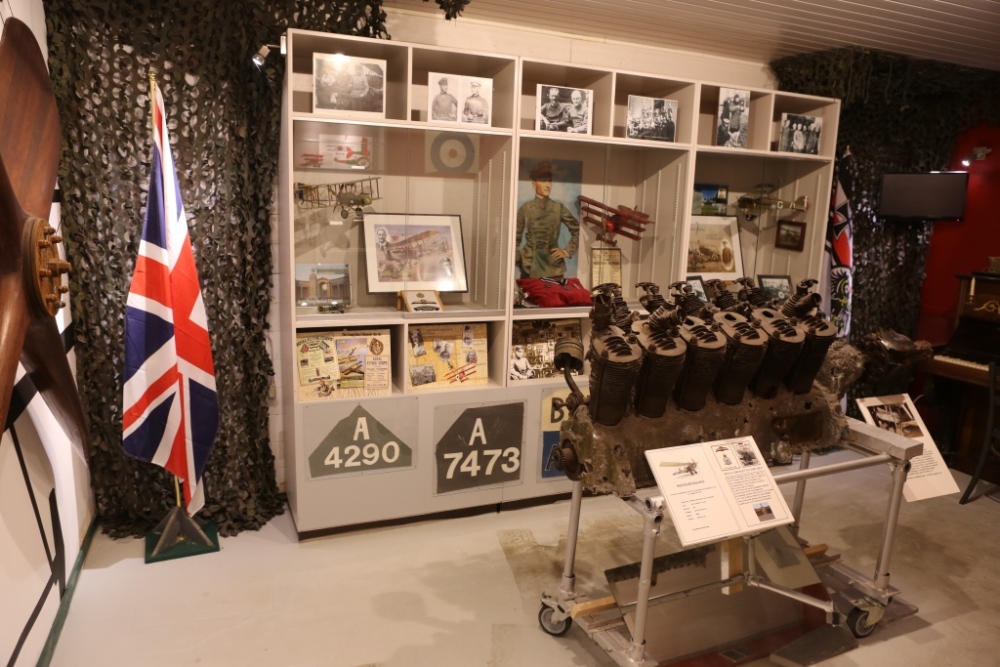 The airfield Kortrijk-Wevelgem almost as old as aviation itself, was built by the German occupants in 1917. It was to be used by the Jagdgeschwader 1, with between others the legendary Manfred Von Richthoffen as commanding officer. After WO1 the airfield was used as the elementary Belgian Airforce school from 1924 until the start of WO2 in May 1940. During WO2 it was again used by the German Luftwaffe with the Jagdgeschwader 26 Schlageter as most known occupant, and Josef Pips Priller as its commanding officer. After the liberation until 1960, it was used by the Belgian Airforce. Later it was taken over by general aviation, with diverse flying- and glider clubs. Nowadays, the focus is more on the business side with it being an international airport, with a nice array of business jets, helicopters, light aviation and even a few warbirds.
The museum itself houses in a bunker that was built in 1942 to be used as a hospital for the occupants of the airfield. With the birth of FAS (Flanders Aviation Society, a group of people with an interest in aviation) there was need for space to bring together the collection of aviation related items. Therefore the bunker was rearranged to be able to show these unique pieces to the public.
In 2017, after 25 years, it was time to rearrange the collection. With a focus on the rich history of the airport Kortrijk-Wevelgem. With a room to highlight the passage of Manfred Von Richthoffen, some interesting engines and a diorama of the old control tower our guides are eager to be able to talk about this history to the public. We welcome all visitors, are You an aviation enthousiast, or interested in the history of WO1 and WO2? We are situated under the control tower, and being an international airport there is most of the time the joy of seeing some flying.
The museum is solely run by volunteers. It can therefore only be visited in group and after reservation. Reservations and enquiries: bezoekFASluchtvaartmuseum@gmail.com The first Sunday from May until October the museum can be visited for free from 14h until 17h.
All info about the association and the museum can be found on the website (in Flemish) www.fasinfo.be