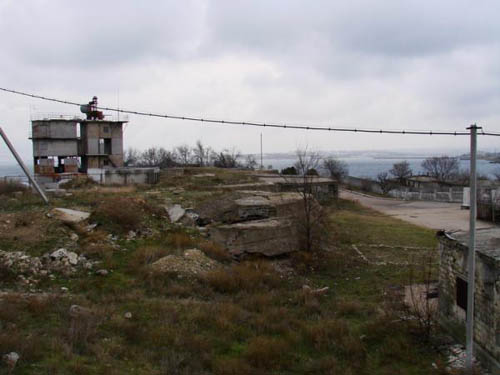 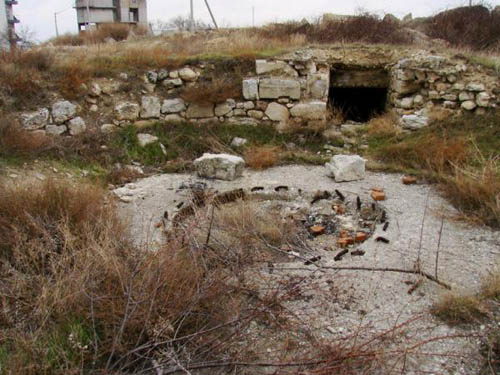 This coastal battery was constructed in 1914 and was orginally armed with four 152mm guns. These were removed in August 1941 and relocated to the land front. The battery was re-armed in November 1941 and shot more than 5000 shells on the German lines from November 1941 to June 1942. The garrison defended the place untill the last man.

The coastal battery today:
Its in a very bad shape.