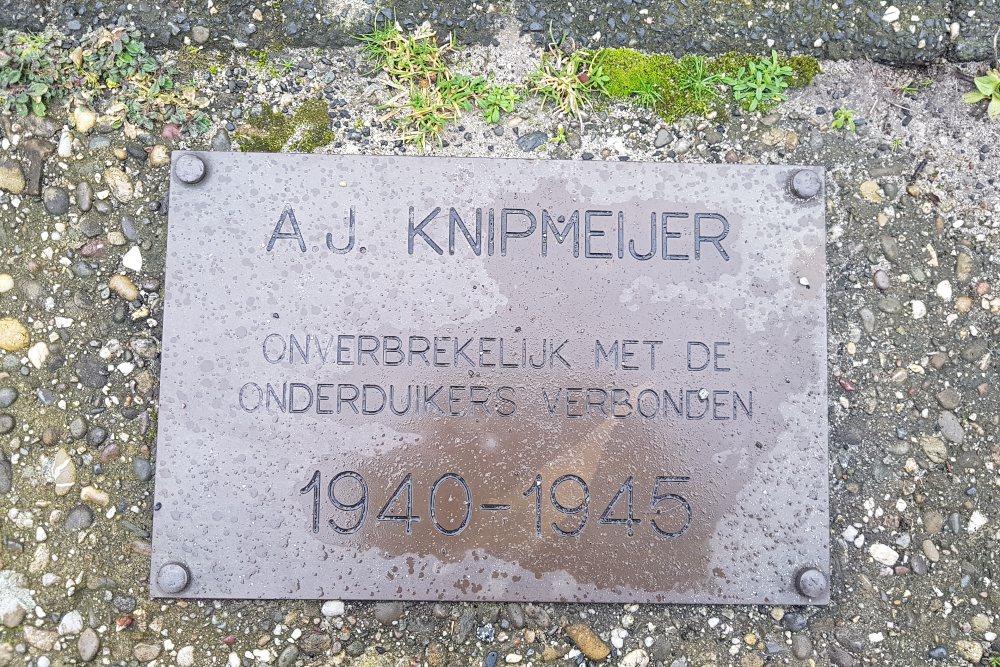 Plaque for Albert Knipmeijer in Emmeloord.

The province of Flevoland did not yet exist during the war, but the Noordoostpolder (NOP) did. It had just dried up and many farm workers were needed. These came thanks to Bert Knipmeijer, personnel officer at the Rijksdienst voor de IJsselmeerpolders in Kampen, who went in search of young men who wanted to work in the polder. Not all of these turned out to be farm boys with experience, but also many men who wanted to avoid the Arbeitseinsatz in Germany, and later also men from the Resistance.

Knipmeijer's name was known throughout the Netherlands. And his name is still mentioned in the same breath with the Dutch people in hiding paradise, the nickname that the NOP received.