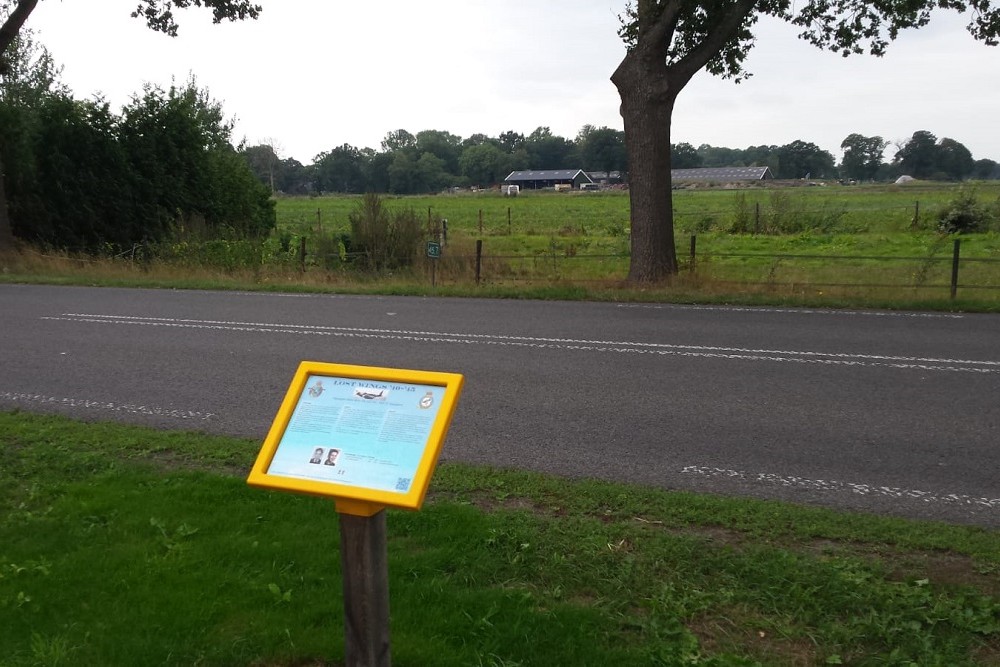 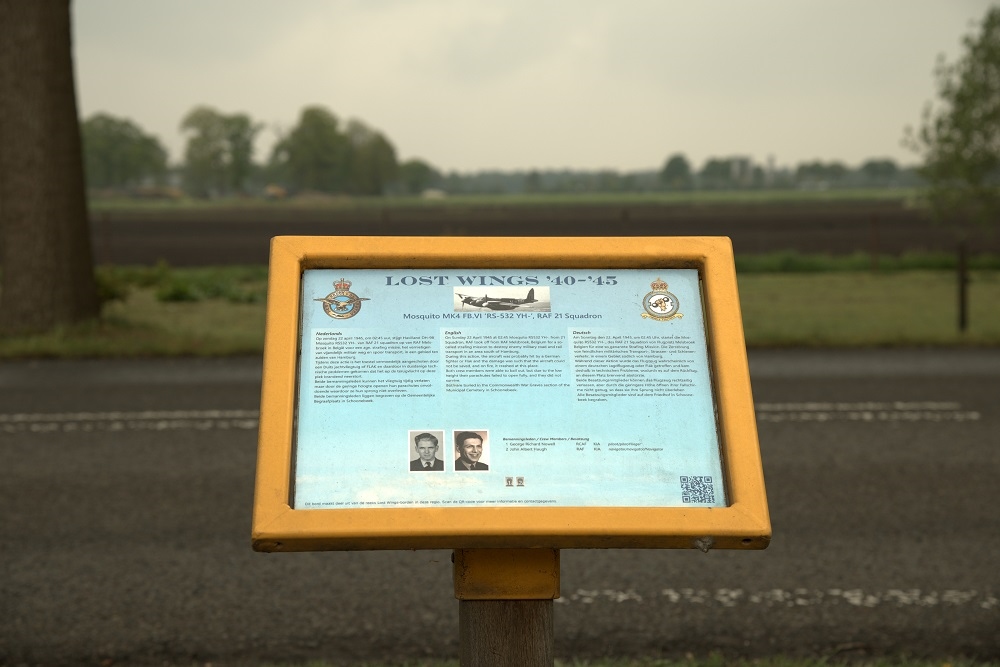 On Sunday 22 April 1945 at 02.45 Mosquito RS532 YH-E from 21 Squadron, RAF took off from RAF Melsbroek, Belgium for a so-called strafing mission to destroy enemy military road and rail transport in an area south of Hamburg. During this action, the aircraft was probably hit by a German fighter or Flak and the damage was such that the aircraft could not be saved, and on fi re, it crashed at this place. Both crew members were able to bail out, but due to the low height their parachutes failed to open fully, and they did not survive. Both are buried in the Commonwealth War Graves section of the Municipal Cemetery in Schoonebeek.