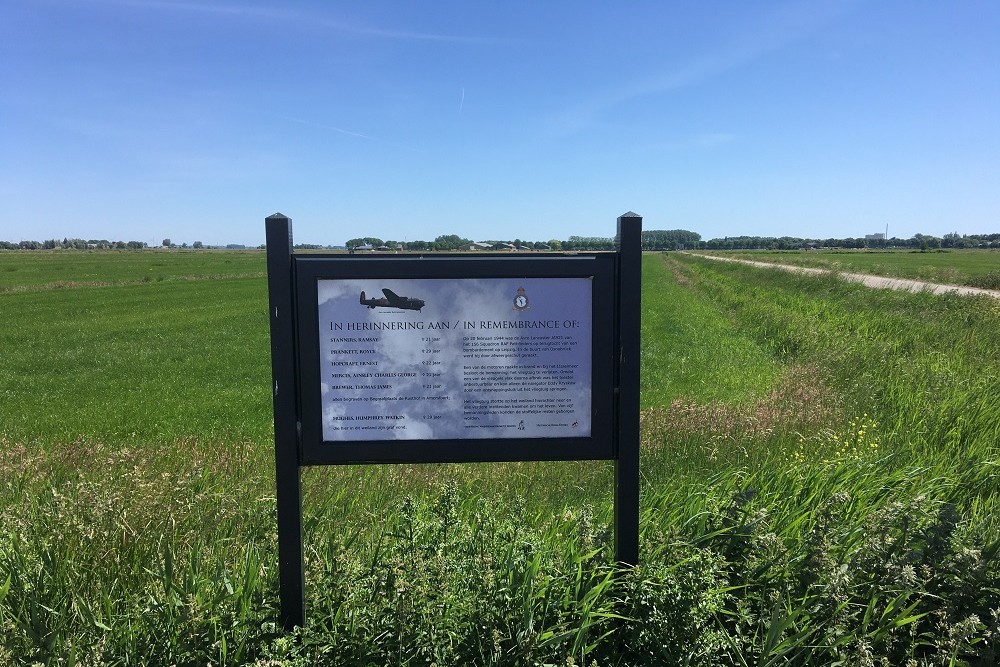 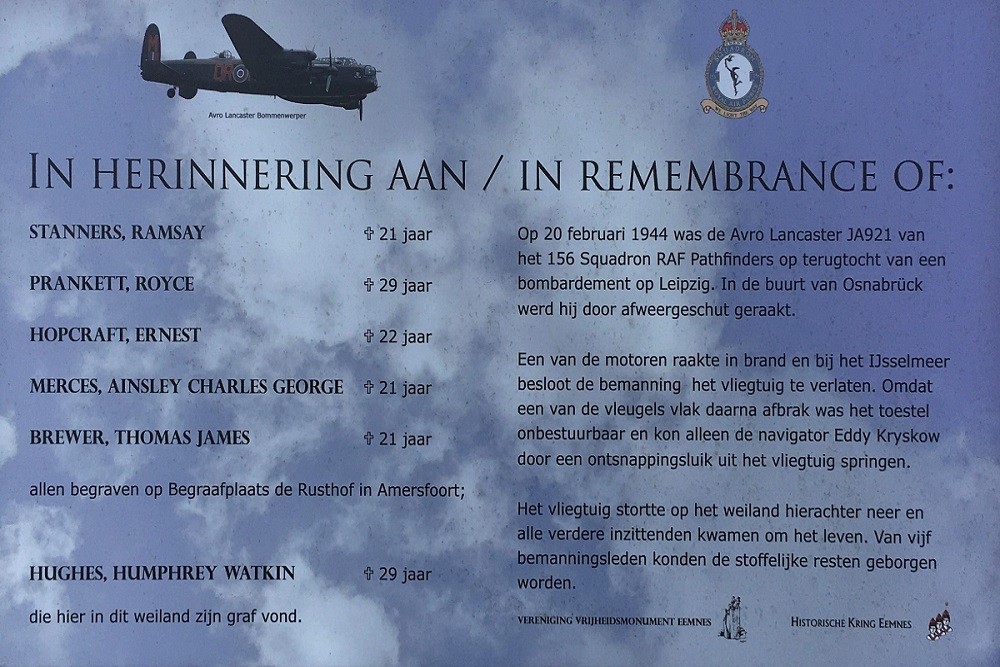 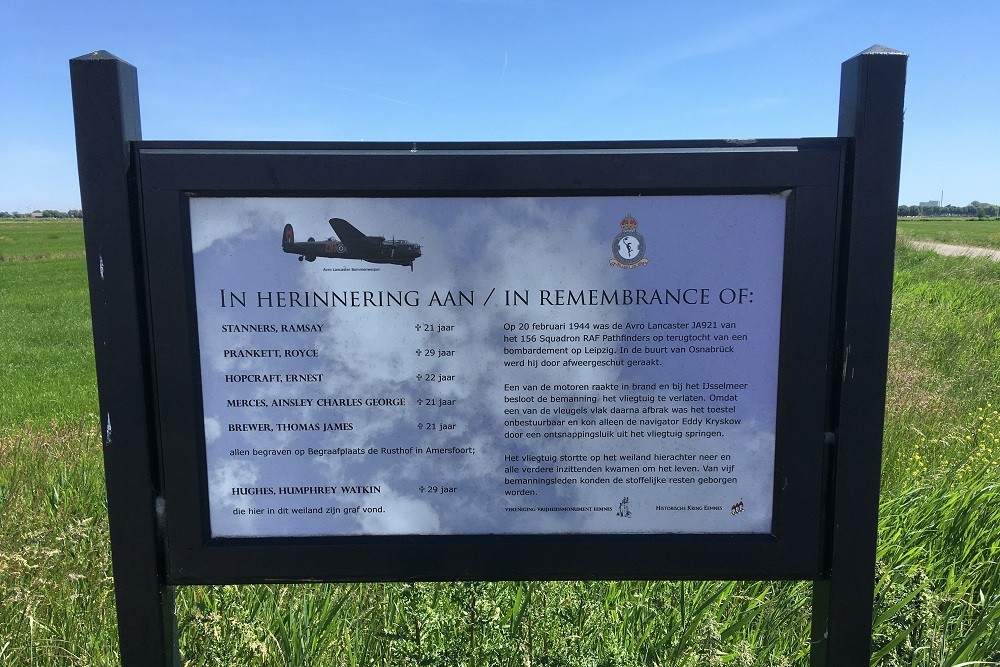 On February 20, 1944, an Avro Lancaster bomber of the RAF crashed in the meadow behind the sign.