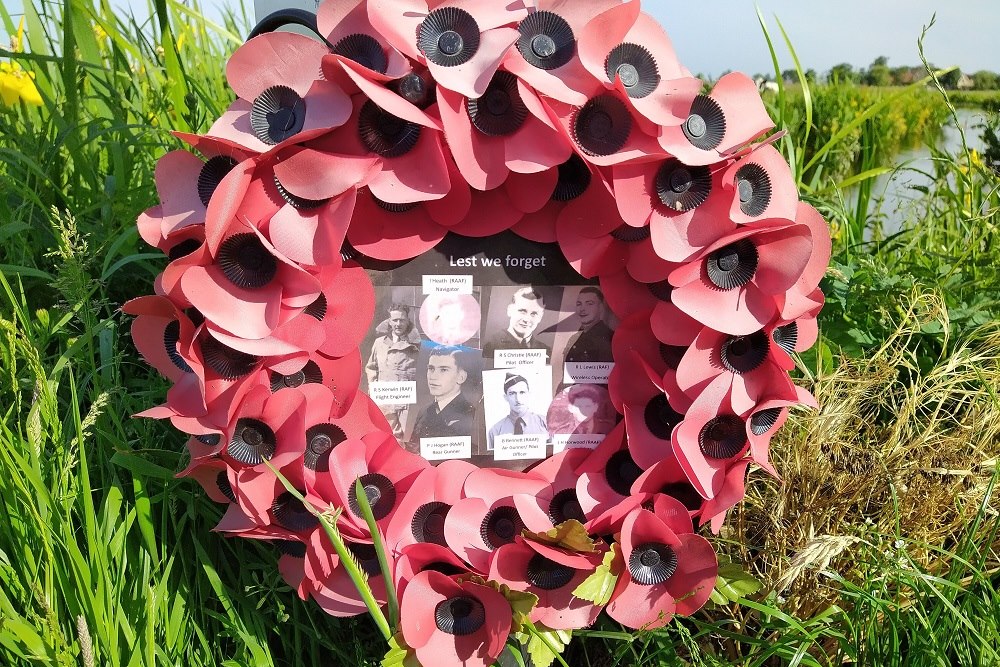 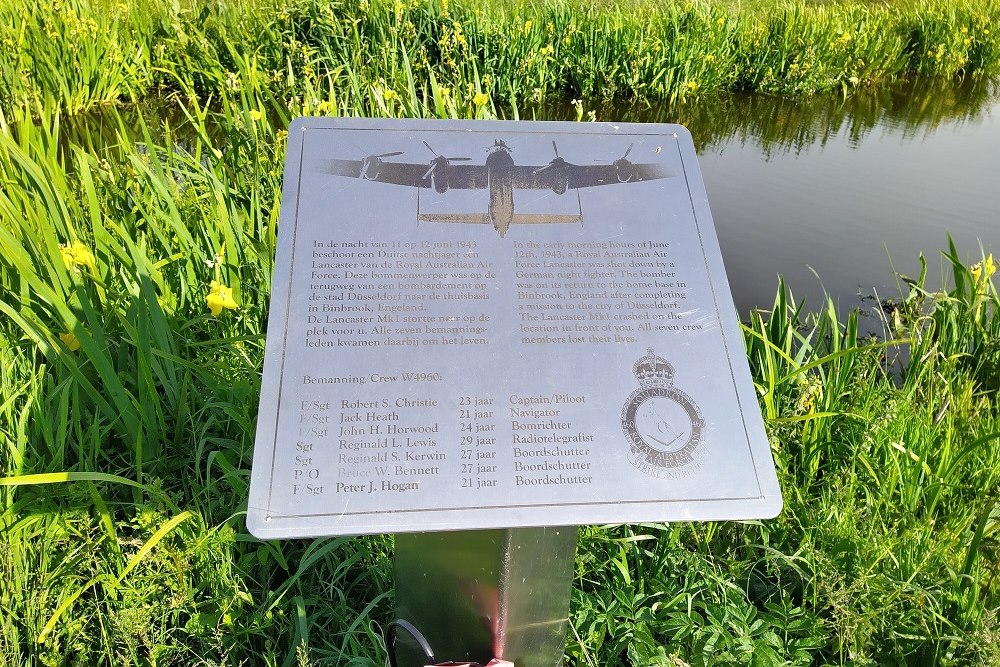 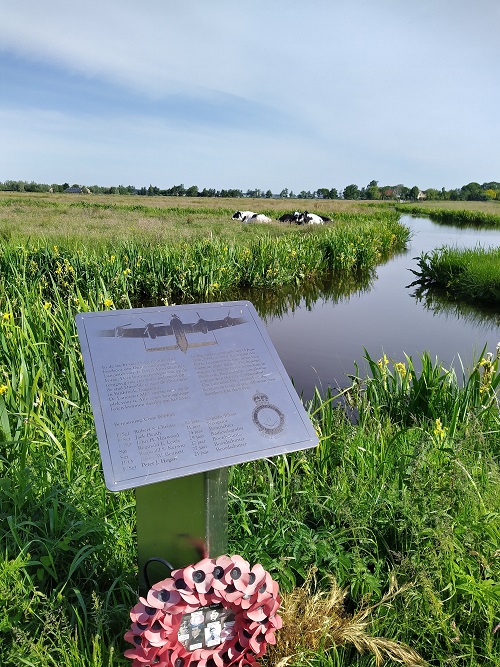 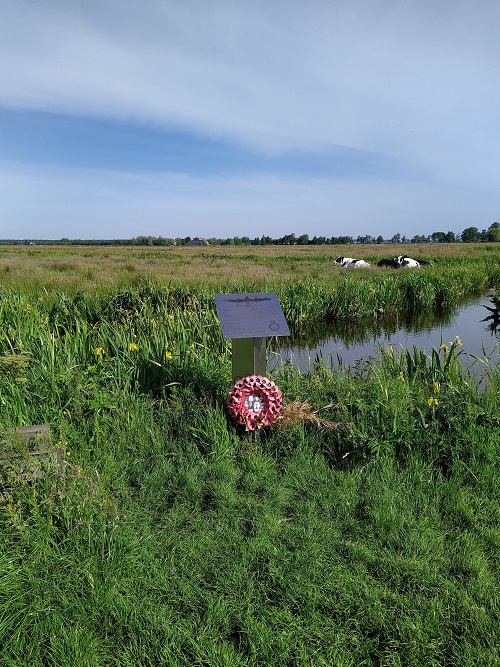 In the early morning hours of June 12th, 1943, a Royal Australian Air Force Lancaster was shot down by a German night fighter. The bomber was on its return tot he home base in Binbrook, England after completing a mission tot he city of Düsseldorp.
All seven crew members lost their lives.