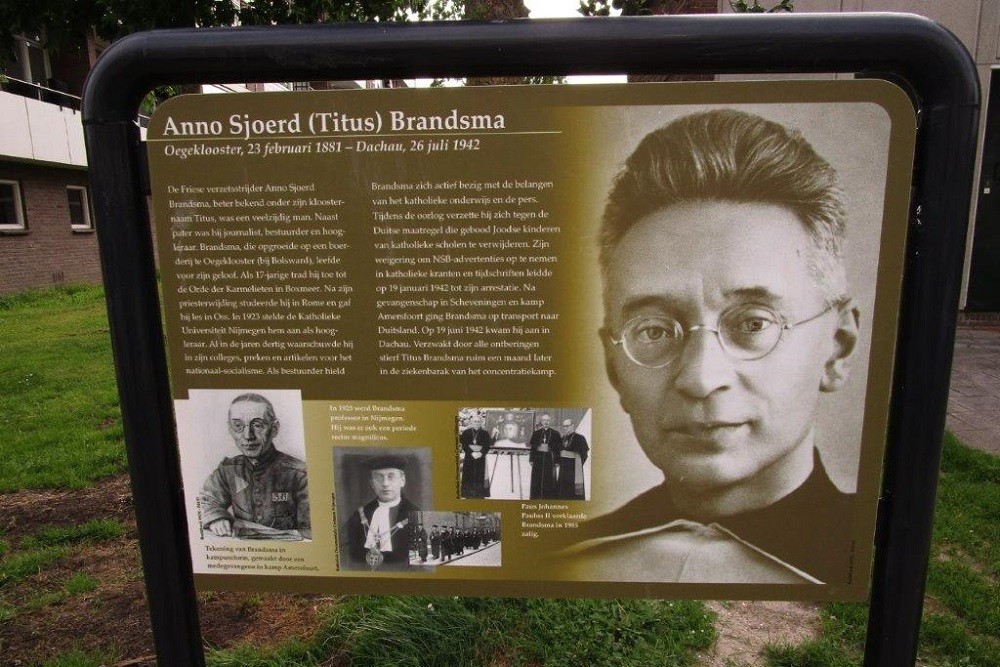 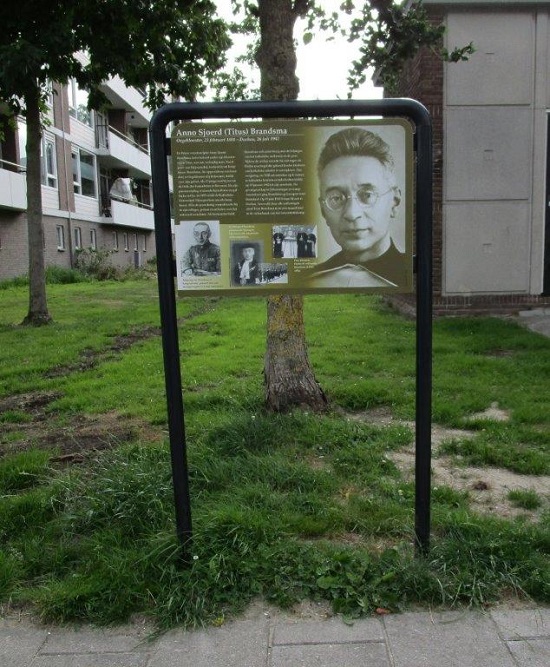 Anno Sjoerd (Titus) Brandsma warned at an early stage through publications in daily and weekly newspapers and during lectures and lectures about the dangers of National Socialism, racial hatred and incitement. He condemned the anti-Jewish measures of the Hitler regime both before and during the occupation. During the war he opposed the removal of Jewish students and converts from Catholic secondary schools and he was the architect of the ban that the Utrecht archbishop Jan de Jong issued against the inclusion of NSB advertisements in the cath. newspapers.
As a result, the Gestapo arrested Prof. Brandsma on January 19, 1942. After a trip past the "Orange" prison in Scheveningen, Amersfoort camp and the Kleve prison, he ended up in the infamous Dachau concentration camp. Here again, this "everyday" mystic was a great moral, spiritual and real support for his fellow prisoners. After a few weeks of hardship and mistreatment, he - suffering from unstable health for life - was exhausted and admitted to the camp hospital exhausted. After some medical experiments, a camp doctor with a lethal injection ended his life there.