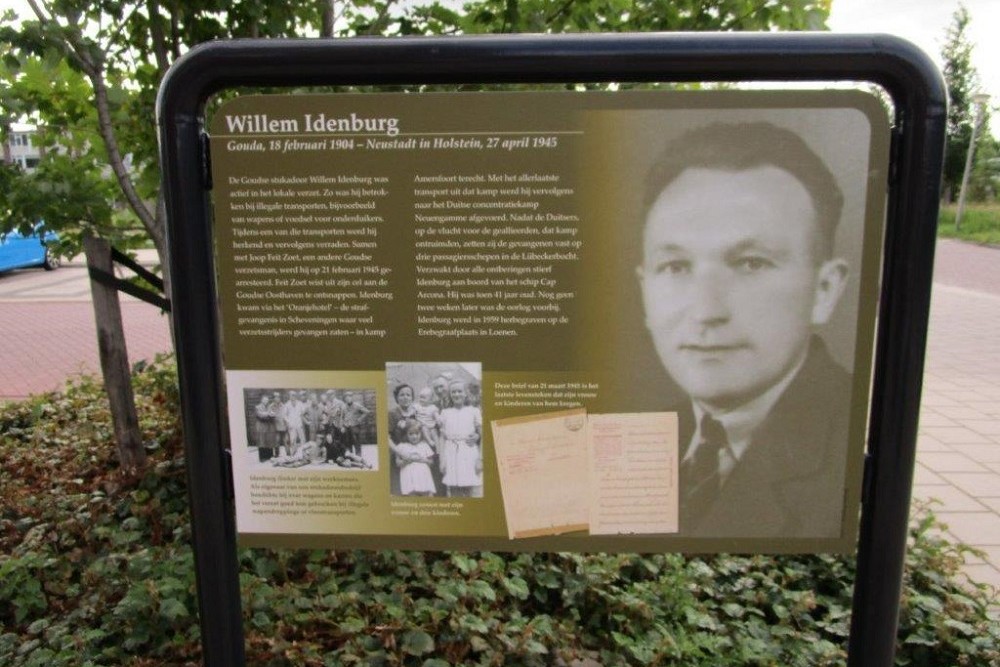 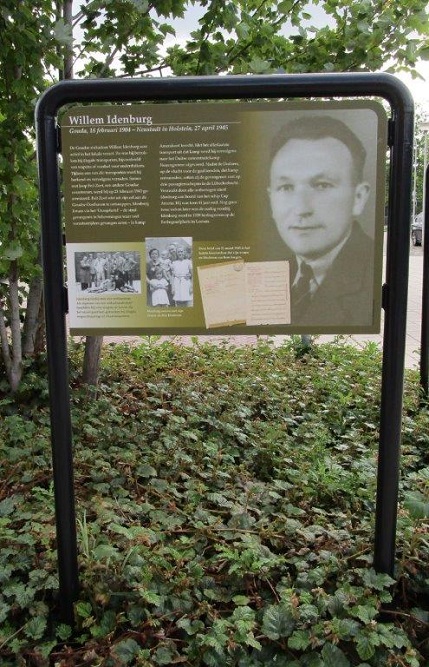 Willem Idenburg was a member of the Order Service and later of the Interior Forces. He helped people in hiding. He was betrayed and later arrested in Gouda. The resistance attempted to free him during his transport to Rotterdam, but failed. Idenburg was transferred to Neuengamme concentration camp via Scheveningen and Amersfoort. The prisoners were brought on board ships at the roadstead of Lübeck where he died aboard the Cap Arcona on April 27, 1945.