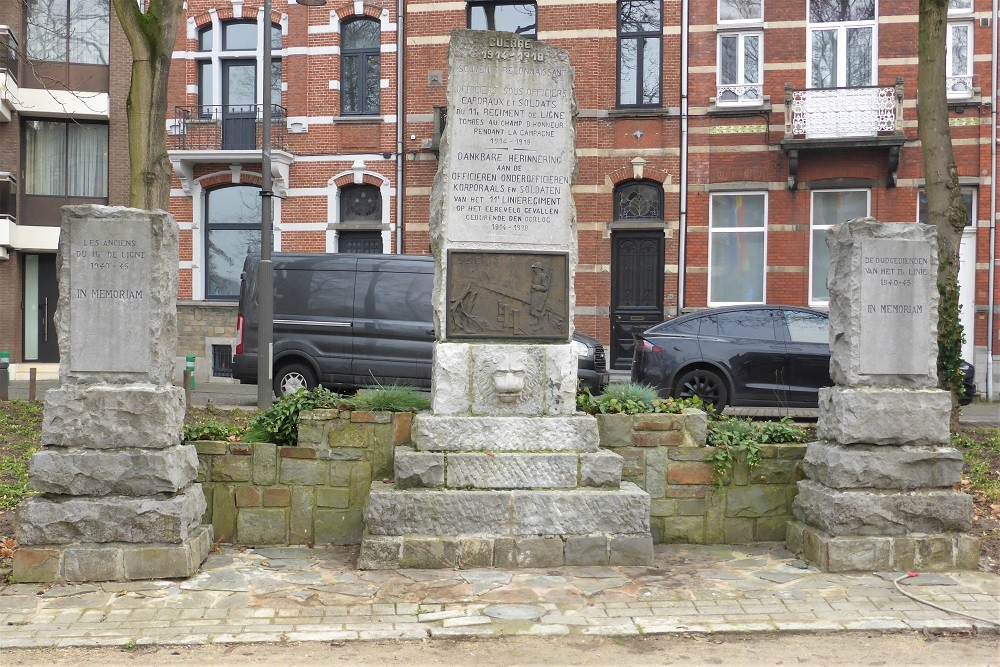 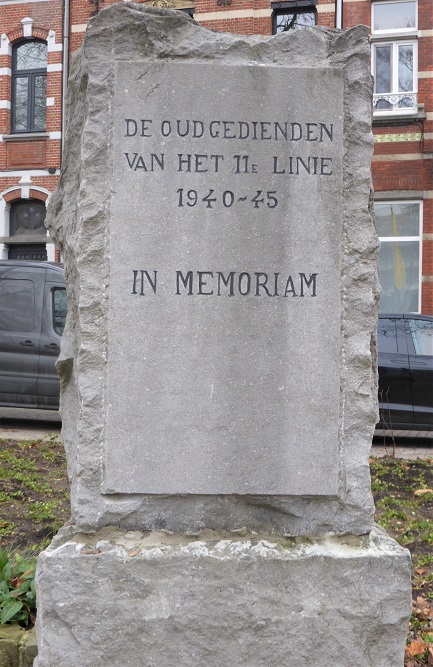 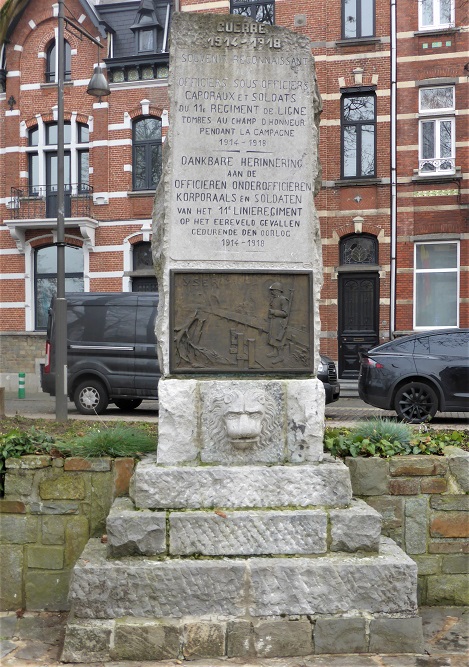 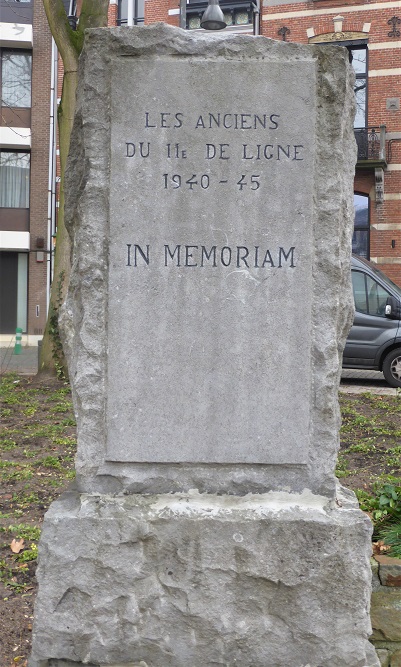 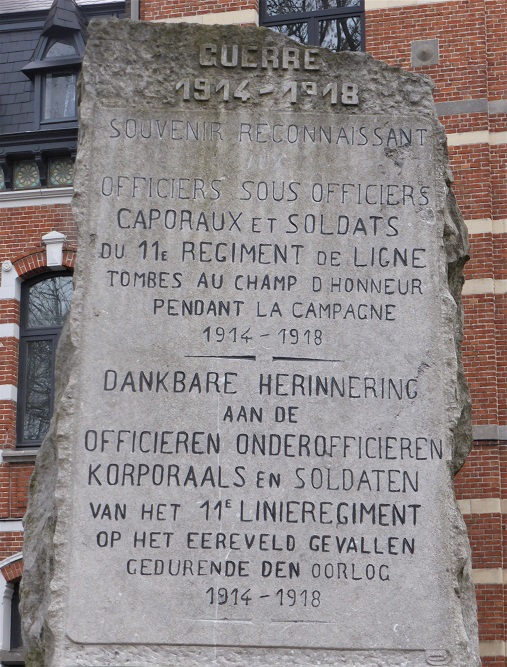 Monument unveiled on February 15, 1921 and expanded later in 1956 to commemorate the fallen heroes of the Eleventh Line Regiment of both wars.
The monument forms a kind of triptych, resting on irregularly cut quarry stone.
The middle part consists of a blue stone with text.
The two side pieces pay tribute to the men of the 11th Line who fell on the field of honor in the Second World War.