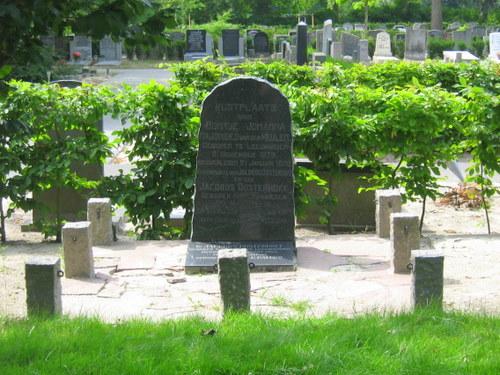 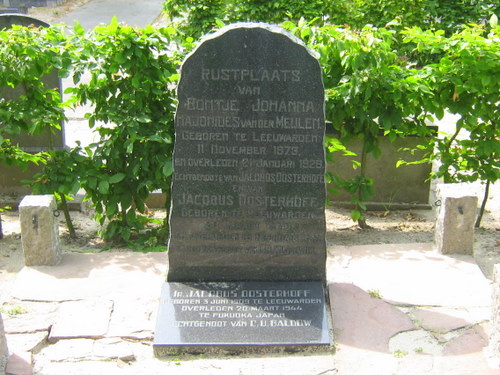 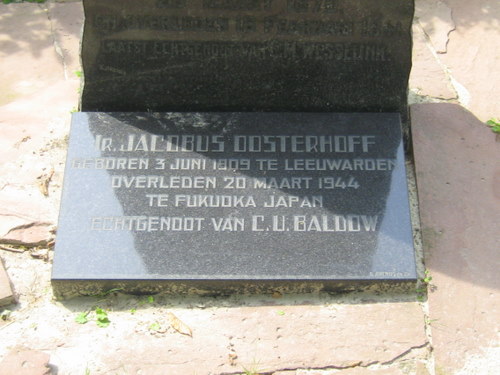 Memorial stone for Ir (i.e. master of engineering) Jacobus Oosterhoff.
Employed by the Bataafse Petroleum Maatschappij in the former Dutch East Indies, gunner with the last reserves of the army in the KNIL (Koninklijk Nederlandsch Indisch Leger = Roayl Dutch East IndiesArmy) died on March 20 in Fukuoka in Japan in internment.
The memorial stone has been placed in front of the headstone of his parents.

The text on the stone can be translated as follows:
Ir. Jacobus Oosterhoff
born in Leeuwarden on 3 June 1909
died 20 March 1944
in Fukuoka, Japan
spouse of C.U. Baldow