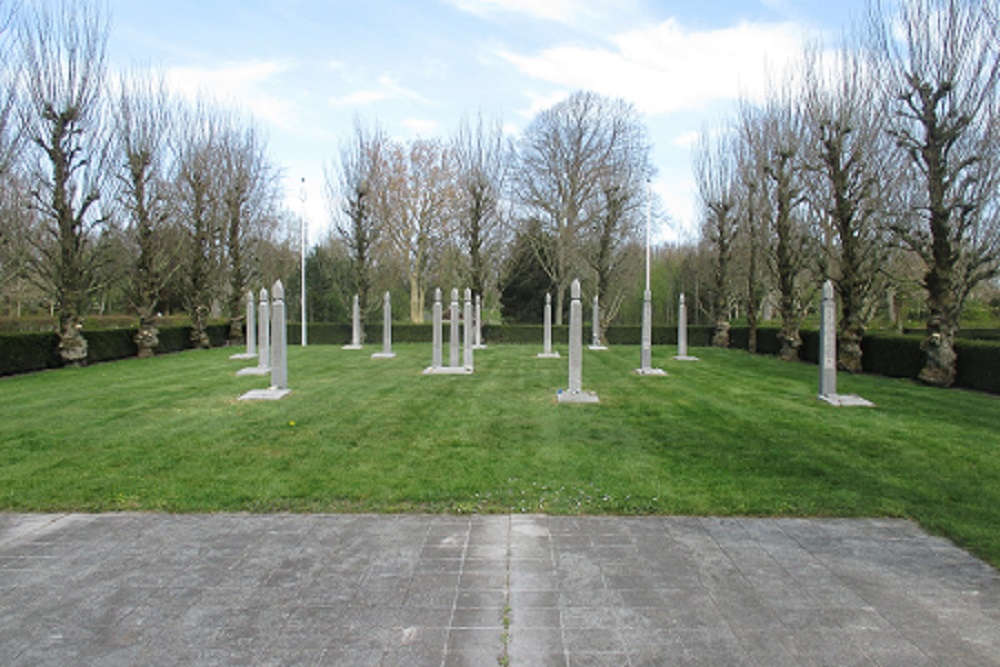 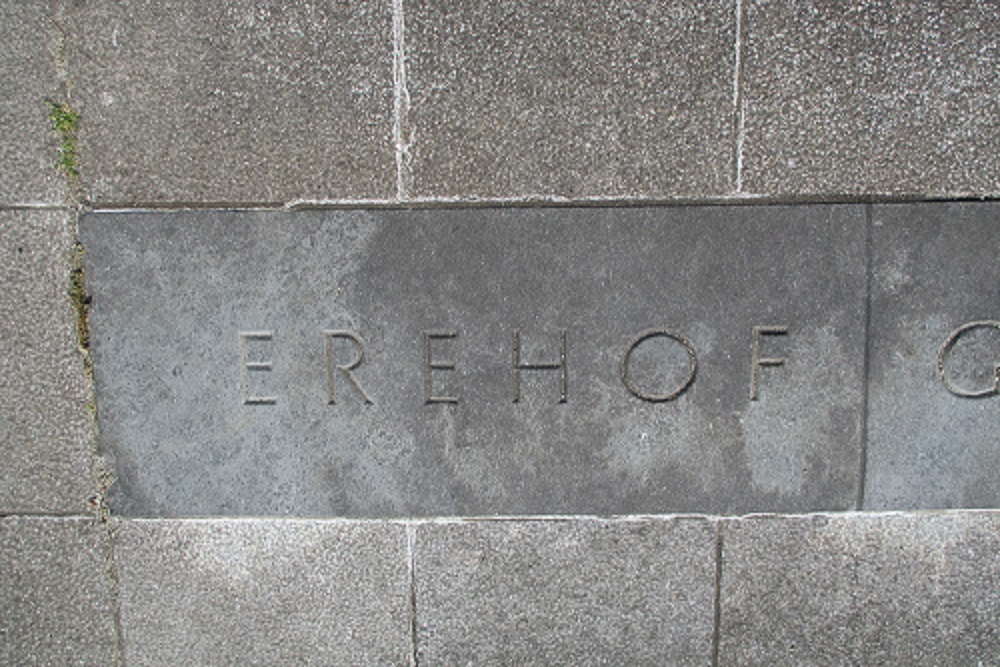 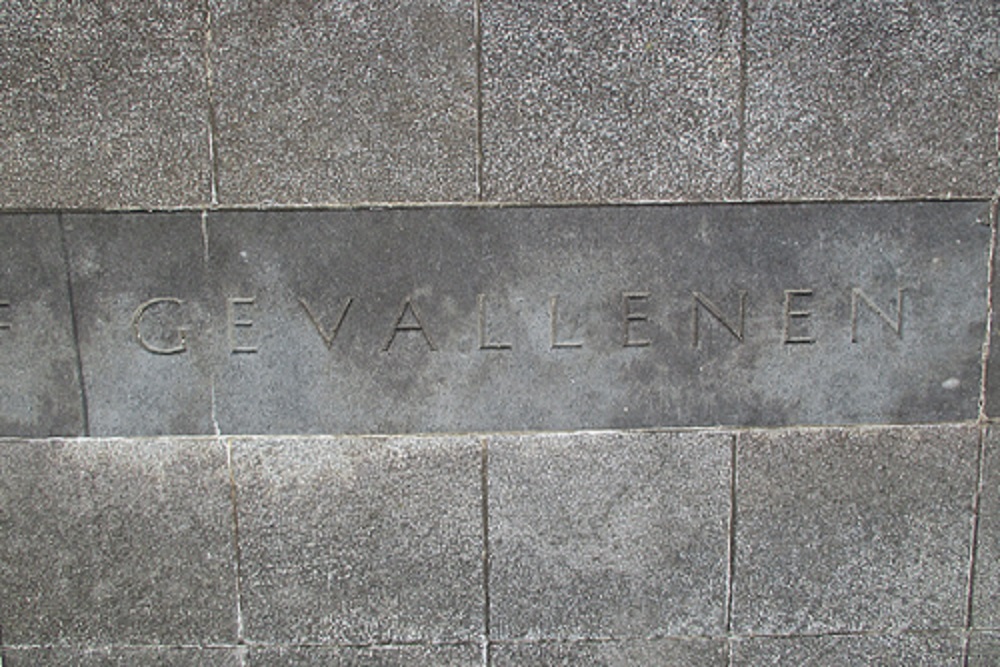 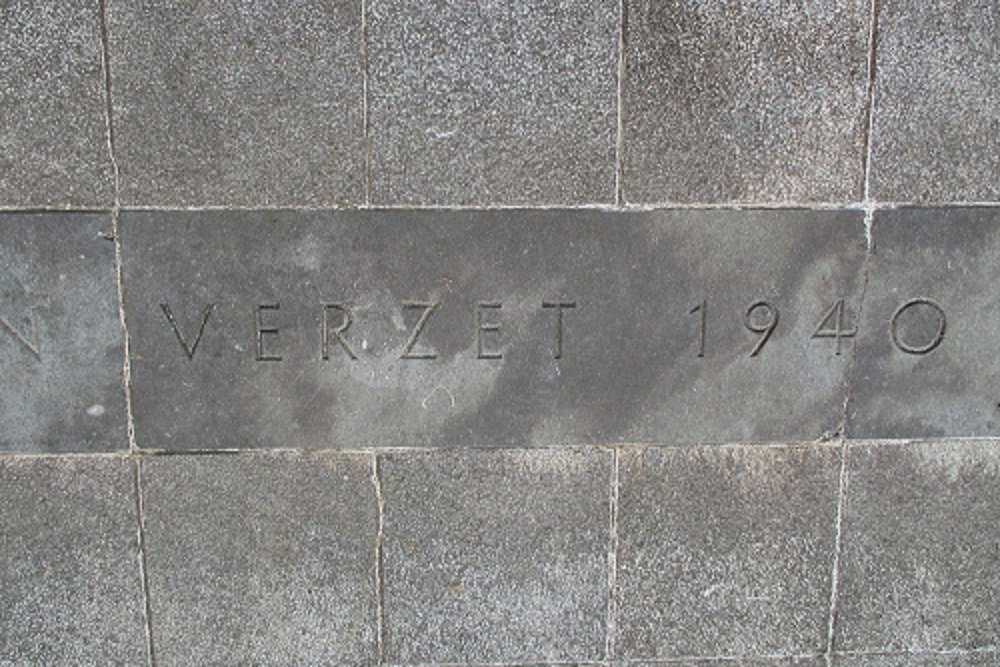 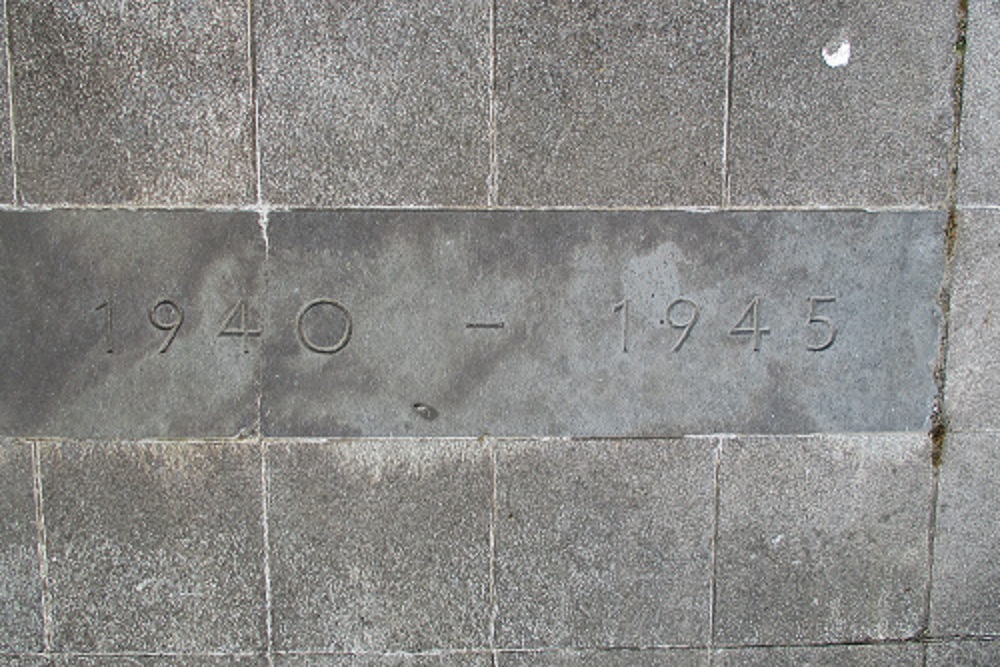 A plot contains the graves of 15 resistance fighters. In some cases, their spouse were also buried here. Every grave has its own 2 meters high narrow column, crowned with a sculptured flame and the Dutch Heraldic Lion in bas relief. These columns have been designed by the Amsterdam architect Ir. M.F.Duintjer with the motto "Torches burn at the dwelling mounts".

This can be approximately translated as: "Fallen in the battle against injustice and slavery, lest we remain alert in peace for right and freedom".

The text in front of the graves with the columns in the flagstone path reads:
Field of Honor resistance 1940 -1945

In front of the columns lies a plaque with the names and dates of birth and place of birth and death written on it. With in the back of your head the date of the liberation of Friesland being mid April, it is hard to understand that eight of the men buried here have been executed 11 April, 1945, just some days before the liberation. They were part of a group of 14 men that were shot dead on that day near Dronrijp by the Germans as a retaliatory measure for an act of sabotage on the railroad near that village.