Memorial of the Engineers 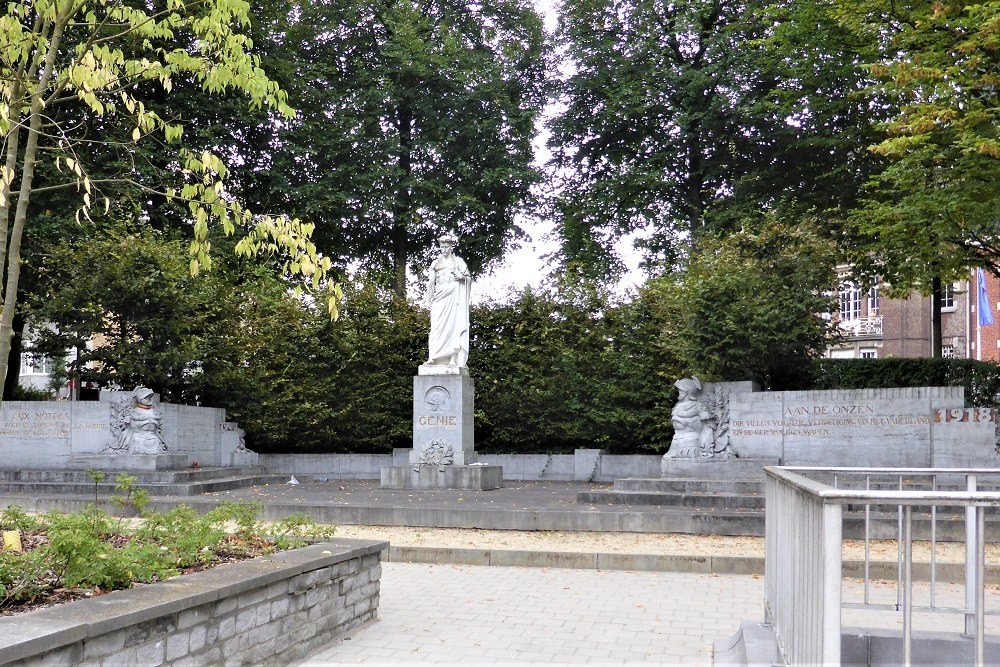 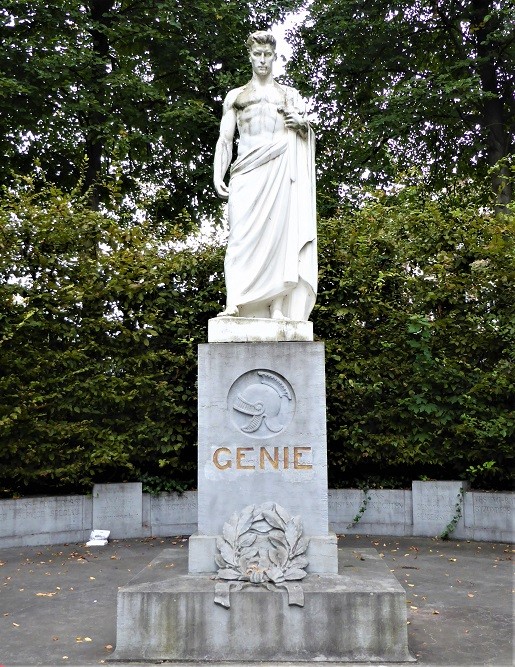 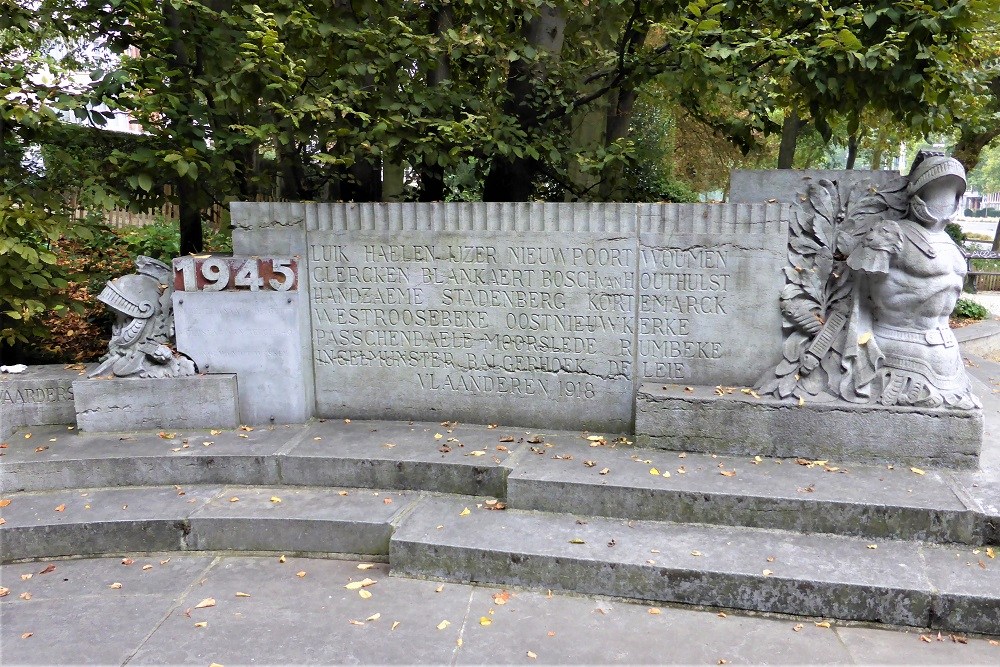 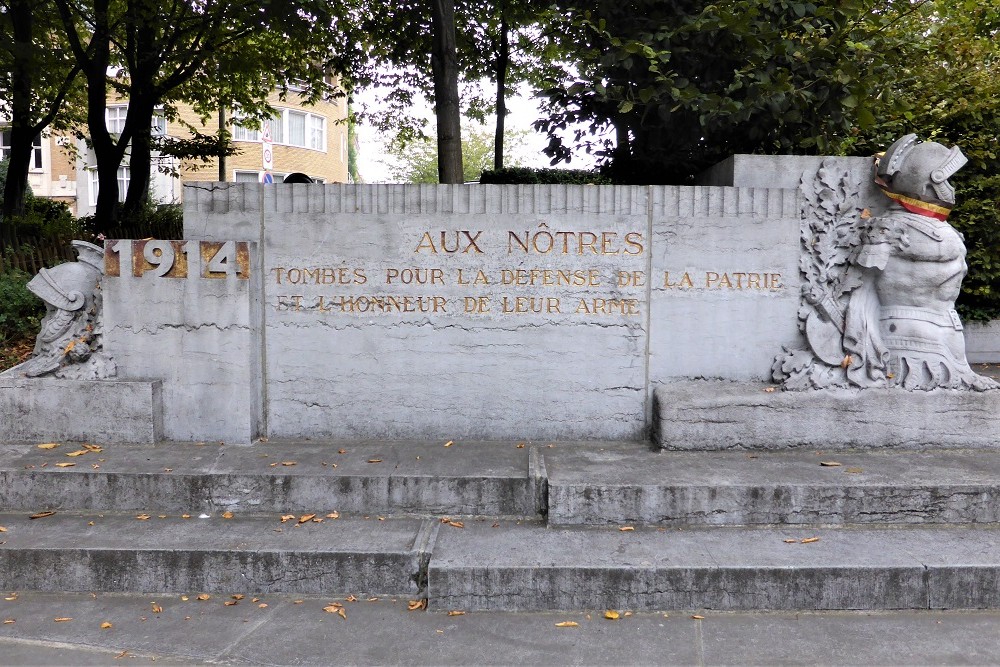 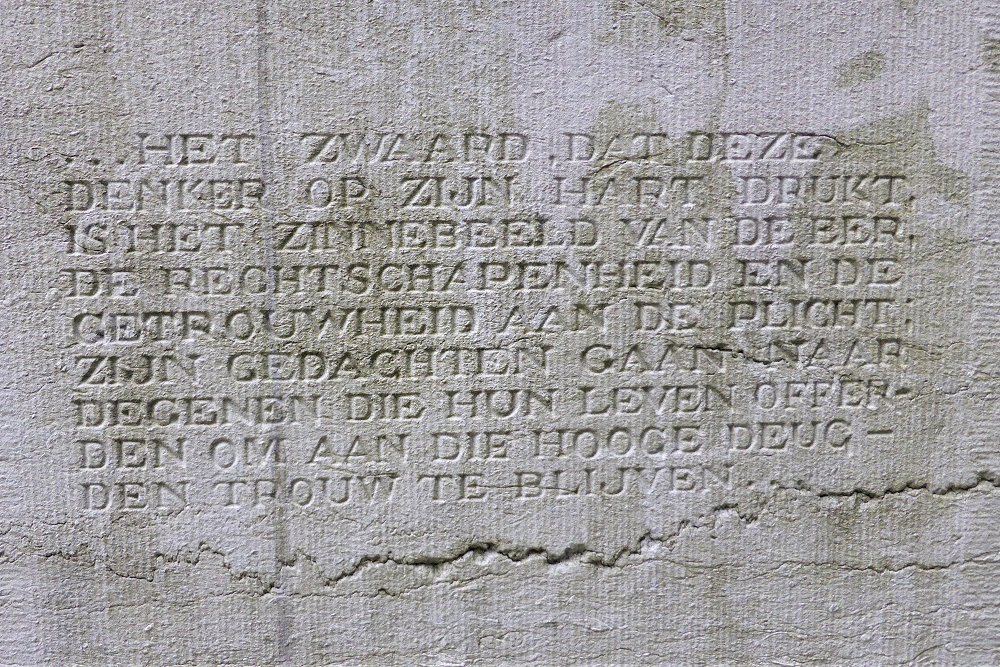 On the pedestal of the statue we read in the two national languages:
"The sword that this
thinker presses on his heart,
is the emblem of honor,
the righteousness and the
fidelity to duty;
his thoughts go to
those who sacrifice their lives
because of that high virtue
to remain faithful "

The text is located at both ends of the monument.
"To ours who fell for the defense of the Fatherland and the honor of their weapons."

But from now on, the memories of the veterans of 14-18 also had to be linked to those of all the Engineer men who fell during the Second World War.
The two years "1940 - 1945" were engraved in September 1948 in memory of the dead of the 30 battalions and two independent companies of the 1940 campaign, of the Regiment der Transmissions of 40, of the 10 battalions of Pioneers, Army Engineers and Deminers as well as of the 7 Technical or Construction Companies of the 1944-1945 campaign.