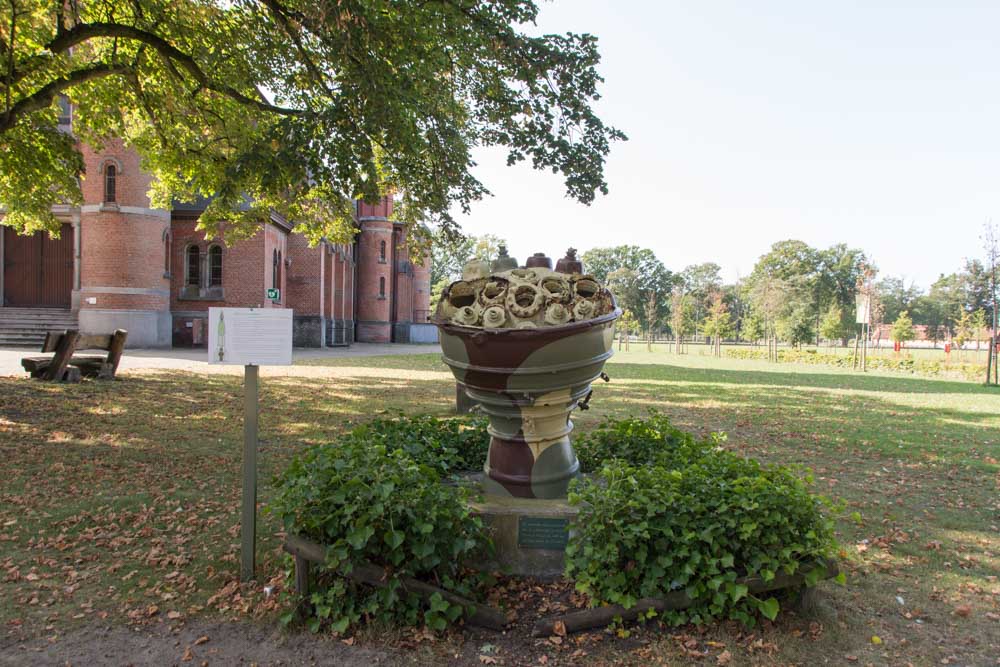 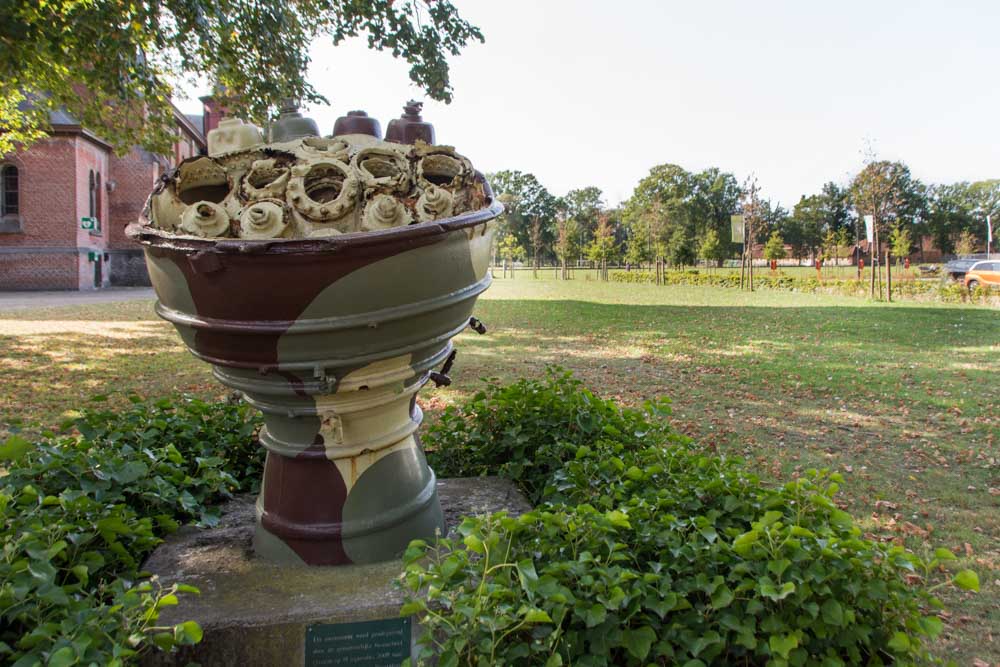 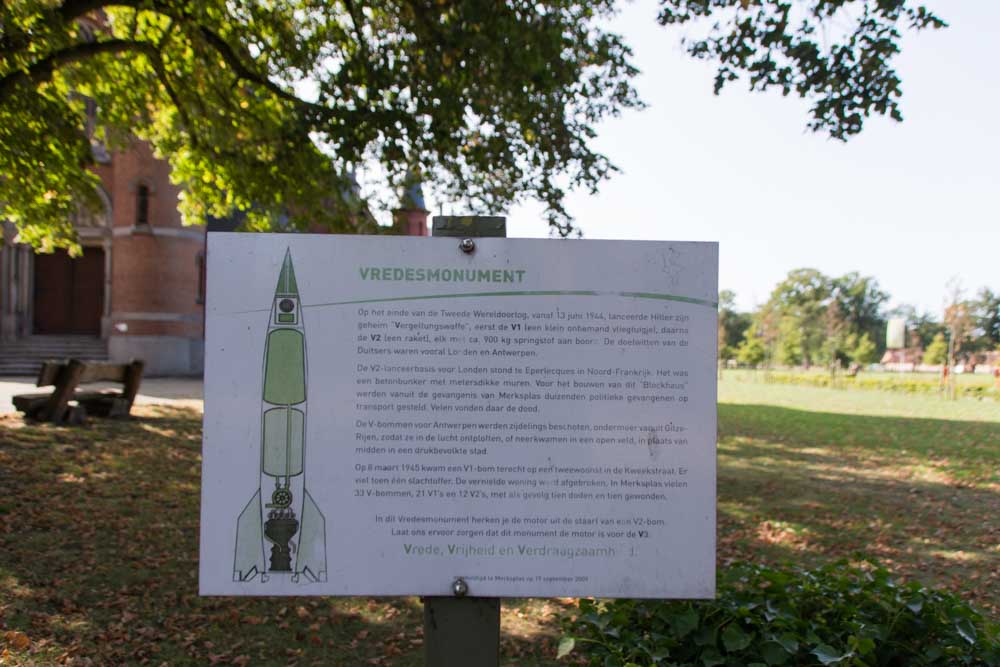 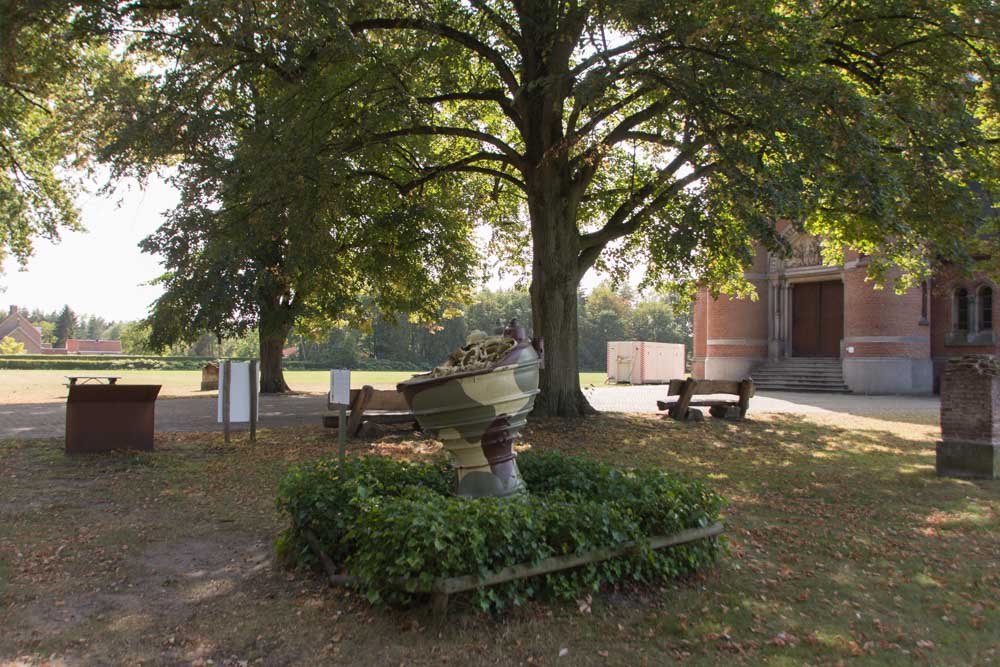 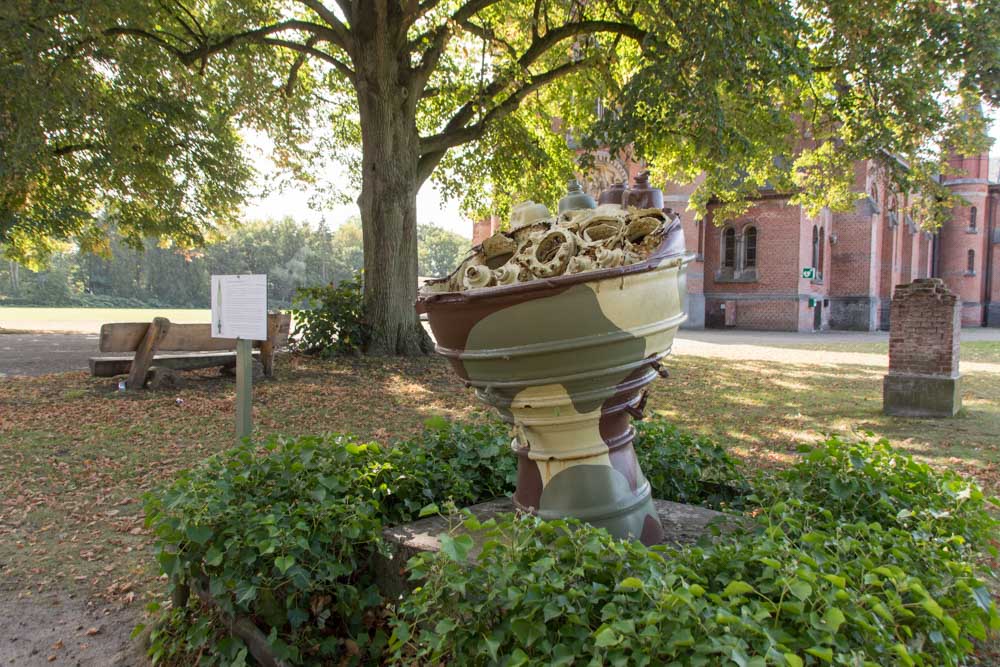 This peace memorial at the chapel of the former vagrants colony in Merksplas was made from the engine of a V2 rocket, the retaliatory weapon with which the Germans wreaked havoc on London and Antwerp at the end of the war.
On the occasion of 65 years of Liberation, this monument was adopted on September 19, 2009 by the municipal primary school of Merksplas.

At the end of World War II from June 13, 1944, Hitler launched his
secret "Vergeltungswaffe"., first the V1 (a small unmanned aircraft), then
the V2 (a rocket), each with about 900 kg of explosives on board. The targets of the
Germans were mainly London and Antwerp.

The V2 launch base for London was at Eperlecques in Northern France. It was
a concrete bunker with meters-thick walls. To build this "Blockhaus"
Thousands of political prisoners were deported from the Merksplas prison. Many were killed there.

The V-bombs for Antwerp were shot at sideways, including from Gilze-
Rows so they exploded in mid-air, or landed in an open field instead of
in the middle of a densely populated city.

On March 8, 1945 a V1 bomb landed on a two-family house in the Kweekstraat. There
then one victim fell. The destroyed house was demolished. In Merksplas fell
33 V bombs, 21 V1s and 12 V2s, resulting in ten deaths and ten injuries.

In this Peace Memorial you can recognize the engine from the tail of a V2 bomb.
Let us make this monument the engine for the V3:
Peace, Freedom and Tolerance
Inaugurated in Merksplas on September 19, 2009.