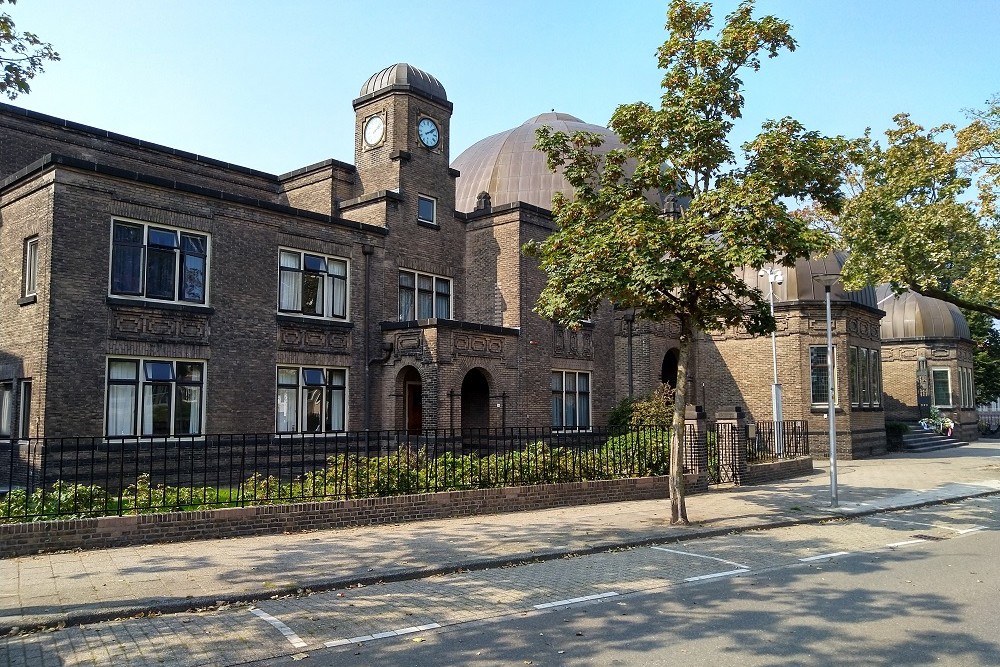 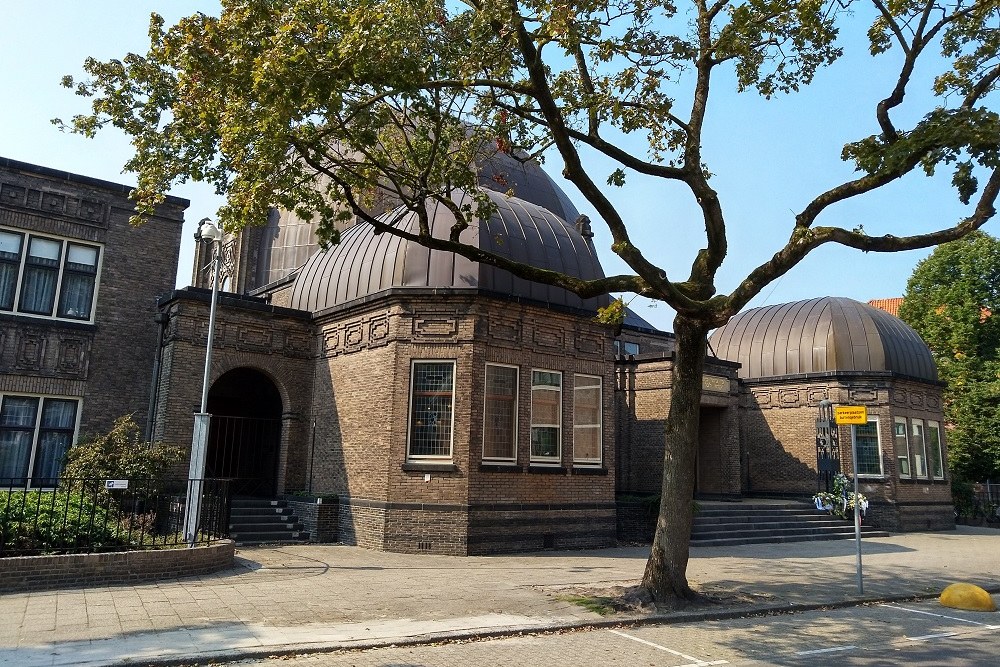 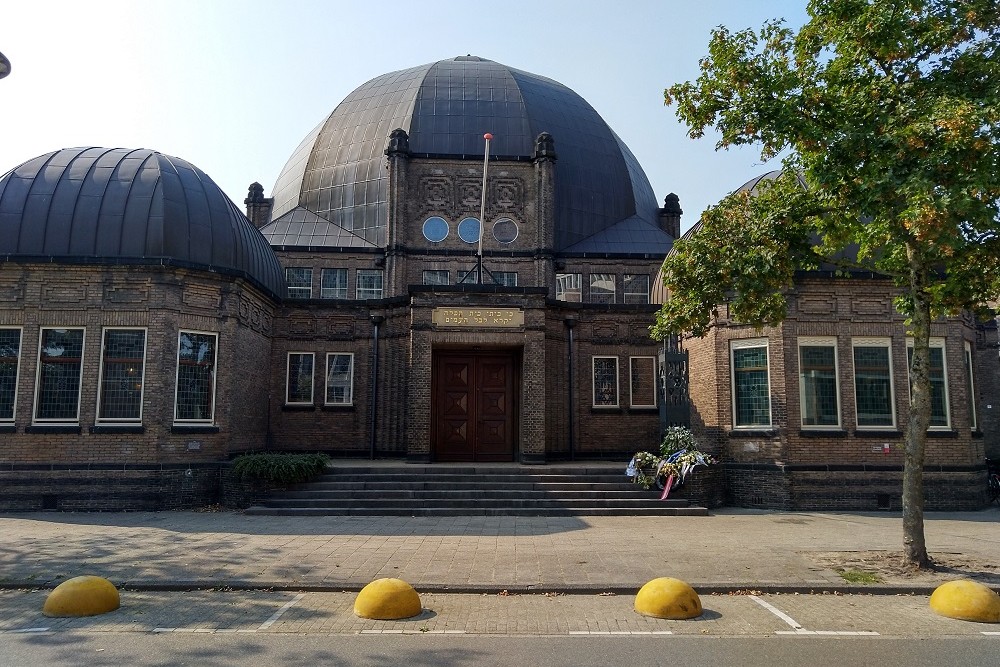 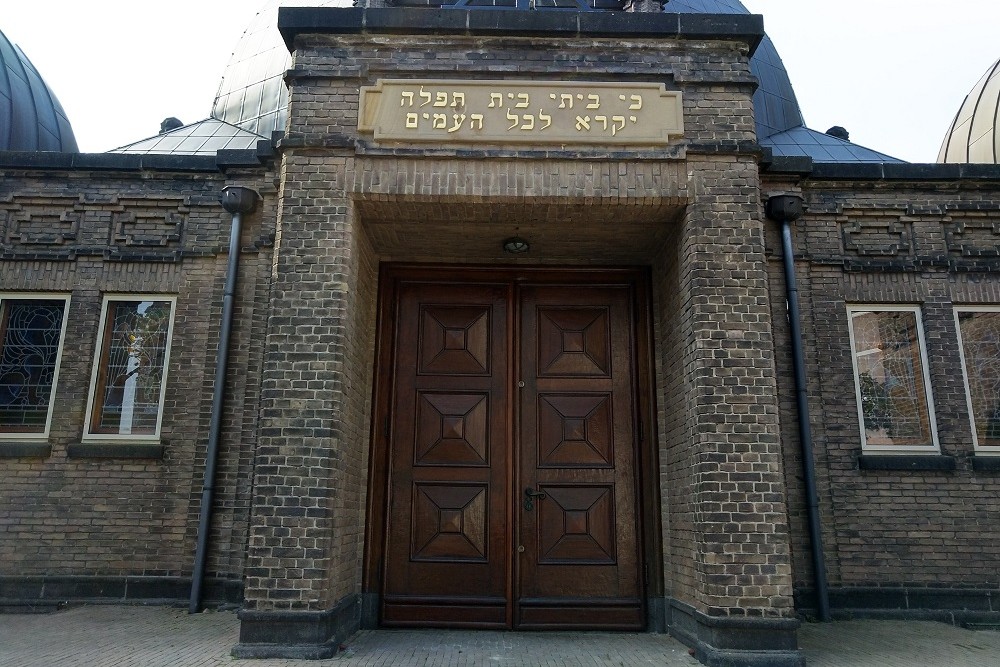 In the Second World War, the building was used as a prison by the Germans (the SD).
In total, 850 of the 1,200 members of the Jewish community are killed. That is a high percentage, but the percentage of survivors is higher than the national average because the Jewish Council in Enschede actively promoted hiding and collected money from textile barons for this. The Enschede police also played a major role in this. They often warned against raids.

A monument has been erected for the deceased, in front of the synagogue entrance.